My newest book – Cryptozoologicon Volume I, co-authored with John Conway and C. M. “Memo” Kosemen – is now available (alternatively, it can be ordered here from amazon) (Conway et al. 2013) [an ebook version is also available]. The launch event happens this Friday (December 6th) at Conway Hall, London: it will feature talks from all three of us, and tickets are still available should you wish to book and attend.

The basic premise of the Cryptozoologicon will be familiar if you’re a regular Tet Zoo reader. Inspired by the numerous exercises in speculative zoology that have long been typical of the cryptozoological literature, we’ve taken a bunch of mystery creatures (some reasonable, some silly, some ridiculous and disproven) and have devised our own visions of them; our own speculations on their evolutionary history, ecology and biology. The overall take is sceptical (god, how I so hate the fact that some cryptozoologists regard this as a bad thing…): we provide a historical review and evaluation of the mystery creature concerned (there’s a lot more text here than in All Yesterdays) (Conway et al. 2013).

What sort of things do we feature? Much as I’d like to give away a whole load of juicy details, I’ll try and contain my excitement since, duh, I want you to buy the book. But I will say that the cryptids covered include Gambo, the Row, De Loy’s ape, the Beast of Gévaudan, Mbielu-Mbielu-Mbielu, Dingonek, Buru, Ahool, Con Rit and Mngwa. Remember: we’re coming up with our own speculative interpretations of these creatures, and some of our ideas might surprise you. Some won’t, since (in places) our speculations are consistent with the general ideas discussed elsewhere in the cryptozoology literature. It’s difficult to reasonably argue, for example, that Yeti and Bigfoot are anything but hominids. By the way, if they are hominids, could they be pongines that might have a major impact on our views about the evolution of terrestriality and bipedalism? Ha ha, all is revealed… err, in the book.

As with All Yesterdays, the volume is picture-led: beautiful, full-colour illustrations by John and Memo lead each entry. If you’ve enjoyed the material produced by John [go here] and Memo [go here] before, you’ll love this book. A few of my own illustrations appear throughout as well, but they’re not quite as eye-catching.

While the main part of the book is devoted to discussion of specific cryptids, a lengthy Introduction discusses the history of cryptozoology, the role and contribution of Heuvelmans and other key cryptozoologists, the rise and fall of the ISC, and the interplay between science, scepticism and speculation. As has been stated before in other critical overviews of cryptozoological research (Meurger & Gagnon 1988, Magin 1996, Naish 2000, 2001, Loxton & Prothero 2013), many of the ideas of the cryptozoology literature – promoted by Heuvelmans, Ivan Sanderson, Roy Mackal and other prominent authors in the field – are inherently illogical, poorly founded, erroneous and weak: I’m afraid that these individuals were not exactly shining beacons of brilliant scholarship, but guilty of sloppy research, of coming up with ridiculous ideas, and of being very much out of date with respect to the things they wrote about.

2013 has already seen the appearance of a very important volume on cryptozoology: Daniel Loxton and Donald Prothero’s also sceptical Abominable Science! (Loxton & Prothero 2013)*. Of course, we have no real idea yet how Cryptozoologicon Volume I will be received (though a few very positive reviews are already online), but here’s hoping. If you like it and have read it or looked at it, please consider posting a brief review at amazon. And, yes, Volume II is on the way real soon. Until then, I’m sure the launch event will be fun – speaking of which, yikes… back to preparation.

* A book that I have now read and want to review as soon as time allows.

I will likely have more to say about the book in the near future, but that’ll do for now.

For previous articles on the Cryptozoologicon and its contents, see… 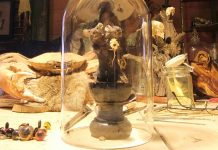 RIP Charlie Daniels! You were an icon and will be greatly missed! google.com/amp/s/amp.tenn…

My idea of #SocialDistancing involves my Sea-Doo and a beautiful lake. @BRPSeaDoo pic.twitter.com/BR7R0vPnpR

Daughter gave us a strange gift. Yep, that’s our Dogs. Maddie, Tucker and Chewy. I think I’m a bit creeped out. instagram.com/p/CB10yhsno87/…

@mscaitlin55 well an Early Happy Birthday to you!