My mother always says you should be more afraid of the living than the dead, so I tend to take tales of hauntings with a pinch of salt. Yet, standing on the top floor of Loftus Hall — which is purported to be Ireland’s most haunted house — even this cynic felt a shiver down her spine when the lights went out.

The house’s owner, Aidan Quigley, was giving me a tour of the three-storey, 22-bedroom Palladian mansion, which sits on the windswept Hook Head peninsula in Co Wexford. He bought the near-derelict property in 2011 and turned it into a destination for paranormal tours and sleepover events.

The house has its origins in the 12th century, and has historic connections including the Normans, Oliver Cromwell and Queen Victoria.

As for the ghost story, it tells that in the 1760s, the daughter of the house Lady Anne Tottenham welcomed in a stranger to shelter from a storm. Apparently, while playing cards, she dropped one, bent down to retrieve it and discovered that her guest had cloven hooves instead of feet. Upon hearing Lady Anne’s screams, the stranger made for the exit, shooting through the roof in a ball of flames. A stricken Anne never recovered from the shock, was confined to the house until her death and supposedly haunts it to this day.

A more likely story is that Lady Anne welcomed in the stranger, fell in love with him but was left heartbroken when her father refused them permission to marry. During a renovation of the house years later, the skeleton of an infant was discovered in the walls. The real story could have been that Anne was pregnant out of wedlock and shut away until her death.

Since then, the house has gone through several incarnations. It has been a hotel, a convent and a private home. The building as we know it was constructed the 1870s by John Henry Wellington Graham Loftus, the 4th Marquess of Ely, in anticipation of a visit from Queen Victoria. She never showed up and the renovation resulted in financial ruin for the family.

Quigley’s first memory of Loftus Hall was when, as an eight-year-old, he visited while it was a hotel. It would be another three decades before he bought the property. He had grown up in nearby Carrig-on-Bannow and, on a visit to his mother’s home in August 2011, he saw an advertisement for the house in a local newspaper. It had sold a few years earlier for €1.5m, but was back on the market for the much reduced price of €660,000.

At the time, Quigley was coming out of a marriage break-up, was contemplating a move to France, where he ran a bike-tour business, and was a little bruised from the downturn in the property market. It was a fine day, so he convinced his brother Shane to come with him to view Loftus Hall, which came with 63 acres that stretched down to near the bottom of the peninsula and included access to cliffs and a beach.

“Standing on the beach, I thought there were few places that could better this. It was a real reconnection with the area. I rang the agent, made an offer and gave him 72 hours to get back to me. I was standing on a mountain in France when I got the call to say the offer had been accepted. I hadn’t a clue what to do with it.”

The most immediate job, however, was to save the house — Quigley estimates it was about six months from dereliction and, over the course of the next six months, he and Shane spent about €1.5m on its restoration. They had to repair the roof and invested a large sum in the home’s star attraction: the great hall, with its grand wooden staircase, carved by Italian craftsmen; ornate parquet and encaustic tiled floors; and a stained glass lantern skylight. They also added a cafe and reception area to the rear.

Structural damage to parts of the house had to be repaired. A drawing room was in bad repair, with water leaking through the roof and the doors buckling under the weight of it, so Quigley restored the room, repairing the intricate ceiling coving, the original doors, window shutters and timber floors. He hung William Morris wallpaper, with the intention of hosting afternoon teas, but ditched that idea because he didn’t feel the house was right for it. This room highlights Loftus Hall’s potential.

Much of the rest of the house is in its degraded state — there is peeling wallpaper, wooden beams are visible through damp ceilings, windows are boarded up and you can’t get into some rooms because the floors have gone. Even in some darkened rooms, however, you can make out intricate plasterwork and decorative woodwork. The house also features a couple of bow windows that will eventually provide panoramic views of the water and Hook Lighthouse.

“The house had been locked up for years. It was like the Marie Celeste. We wanted to preserve that — we hadn’t any money to do anything else, but also because it’s what people connect to,” says Quigley.

The nine years that he has owned the house have been busy. In 2017, the film The Lodgers, starring Deirdre O’Kane, Moe Dunford and David Bradley (of Game of Thrones fame), was recorded at Loftus Hall. Some of the set remains, including a velvet-draped four-poster bed, a bathroom, and a trap door in the hall.

From Penta: House That Had Cameo in ‘Love Actually’ Asks £2.75 Million

In 2016, he hosted the Waves Festival, with Nathan Carter as the headline performer, but said it wasn’t a success. Quigley also staged a test run for glamping on the site, but abandoned that concept when he realised the house would be vulnerable to drunken revellers.

Last year he got married in the stunning formal gardens to the side of the property. Barbara Kelly, a horticulturalist and artist, has done a fine job of restoring and replanting the grounds, which now feature a Victorian garden with water feature, and a parterre. Last week, the gardens were in full bloom.

Quigley is giving up the ghost on the house and has put Loftus Hall and its surrounding 63 acres on the market for €2.5m. He isn’t sentimental about the potential sale. “I’ve enjoyed my time here but we bought it, we didn’t inherit it. This building will stand well after I’ve gone. I’m not even a chapter, I’m a footnote, in its history,” he says.

He admits that future owners may be scared off by the €2.5m price tag, but if a wealthy buyer wants to chance living in a haunted house, he is willing to work on the restoration. A new owner could easily plough a couple of million euros into bringing it back to its former glory. An individual or business with limitless funds could invest up to €20m in turning the tall, dilapidated coach house to the rear into hotel accommodation. New owners should also work with Wexford county council to complete protection works to the cliffs.

“Loftus Hall is more than a house. It is a business, and we’ve invested so much in the brand, but it also allows people to buy into a part of history,” says Quigley. New owners will have plenty of stories to tell.

Quigley is selling the property himself and won’t be hiring an estate agent. 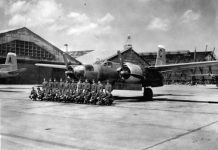 Most haunted Staffordshire places, according to paranormal investigator – Burton Mail

A haunting whodunnit – or is it? – Sydney Morning Herald