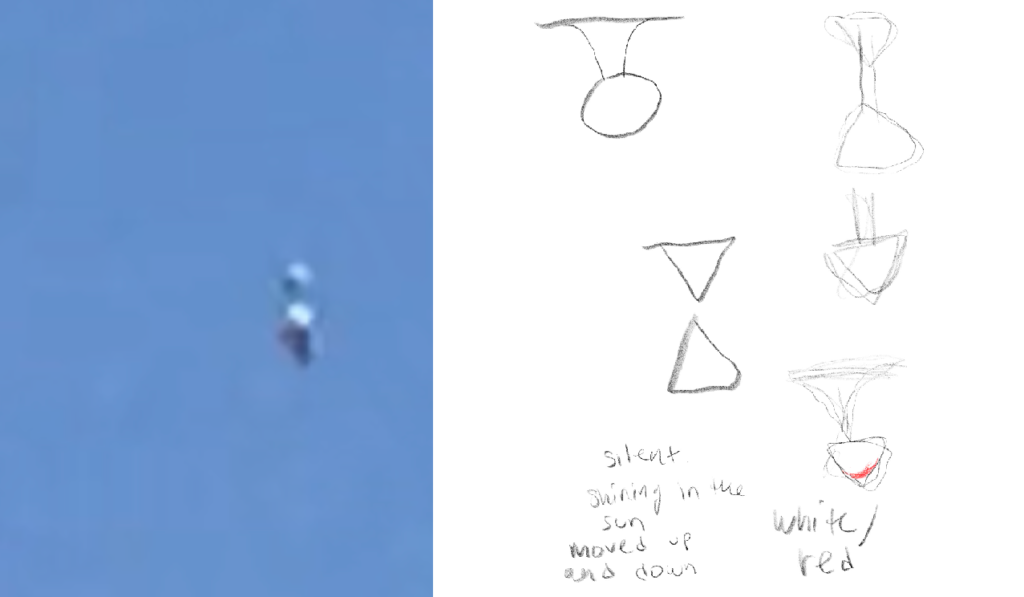 This daytime UFO sighting was caught on tape in the sky above Armistead in California on 11th June 2020.

Witness report: Daylight sighting of angular white “stacked” or dumbbell shaped craft near Red Rock Canyon State Park. Slow steady movement, no sound. My boyfriend and I were driving north on CA HWY 14 (395) outside of Red Rock Canyon State Park near Hart’s Place and Armistead when we spotted an object hovering roughly 500 ft above the open desert valley to our right. We pulled off the side of the highway to view the white object which seemed to be maybe 800-1000ft from us and made no sound. The craft was vertical, and almost looked like two separate objects stacked and connected like a Tinkertoy. The top portion of the craft was smaller than the bottom, which ruled out weather balloon for me. Both sections of the craft appeared to be angular and almost looked to be rotating separately, and it reflected in the sun. It slowly moved W towards us (getting only slightly closer) then moved NE up the valley and gained altitude slowly until it was no longer visible. Our sighting ended when we were no longer able to see the object high up in the sky. I know there are multiple military bases in the area (China Lake, Edwards AFB) and I have witnessed jets flying through the valleys multiple other times, but the only military equipment I could compare this to was a V-BAT UAV, and even that has its differences. I watch the skies often and keep up with UFO news frequently, but have yet to find anything similar to what I saw. I did my best to take video, but I also have zoomed still frames and drawings that were done minutes after the sighting. If the video is over compressed you may not be able to see the object, so please contact me if you’d like the original video to enhance. 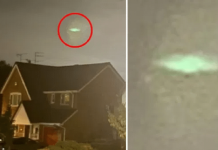 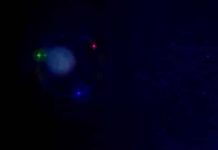 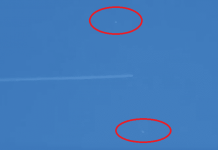