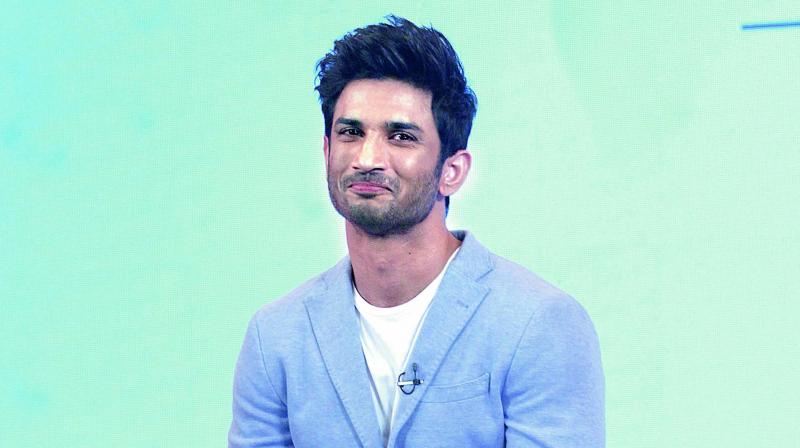 On July 21, Chicago-based paranormal activity expert Steven Huff announced that he had spoken to the spirit of the late Bollywood actor Sushant Singh Rajput. The disputable claim broke the Internet.

Huff claimed that he called the late actor’s spirit after receiving several requests from his fans. He said it was the first time he has spoken to an Indian celebrity.

Just at a time when Sushant’s fans were still reeling from the shock of Sushant’s death, the alleged interaction of his spirit with Huff has fuelled the conversation over the actor’s apparent suicide.

In the video, Steven Huff is seen questioning the ‘spirit’ of Sushant. A voice can be heard responding to his questions including if he (Sushant) is getting light ‘there’ and if he needs something; the voice is heard saying, “I am getting the light” and “need love”.

In the second video, Huff is seen asking the ‘spirit’ about what happened the night before he died and if someone had indeed killed him. The ‘spirit’s’ voice is again heard revealing that Sushant had a ‘big argument with men’ and ‘they brought nails’.

Huff’s videos have attained over seven million views in just a few days, but the Indian paranormal fraternity has condemned the video as a fake communication with the deceased actor.

Paranormal activity researcher Shishir Thakur thinks that, technically, these are fake sessions. “Normally, a paranormal investigator first investigates the haunting — which is a house or an object. It’s not about powers to summon an entity or ghost. A ghost would not leave the periphery of the house or object if it is emotionally attached to it. So summoning is not acceptable,” Shishir explains.

Paranormal activities are stimulating but beyond the mundane. While it is difficult to determine whether ghosts and spirits exist, paranormal researchers claim they do hold the key to a walkway to the spirits, thanks to the expansion of technology and several modern tools.

Even so, Devraj Sanyal, a paranormal activity researcher and founder of Detectives of Supernatural Activities in Kolkata, doubts Huff’s methods. “That’s possible only when someone close to the deceased person calls him/her,” says Devraj.

“A layman who has never interacted with the dead person can’t just call his spirit. Moreover, it needs to be done within the same vicinity for any chance to ‘call’ the spirit. Steve Huff did this investigation in a different country while the actor died in India.”

The researcher condemns Huff’s claim, calling it a mere publicity stunt. “This is distinctly not possible. There was no one with him who was close to Sushant. Why would a spirit come and talk to a stranger?”

Shishir Thakur also claims that communicating with ghosts and spirits is as hard as communicating with a stranger. Picking holes in Steven Huff’s claims, Shishir adds, “You do one session, and the ghost answers everything as if you are the last hope? In this case, either the paranormal investigator is dumb or thinks that the world is dumb enough to believe him.”

Claims about the paranormal or supernatural are not new of course. In the past, several Indian bigwigs have claimed to have reached out to their deceased family members. Yash Birla had revealed in the past that he found peace only after he spoke to the spirit of his dead mother Sunanda Birla, who had died in a plane crash.

Anand Mahindra also once revealed that the spirit of his nephew Kaveesh Nath came to speak to his mother, which helped her reconcile.

Paranormal activity researcher and author Vikram Dewan believes this happens for real. “But it is not as simple as switching on a TV like Huff makes it look,” he states.

Another paranormal activity investigator, Subhajit Saha, explains that the desires of the soul with an unfulfilled wish, do not go away, adding that we can also mark the spirits and communicate with them through a proper investigation.

“If the deceased person died an unnatural death then there is a possibility for the spirit to remain there in the place.

There are several tools which can help in finding spirits,” says the researcher and shows the possibility that since Yash Birla’s mother and Anand Mahindra’s nephew had died accidental deaths, “It was possible to access the spirits if a close one calls them, but in Sushant’s case, it is not possible. Anyone can make such fake videos,” Subhajit states.

Not normal but paranormal

All this is hard for many not to look at with some amount of scepticism. And Subhajit agrees that anything an active eye does not witness is considered ‘paranormal’.

“For instance, the use of electromagnetic field meter — which mostly used to monitor high frequency radiation — in a 300-year-old fort that never had electricity will create fluctuations. For someone who doesn’t understand the process, this activity would seem paranormal,” explains Subhajit.

“Paranormal activities do happen, but that needs an intelligent source of energy to determine and communicate. Moreover, if you get the answer you want to hear, you even believe it.”

While investigators do not shy away from mentioning that spirits do communicate and they can be called by the loved ones with a process, Vikram Dewan points out the flaws in the process.

“Sometimes, the invoker may use a guide spirit or deity to incite and invite the spirit, but if the spirit is not cooperative or disinterested, it may lead to devastating consequences. So, while paranormal is for real and spirits do connect with the physical world, there is always the question of authenticity and motives of those involved in the process,” he cautions.

…
Read More On This At