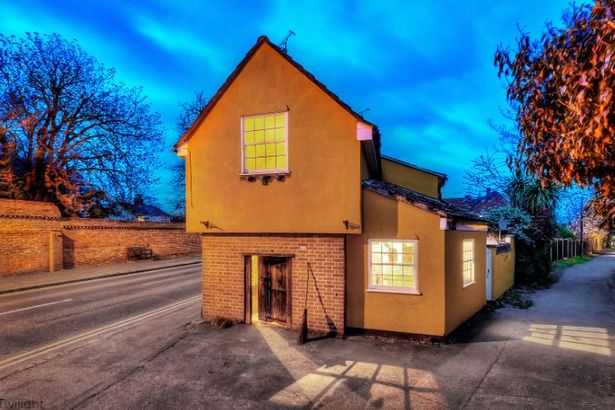 The small village of St Osyth, named after a seventh century saint and princess, is steeped in history.

St Osyth gained notoriety after the execution of ‘witches’ during the 16th and 17th centuries.

One of the ‘witches’ is said to haunt the village to this day, but that’s not the only reported paranormal sighting.

Here are all of the spooky legends and stories about St Osyth:

The legend of Saint Osyth

Saint Osyth, daughter of the great Frithewald, King of the East Saxons, is said to have died for her faith./

It’s claimed that she stood up against a band of Danish raiders who demanded she and the nuns in her nunnery give up their religion.

Stores tell of her being beheaded by the raiders.

They say that following the execution, Saint Osyth picked up her head and walked to the doors of the nunnery where she knocked three times before collapsing.

Her ghost is believed to still walk around the priory walls on the night of October 7 each year.

But Saint Osyth’s legend begins when was a young girl when she reportedly drowned in a nearby stream.

After three days of praying, Saint Osyth was reportedly revived by nuns from the local convent.

If you’re looking for a way to stay up to date with the latest breaking news from around Essex, the EssexLive newsletter is a good place to start.

The daily update will deliver the top news and features to your inbox every morning and evening.

Signing up to the newsletter is simple. Just put your email address in the box at the top of this story and click ‘subscribe’.

It’s one of the many ways that you can read the news that matters to you from EssexLive.

The cage – Essex’s most haunted house

It’s in St Osyth as well where you can find Essex’s most haunted house – The Cage.

Despite looking like an innocent, quaint cottage from the outside, The Cage is actually said to be one of the most haunted houses in the whole of Britain.

At one point, it was used as a medieval jail.

It is most famous for having held the convicted witch Ursula Kemp before she was hanged in 1582.

More recently it has been a huge attraction for paranormal enthusiasts.

One of its previous owners, Vanessa Mitchell, claimed she was terrorised by ghosts which forced her out of her home.

Vanessa recalls regularly seeing ghostly figures and a satanic goat, and even claims that she was once pushed over while pregnant by an unknown force.

She wasn’t fully aware of the house’s past when she bought it, but four years in she felt she had no choice but to leave.

However, Vanessa was unable to find anyone who wanted to buy the house for a whopping 12 years.

The house had sat empty since 2009, but earlier this year Vanessa managed to find a buyer.

The spooky events started for Vanessa the day she moved in and continued for the whole time she was there.

As someone who has always believed in ghosts, Vanessa claims to have seen ghosts in the past, however said nothing ever compared to being in The Cage.

She says she has seen the ghost of a ‘wrinkled man’ as well as having blood splats appear out of nowhere.

The final straw was when one of her son’s toys turned itself on and circled around her feet.

Vanessa claimed that The Cage has been considered one of the most haunted properties in the world, and it has attracted film producers, ghost hunters and all types of enthusiasts.

A secret tunnel is believed to once have connected St Osyth Priory and a country house called Wheelers in Thorrington Parish, near Wivenhoe.

Wheelers is said to have had a haunted room.

According to legends, no one would ever live in that room, and wallpaper and plaster was never able to stick to the walls.

The underground passage is believed to have linked the haunted room to the priory.

Stories tell of a ‘dark resident’ who would be seen in the tunnel, and a skeleton was once found in there.

Wheelers no longer exists, but Frating Abbey farmhouse is built on the site.

The ghost of Saint Osyth isn’t the only spectre haunting the priory.

According to Essex Ghost Hunters, there have been a number of sightings in the property.

Among them is the ghost of a monk who has been spotted several times walking around the estate with a candle.

Between the 1940s and 1980s, part of the building was used as a convalescent home.

One of the nurses, Mrs Joyce Bennett was called to the priory one day by a cleaner.

Access to lots of FREE tools to help stabilise your business and start making up for lost time is just one newsletter sign up away. As part of our #IAmOpen community to help and support small businesses owners like you, you will get a regular newsletter from our journalists plus we’ll let you know how you can:

What’s more, it’s all FREE. So sign up here right now. It’s very least we can do to back you, support you and just say THANK YOU.

The cleaner claimed that the carpet had been trying to throw her against the wall.

Joyce had the carpet fixed down but later claims to have witnessed the carpet moving, again suddenly throwing the cleaner into the wall.

Joyce also claims to have encountered a ghostly presence in the laundry room.

To like her Facebook page and keep up to date with the latest breaking news, press here.

Or stay up to date with the latest EssexLive news on our Facebook page which you can find here.

She confronted them as no one else should have been in that room, but suddenly the person wasn’t there.

Joyce says that all that was left was an icy patch where the figure had been.

Other people later told her that they had seen a monk in that room, while one even claimed to have seen him walk through a wall. 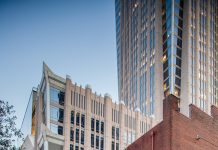