Home Paranormal News At The London Ghost Club Which Meets Up In Old Pubs –... 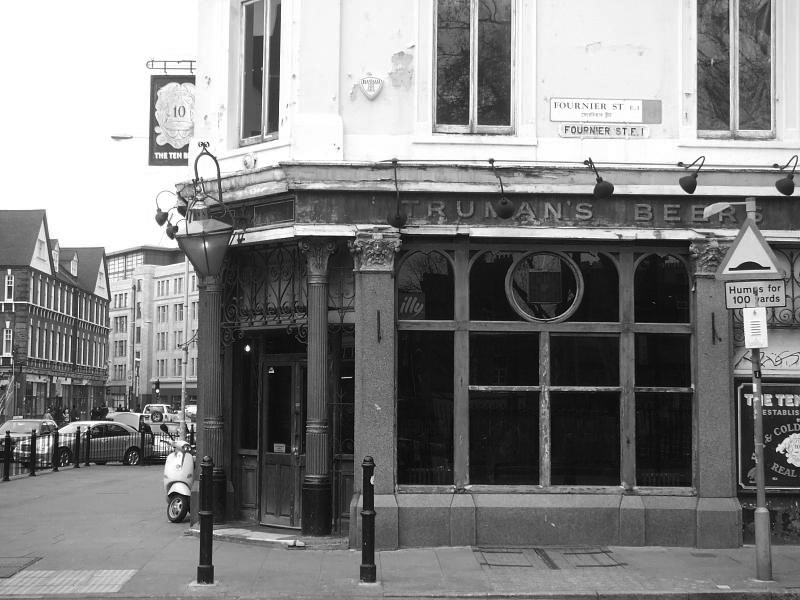 The Ghost Club is the world’s oldest society dedicated to researching paranormal activity. It has an international membership of 326 made up, I’m assured, of believers and sceptics. “There isn’t a party line that you have to follow,” says Alan Murdie, barrister and genial club chairman, who wears a vintage Ghost Club tie flecked with tiny spirits in white sheets. “Many of us don’t believe,” adds someone else at one of the club’s monthly meetings. “We’re just interested in exploring the possibilities.”

Founded in 1862, the Ghost Club holds its get-togethers at a shifting rota of venues around London (unlike the more formal and academic Society for Psychical Research, which is based at Vernon Mews, Kensington). A favourite haunt is the Devereux in the City where Ghost Club members are gathered for a slide-illustrated talk on the Ten Bells in Spitalfields, a pub associated with two of Jack the Ripper’s victims.

There’s a crowd of men and women of various ages at the bar, one or two dashingly dressed — I notice a blonde wearing a skull-smattered black blouse, a man with leonine hair and polka dot kerchief tucked into his lapel and a tall middle-aged gentleman in fedora and mac who looks like a 1950s private detective. As I settle down to listen to the chairman, they all suddenly vanish, as if sucked upstairs by a giant vacuum cleaner.

“We’re not aiming to be a scientific body in the same way as the Society for Psychical Research, or a organisation trying to prove one thing or the other…” Murdie begins, “…but I like to think we celebrate our unique British cultural tradition of ghosts.”

The Ghost Club has reflected shifts in social trends during its long but interrupted history, evolving from an invite only secretive gentleman’s club with leanings towards spiritualism in the late 19th century, to the more democratic and open society it has become today. The club embraces a range of viewpoints and subject areas, from folklore and history to physics and philosophy, and its chairman emphasises the rational and serious approach it takes to paranormal investigations, perhaps in response to the credulous acceptance of faked evidence that has bedevilled some of its past members.

James Tacchi, an aeroplane pilot, is the club’s science and technical officer and oversees the proper use of equipment during site investigations.

“There are lots of ghost hunting groups who go around with their detectors, and when they get a spike on their gadget, they say, ‘Oh! There’s a ghost!'”, says Tacchi, “but often they aren’t using their equipment or recording their results correctly… methodology is important in the field; you can’t control the environment, but you can control your method.”

On its website, the club states it will not perform clearances or exorcisms, and it prohibits the use of ouija boards. “I don’t think you should treat contacting the dead as a game,” says Alan Murdie. “Most messages come from the unconscious mind, but the power of suggestion can really affect some people.”

So what is a ghost?

“It’s a difficult question, actually,” say Tacchi. “If I were to ask my daughter, she’d paint a picture of a white sheet, but for me it’s more an experience people have had that they can’t explain. Is it a spirit of the dead? A religious manifestation? A hallucination? What was it they saw?”

Unexplained sounds, floating lights, object movement, sudden changes in temperature are legion in a crowded city like London, but if ghosts exist, is it only where we exist? Are they evidence of some human residue or disturbed energy that got left behind? Can the paranormal be found in the depths of the ocean or in outer space? Do animals have a stake in this liminal zone?

“I have yet to meet a vet who would deny they have a problem with cats keeping an appointment,” laughs Alan, on the subject of feline psychic ability. “Somehow, they know, and they’re off!”.

But the devil is in the detail and it is those specific inexplicable stories, sometimes with a tragedy at its heart, that makes you pause and wonder. Here are a few tales from the Ghost Club.

As a barrister, Alan Murdie’s interest lies in the witness and the consistency of testimony of sightings over time and the striking similarity between cases many miles or years apart. Although the Ghost Club deploys equipment for investigations, Murdie maintains that paranormal activity cannot be photographed and believes the best detecting device is the human mind. He has also witnessed an apparition.

“It occurred when I wasn’t looking for ghosts,” he explains. “And it was one I really didn’t want to see, because it was of someone I’d had a relationship with for 13 years and she appeared to me the day she died, but I only found that out two weeks afterwards.”

The so-called ‘crisis apparition’ is thought to occur only once, at a time of extreme trauma when a loved one close to death is seen by a relative. Reports were common during the world wars, when soldiers materialised before their families followed by the arrival of a telegram bearing the tragic news.

James Tacchi’s father worked as an electrician and often encountered odd happenings in old houses. It was while visiting his father, who was rewiring a 16th century pub in the Midlands, that James had his most convincing paranormal experience.

“I went to see my dad down in the cellar and on the way, I heard a door open and shut. I said to my dad, ‘The owner’s just left.’ ‘No, he left over an hour ago,’ my dad replied.

“He went on to say that a copper pipe had been repeatedly rolling across the cellar floor and we both heard footsteps and furniture being dragged around upstairs and it was so real it gave me the creeps.”

A pillar of mist

Another Ghost Club member, Michael Hunter, recalls as a young man walking with his girlfriend along a country road towards a village outside Oxford when they both saw a ‘pillar of mist’ appear in front of them. It moved at a 45° angle above the road then vanished into the bricked-up window in the stone wall of a house. After attending a talk about an apparition in Kennington (Kennington Common was an execution site during the 17th and 18th centuries) Michael found sufficient similarities with what he had seen to be convinced it was not merely a trick of the light.

The face in the window

Member of the Ghost Club — and a man associated with several high-profile cases including a letter-writing poltergeist in Battersea and a haunting at the Royal Albert Hall in Kensington — Andrew Green (1927-2004) carried out investigations into the paranormal for more than 60 years, becoming known as the ‘Spectre Inspector’.

The experience that set him off on this lifelong quest occurred as a teenager when he accompanied his father (a senior air raid warden) to a Victorian house in Montpelier Road, Ealing, that had lain empty for some years and was being used in 1944 as a storage place for furniture from bombed-out sites. While exploring the tower of the house, Andrew felt an overwhelming urge to jump into the garden below and was only saved from breaking his neck by his father, who hauled him back from the parapet in time.

Green later discovered that the building had a history of suicides who made the same jump, and when he took a photograph of the house an image of a girl in Victorian dress was visible in the upstairs window. Green believed it was the ghost of a girl who had fallen to her death in 1886. Never satisfactorily explained, the photograph appears on the cover of his book Ghost Hunting: A Practical Guide.

“There’s a small number of cases I’ve come across — the Enfield poltergeist is one — where we struggle to square everything with the unconscious mind…” says Alan Murdie.

A recent BBC radio programme, The Reunion, brings together a photographer from the Daily Mirror, a radio reporter and the son of the psychic researcher Maurice Grosse (member of both the Ghost Club and the Society of Psychical Research) to discuss the events they witnessed at a council house in Enfield between 1977 and 1979.

For two years, a single mother and her four children were subjected to a barrage of activity in their home, from objects moving or being thrown across the floor (dressing table; chair; marbles) to inexplicable knockings, to a levitating daughter, Janet, to the voice of a former resident, Bill Wilkins, who had died there. The radio programme is compelling, and its summing-up inconclusive.

“There were hoax aspects to it,” says James Tacchi, “but you need to put that on the periphery and admit, yes, there was a bit of that, but how do you explain the rest of it? Some sceptics are very closed and they’re almost as bad as those at the other end of the spectrum, the credulous people.”

The circumstances of a highly stressed family with a daughter going through puberty make for a volatile situation that can be an additional contributory factor, separate from the haunting, if that is what it was. “It’s not the house that’s haunted, it’s the person,” Tacchi maintains.

Ghost believers on the rise?

According to a 2014 YouGov poll for The Sun, 34% of people in Great Britain say they believe that ghosts exist, and experiences of the paranormal are strongly embedded in British culture. In his essay on the eeriness of the English countryside, Robert MacFarlane argues that such beliefs are symptomatic of collective underlying anxieties:

The supernatural and paranormal have always been means of figuring powers that cannot otherwise find visible expression. Contemporary anxieties and dissents are here being reassembled and re-presented as spectres, shadows or monsters.

Murdie puts it down to history. “London has a long history and probably there isn’t a street or alleyway or building that hasn’t had a report of some kind of paranormal activity or sighting… but one of the reasons why the UK has so many ghost stories is our position on the map, far off to the west, and we’re very good at preserving records and writing things down…. we’ve also had long periods of social peace that has maintained a sense of continuity. You can walk along the footpaths in land that has been walked a thousand years ago…”

But will the Ghost Club still be around in a hundred years? The last word goes to Murdie.”The world has changed enormously,” he tells me “but we keep coming back to stories told a century ago and with the same questions.

“I tend to be quietly optimistic that in a hundred years’ time there will still be people coming together and sitting down to discuss these things. As Newton said, ‘We stand on the shoulders of giants…'”

Find out more about the Ghost Club 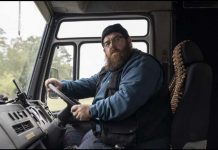