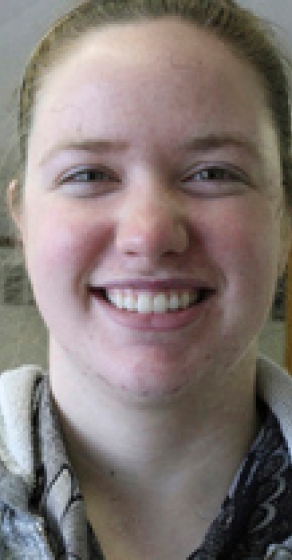 Most people have heard the legend of Bigfoot also known as a Sasquatch I do believe, but did you know Canada has a number of other cryptozoological creatures. Cryptozoology is rooted in the greek, kryptos, meaning hidden and zoology, the study of animals, so it is the study of hidden animals. Essentially it is a pseudoscience looking into the many sightings of animals which may or may not exist.

Through searching online I discovered Canada has approximately 14 of these unknown animals, which people claim to have seen or claim to have photos of, such as the Sasquatch, however, a majority of these creatures dwell in lakes across the country.

This includes Igopogo of Lake Simcoe in Ontario, Manipogo of Lake Manitoba, Memphre of Lake Memphremagog in Quebec, Mussie of Muskrat Lake in Ontario, Ogopogo/Naitaka in the Okanagan, Thetis Lake Monster in British Columbia, and Mishepishu of the Great Lakes.

Most of these lake creatures are said to look very similar to the Loche Ness Monster with serpentine characteristics. There are a few more odd sightings, however, of vastly different lake monsters. These include a reptilian humanoid in Thetis Lake, which two of the original witnesses stated they had made up the encounter. Another odd mythical creature is Mishipeshu, which looks like a lynx but is covered in scales and has spikes along its back and tail.

On land there has been sightings of Sasquatch, MacFarlane’s Bear, Old Yellow Top in Ontario, Waheela in the North West Territories, Wendigo’s, and Will-o’-the-wisps. Some of these have also been explained including the Will-o’-the-wisps as the lights are commonly seen over bogs or marsh areas, which is due to an organic decay of certain gases that can create light. The other explainable cryptid is MacFarlane’s Bear according to various scientists. MacFarlane’s Bear, a yellow-furred bear, is possibly a grizzly-polar bear hybrid resulting in different bone shapes and colourings.

Saskatchewan is not free of the mysterious as Turtle Lake holds its own monster northwest of North Battelford. Native American legend says that anyone who wandered into the monster’s dwelling would never return, but lately it hasn’t been keeping those who enter its territory as at least one person every year returns to tell their tale of the Turtle Lake Monster.

Theories for the Turtle Lake Monster are numerous with explanations including a large sturgeon having been forced into the lake from a river, however, sturgeon are bottom feeding fish and it doesn’t make sense for the large fish to be on the surface.

Another idea comes from a former school teacher who, knowing Saskatchewan was once covered by a fresh water sea, proposed that an aquatic dinosaur possibly adapted and survives in Turtle Lake.

The most popular Canadian tales though are from British Columbia with sightings of Sasquatch and Ogopogo.

However, the majority are unexplainable, including the Saskatchewan mysterious creature. Are they hoaxes or not? How do they come about in the first place?

Personally I feel as though once a tale is told people begin to look for the mysterious animals and whether they see a log or a common animal in the distance their minds start playing tricks on them. The repetition of the stories, many different people of varying backgrounds all saying one thing is true makes you start wondering if it could be true.

In the case of these strange sightings the tales are subconsciously in your head and when you see something normal off in the distance your mind can play tricks on you. Showing you something like that in the stories when really there is nothing there but a log or a common animal.

The brain is extremely powerful, but it also has strange quirks. It fills in memories sometimes or ltes you raed wrdos wtih ltetres out of oderr bceusae it can. As long as the first and last letter are in the proper place one’s brain typically is still able to read the word.

Also, once focusing on something fully the other happenings around you are not necessarily recognized. For instance there was a Youtube video released based on a professors research regarding this. There were six people in the video, three in white shirts and three in black, set in a hallway. You were expected to count how many times the people in the white shirts passed a basketball back and forth.

During this a person in a gorilla suit walked by, did a little dance, and walked away. According to the research people saw something walk by, but because they were concentrating on the people in white shirts their brain didn’t register it was a gorilla, simply someone had walked by in the video.

So, are these mythical creature sightings something similar, tricks the mind plays based on some odd glitch, or are there animals hidden away in the world yet to be discovered?