Reading horror books or watching horror movies are one of the few guilty pleasures that all of us indulge in. Horror, as a literary genre, is one which is intended to frighten, scare, or disgust and create an eerie frightening atmosphere. It frequently relies on the supernatural to evoke the emotion of fear in readers.

One of the best known late 20th-century horror writers is Stephen King, who is credited for many novels and several short stories. Following in his footsteps, many Indian authors have also emerged who have carved their niche in the horror genre. These Indian horror books are very much rooted in Indian essence and do not fail to scare and frighten the readers. Here is a look at some spine chilling horror books by Indian authors you must read.

The novel revolves around a family get-together in Goa. The occasion seems right for sharing ghost stories. Soon the entire family starts to exchange ghost stories, which revolve around the history of the Fonseca family. These stories range from mysterious sightings to lonely buildings and magic spells.

03/7​‘Ghosts of The Silent Hills’ by Anita Krishan

The book is a collection of the very best spine-chilling stories based on true hauntings. It talks about a beautiful woman in white who haunts the lonely pathways and the deserted lodges sitting amidst lush greenery and calm streams, among many other spooky things.

In this book, the author brings you the terrifying tales of some of India’s most haunted places – including Bhangarh Fort, Malabar Hill’s Tower of Silence and Jammu and Kashmir’s notorious Khooni Nala. These are places where the past lingers and scares people till they are out of their wits.

The book chronicles the real-life adventures of paranormal investigator Jay Alani in ten of the spookiest locations in India. Co-authored by Neil D’Silva, these adventures provide a view of these paranormal journeys for everyone who has an interest in exploring the dark side of the normal.

The book is a chilling compilation of the supernatural events and the activities of spirits in the hills of Shimla. It presents ghost stories as narrated by the residents of Shimla.

This book brings together all of Ruskin Bond tales of the paranormal stories, which feature ghosts, jinns, and witches. As per reader reviews, the author gives us a different experience of ghost stories. They are not the stereotypical horror and are not too gory and dark. They are simply different, honest, and believable. 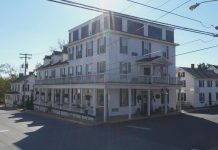