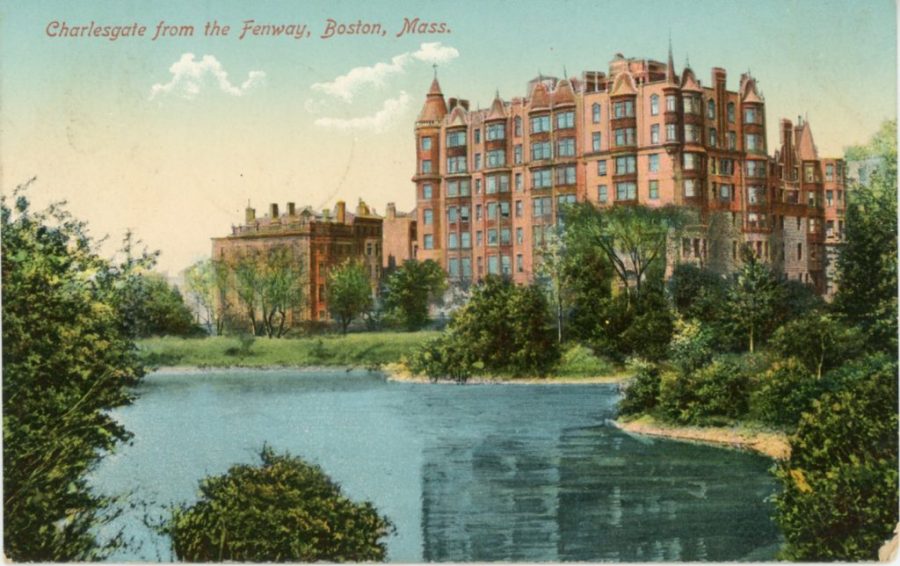 Oujia boards were banned from the Charlesgate hotel in 1990 because of the “psychological effect they had on students.”

While working a lighting call on “Follies” in the Cutler Majestic Theatre, Greg Crafts ‘03 remembers being pushed to the edge of the top balcony by a ghost.

“I literally felt a hand in the center of my back shove me in the direction of the edge of the balcony,” Crafts said. “It was terrifying.”

When he later told his friends what happened, they said that ghostly encounters are normal occurrences at the theatre, which was built in 1903. In fact, Crafts is one of dozens of alumni to experience a paranormal encounter on campus.

On Sept. 9, students, professors, and graduates in the Emerson Mafia Facebook page shared their paranormal encounters in different college buildings—from the Cutler Majestic Theatre to Piano Row, Kasteel Well and the Colonial Building.

In a discussion with more than 100 likes and reactions started by Mafia member Olivia Lusk asking users to share their ghost stories, nearly 200 commenters discussed the ghosts that seemingly haunt every corner of campus.

In 2015, alumni Megan Raible ‘19 said she was returning from the Max Cafe with two of her suitemates when the elevator door shut in front of them as someone was walking in.

“It was just like a darkish figure that walked onto the elevator,” Raible said in a phone interview.

When Raible and her roommates pressed the elevator button to go up to their dorms, the same elevator the figure had walked in opened before them. But the person they saw enter moments ago had vanished, Raible said. From that day forward, the same elevator would open every time Raible used the printer during late night hours.

Raible also reflected on her time spent at Kasteel Well, the location of Emerson’s study abroad location in The Netherlands. The heart of the Dutch campus is now a renovated medieval castle from the 14th century, and the space named Sophie’s Lounge within it is named after the castle’s infamous ghost, a teenage girl who allegedly died in the castle in 1816. Raible attributed all of her interactions with ghosts at the Castle to Sophie.

“Everyone just kinda knows there’s this little girl ghost who likes to knock on doors and open the doors to mess with things,” she said.

Sophie is known to be more playful than malicious, said Raible. Similar to other Facebook commenters, she also heard stories of friends’ windows opening during the middle of the night after being left closed.

Senior creative writing major Kyle Eber, president of the pagan and metaphysical student org Emerson Mystic, shared his own experiences “cleaning” people’s on-campus rooms of spirits. To get rid of the negative energy, he would start out by using sage, then later switching to palo santo, which is a wild tree herb used to treat stress and clear out negative energy.

The following year, when he lived on the 10th floor of the Colonial building, he himself saw a female figure standing by his bedside on numerous occasions.

“I never felt scared,” Eber said. “It was just generally always a sense of unease, pain, and sadness.”

As head usher for the Cutler Majestic Theatre, he also noted how heavy the energy was on the top balcony.

“You always feel like there’s a pair of eyes on you, and it’s dark too,” Eber explained.

Eber said he heard creaking and sighing while closing up the empty Paramount theater one night. When he was being trained, he was told by his manager that the third floor girls’ bathroom was haunted. Anytime she locked the bathroom door, all the toilets would flush at the same time, Eber explained.

Yet the first time he had to do it alone, the flushing never occurred.

Some of the stories on the Mafia page reference buildings the college no longer owns, like the Charlesgate Hotel—a spot one Oct. 2019 Emerson Today article called “the most haunted building ever owned by the college.”

Comments referring to the Charlesgate mentioned Ouija boards being prohibited, seeing a little girl on the third floor, and papers flying across rooms. A Feb.1990 article in FATE magazine also said Ouija boards were allegedly banned from the building, because of “their psychological effects on students due to evil messages.”

With the recent interest in the Mafia post, Emerson Mystic thought it would be good to host a ghost discussion in the future about how to cleanse properly and maintain respect.

“If you have a haunting or have a bad spirit, take a deep breath and not freak out,” he said. 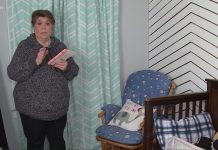 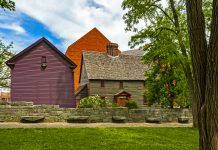