When Owensboro filmmaker P.J. Starks was younger, he and his grandmother Gi-Gi used to watch Joe Bob Briggs religiously on TNT’s “MonsterVision,” so when Starks got to meet the film critic in person, he considered it a bucket list experience.

Unfortunately, Starks’ grandmother passed away shortly after his meeting with Briggs, which made the event that much more memorable.

Starks was able to meet Briggs through a project called “Cryptids,” which Starks is producing, and which stars Briggs.

“Cryptids,” which is nearing completion and is slated to be released next year, is an anthology film that takes place in a radio station during a show called “The Truth Serum.” Briggs is the host, and during the show he tackles the topic of cryptozoology, and as the phone lines start lighting up and calls come in, Starks said “each story becomes increasingly more bizarre” with Briggs’ character beginning to question whether or not real dangers are lurking outside the radio station.

“I loved the concept for ‘Cryptids,’ and plus I’m an avid fan of monster movies, so coming on board was an easy decision to make,” Starks said of his involvement with the movie that is also being produced by Justin M. Seaman and Zane Hershberger. “It harkens back to the good ‘ole days of men in creature suits and rubber monsters, when movies about blood-thirsty beasts were fun.”

While taking on the role of executive producer can be a lot of work, it’s not the only thing Starks is involved with at this time.

“13 Slays Till X-Mas” is a slasher anthology film by Blood Moon Pictures, Starks’ production company that he co-owns with Erik Huskisson. Starks and Huskisson are known for their “Volumes of Blood” movies, which were both filmed in Owensboro.

“13 Slays Till X-Mas” takes place on Christmas Eve and follows five men who are invited to a dive bar by a mysterious email. They decide to pass the time by telling scary stories, and as each story unfolds, it becomes evident they may be harboring a dark and deadly secret, according to Starks.

Starks said “13 Slays” has become a “very special project,” as it’s the duo’s first local endeavor in about three years.

What began as something meant to be quick, fun and inexpensive, however, has turned into a project that rivals their previous productions, and also includes some talented filmmakers.

“There are creatives from all over the country and their credits include ‘Mindhunter,’ ‘The Men Who Built America,’ ‘Club Dread,’ and ‘Puppet Master X: Axis Rising,’ ” Starks said.

Starks said he and Huskisson have had a lot of local support, with area businesses allowing them to use their locations to film.

“Our local cast and crew have been phenomenal,” Starks said. “Our director of photography Alex Clark has given us some absolutely gorgeous cinematography, and as always Cassandra Baker’s special effects work is some of the best in the area. I couldn’t be more excited for everyone to check out the film when it releases this December from Scream Team Releasing.”

Huskisson said he is also happy with the work that has completed on “13 Slays” thus far.

“Considering all the COVID setbacks, there’s been some really solid stories put together,” he said. “Can’t wait to see them all put together.” 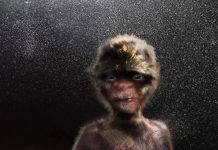 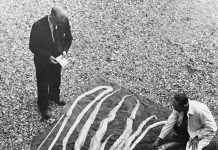 Does Science Benefit From the Search for Sasquatch? – CALIFORNIA