Former Manchester United full-back Rafael has mocked Alexis Sanchez over his revelation that he wanted to leave the club after his first training session.

The Chile international joined the Red Devils from Arsenal in January 2018 during Jose Mourinho’s time at the helm, but he was unable to hit his top form at Old Trafford.

Sanchez made just 32 appearances and scored three goals in the Premier League in his 18 months at the Red Devils and was subsequently loaned to Inter last August.

The former Barcelona star has since made a permanent move to the Serie A side and admitted in a video posted on Instagram this week that he immediately wanted to terminate his contract and return to the Gunners, where he scored 80 goals in 166 appearances and lifted the FA Cup twice.

Brazilian right-back Rafael has speculated about what went wrong for Sanchez at Old Trafford, suggesting paranormal activity may be to blame for his underwhelming performances.

Commenting on an Instagram post about Sanchez’s remarks, the 30-year-old said: “Maybe he saw a ghost and get scared that’s explain why he play so bad every time.”

Despite a knee injury which kept him out for around three months last season, Sanchez has had an easier time at Inter than at United.

Although limited to just 10 starts and 12 appearances from the bench in the Italian top-flight, he netted four goals and chipped in with eight assists as Antonio Conte’s men finished as runners-up behind Juventus.

The 31-year-old forward completed the switch to the San Siro side on a free transfer and signed a three-year deal with the Europa League finalists.

While Sanchez complained there was no family atmosphere at United, he said last month that he has found one in Milan and is happy at the club, while he is eager to guide the Nerazzurri to silverware. 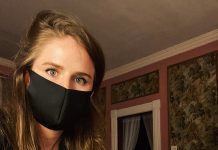 I rented a haunted house on Airbnb. Here’s how it went. – The Washington Post