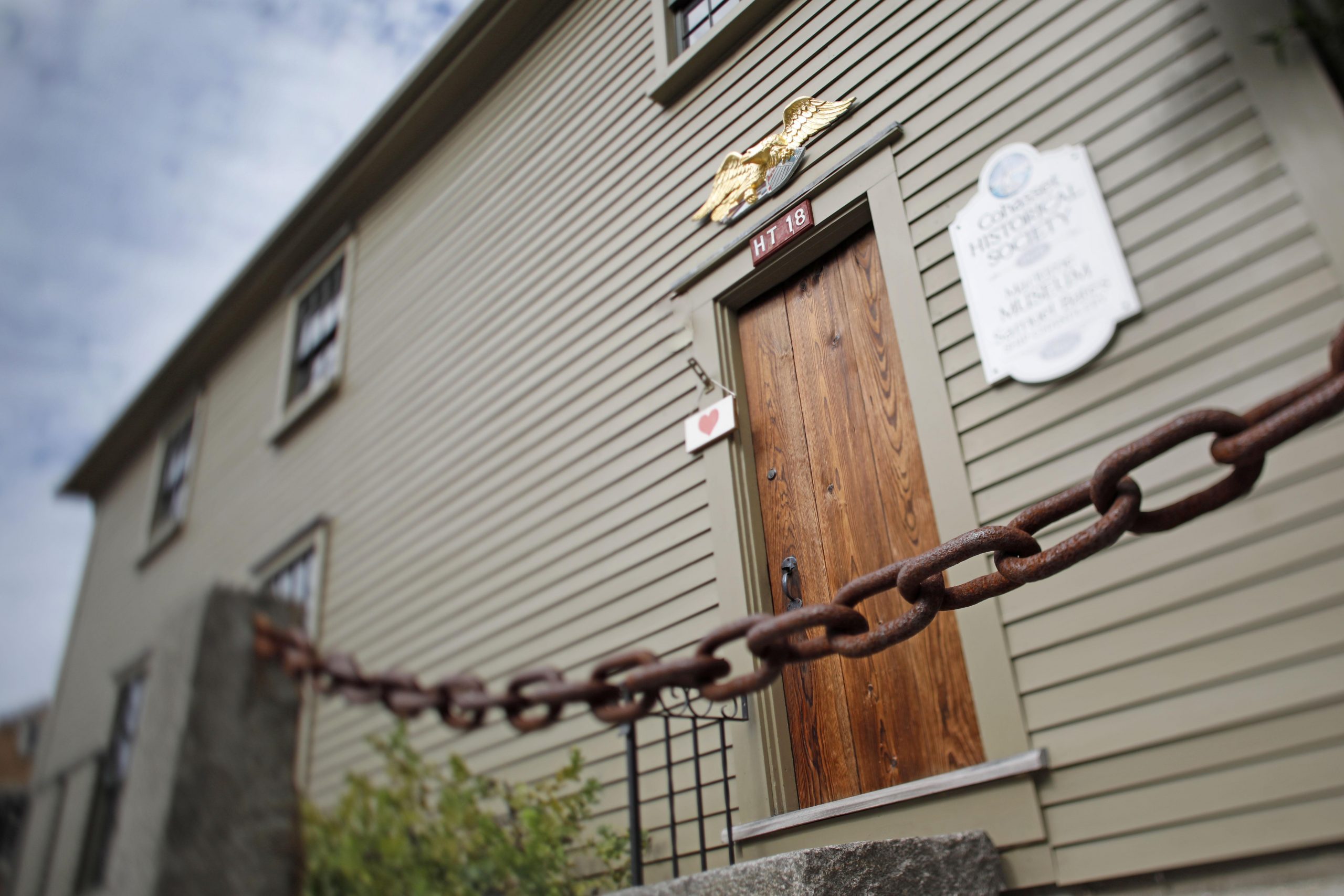 From town hall to the Wilson House to the Maritime Museum, Cohasset has its fair share of ghost stories.

COHASSET – The “Witches of Eastwick,” which filmed here in 1986, have come and gone but the ghosts said to haunt the town have never left.

Even if you don’t believe in the ghosts, witches, wizards or werewolves, this time of year – Halloween is four weeks away – might force you to think again, especially in Cohasset, a tiny seaside town founded in 1770 with a big haunted history. Some of those spooky stories will be told in upcoming episode of “The Holzer Files,” a Travel Channel docuseries investigating the hair-raising findings of America’s first ghost hunter, Dr. Hans Holzer. The episode is titled “Devil in the Rock” and airs at 10 p.m. Dec. 10.

Albeit of unknown origin, legend has it that at least four ghosts haunt town hall. Built in 1857, the Italianate-style structure originally included three subterranean jail lockups. It’s believed they are the source of mysterious sounds first heard near the turn of the last century. The phenomena drew the curiosity of Connecticut’s Enfield Paranormal Society in 2008, when it staked out the building with infrared night-vision cameras, a spectral-energy detector, and a digital voice recorder for locating the presence of electromagnetic fields. It was a set-up straight out of “Ghostbusters.” Investigators found evidence of poltergeist activity, including banging and heavy breathing in the basement cell area. They also captured an attic door slamming shut for an unexplainable reason.

One spine-tingling tale purports one specter is a male prisoner who was jailed in the 1870s. “He was a poor, transient guy who turned to a life of crime,” said Pat Martin, a member of the Cohasset Historical Society. “He doesn’t like to be bothered. He has lots of energy and is very angry. He likes to be left alone.”

Martin said she was first spooked by this ghost back in 1997 when she was alone in town hall one night. She said she believes she captured the ghost on camera during the paranormal society’s investigation. “I caught his reflection in a door,” she said.

The ghost of Edward Tower, the town’s first sewer commissioner and engineer, is another restless spirit believed to roam the halls at 41 Highland Ave.

“He doesn’t want people in the building who are not there to do business. He was a large imposing figure who did a lot of work for the town. He’s very protective of Cohasset,” Martin said.

For a friendlier ghost, the spirit of a theater diva lurks in the building’s auditorium. In the late 1800s, a summer-stock troupe from Yale performed there. Today, the stage is used for Cohasset Dramatic Club performances. Martin said the ghost spends her days “making up her face, floating around. She likes attention. She’s harmless.”

The Maritime Museum near the harbor also has a ghost story to tell. The former ship chandlery, or supply house, was built in the mid-1700s by Samuel Bates. The last owner was John Bates, who was, by all accounts, a generous and prominent man. He died in 1886. The building was moved in 1957 from Border to Elm street and when it opened in 1960 as a museum, some strange events were attributed to John Bates’ ghost, upset by the disruption.

“The Holzer Files” ghost-finders – led by lead investigator Dave Schrader, psychic medium Cindy Kaza and equipment technician Shane Pittman — came to town in January to “delve deep into the property’s past,” where “they uncover a chilling undercurrent of darkness anchored in the rocky shores,” wrote the Travel Channel in its episode description. They spent a week interviewing local folks, including Martin, and investigating the spirits of the night at the chandlery and the Wilson House, which is the dwelling next door. Bates is believed to be an annoyed ghost who angrily stomped his feet on the second floor while historical society members met below. Martin said the ghost of Bates years ago scared the pants off a house painter. “The fence he was leaning against broke and he felt something grab him,” Martin said. “Bates was very angry the building had been moved.”

The Wilson building is said to exude its own spiritual presence. Capt. John Wilson’s wife had 11 children in the house. Martin said when the structure was investigated in 2010 it “resonated with a lot of feelings of sick children, suffering in cold and cramped conditions. She’s not like the town hall ghosts who are very interactive.”

Cohasset’s reputation for being more eerie than your average town can be traced to the tragic shipwreck of the Irish famine ship, The Brig St. John, on Oct. 7, 1849. At least 99 lives were lost when the vessel crashed onto the Grampus Ledge off the Cohasset coast. Forty-five bodies were recovered and are buried at Central Cemetery on a knoll marked by a 19-foot stone Celtic cross.

“This was the biggest tragedy in Cohasset,” Martin said. “Bodies washed up all over the coast, and the whole town worked together to collect the corpses and carry them to the cemetery. It’s a pretty heavy-duty trauma and all those emotions of suffering imprinted on the town. It’s creepy, but it’s part of history. People are fascinated by spooky things and interest always piques around Halloween.”

Martin gives library talks on the town’s haunted past and created the “Haunted Happenings” fundraiser for the historical society. She also hosts the local cable television show called “Our Town,” which takes its name from Thornton Wilder’s ghostly play. Coincidentally enough, the premiere production of that drama was held on the town hall’s stage.

This spine-tingling series, uncovering the history and mystery of some of the South Shore’s most popular haunts, will appear every Saturday until Halloween. It’s the Ledger’s way of celebrating the scary season. Now, don’t be a scaredy cat. Read on … and then share your own ghost stories or macabre memories with us. E-mail replies to newsroom@patriotledger.com