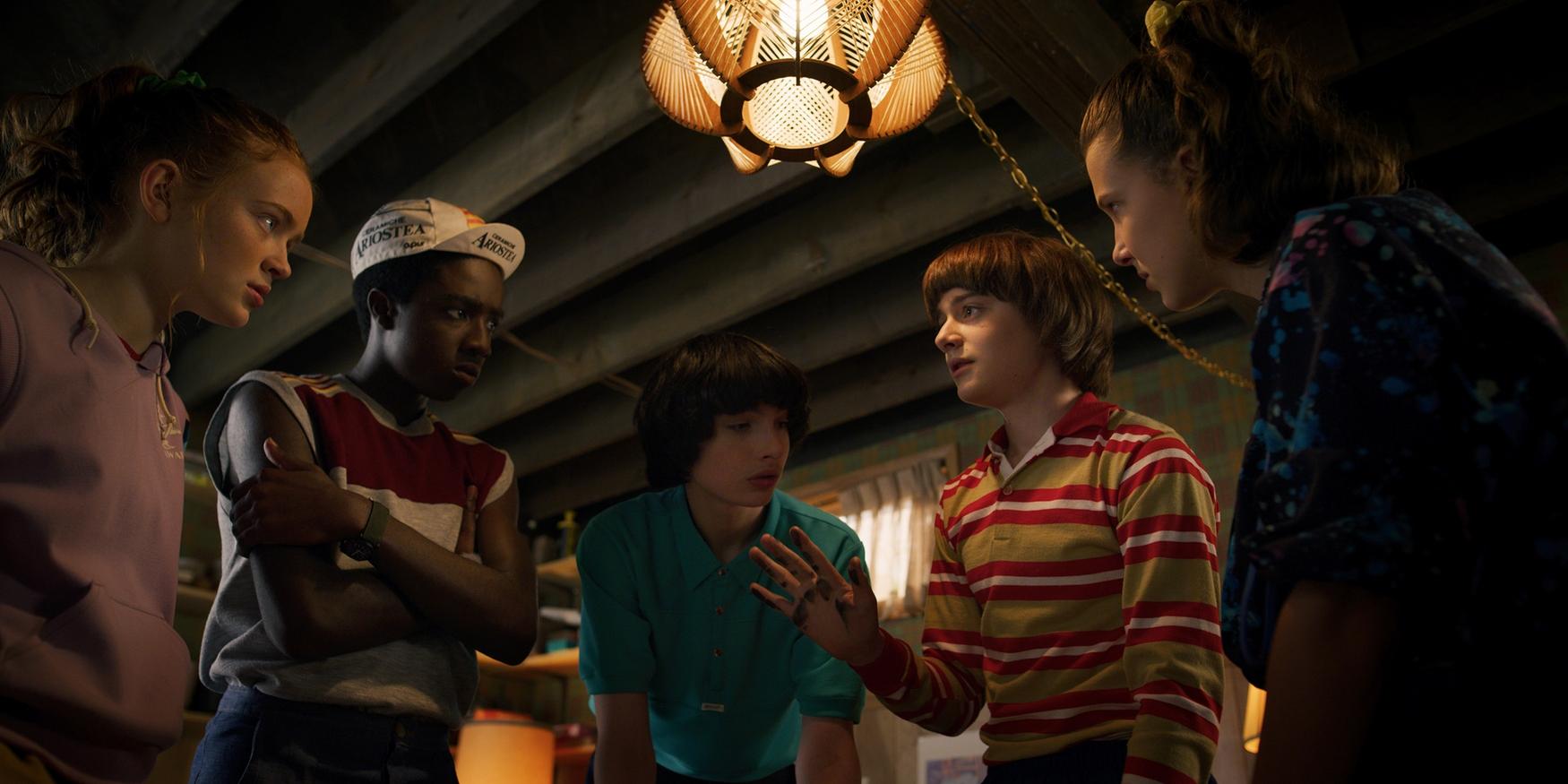 ‘American Horror Story’: Each season of this horror anthology is contained within itself, and you’ll notice familiar faces as actors take on new roles. However, as the series progresses, astute fans can piece together how all the stories are intertwined. The best seasons to check out are “Murder House” (season one) about a family who unknowingly moves into a house haunted by ghosts of former residents and their victims; “Coven” (season three) about a group of witches; and “1984 (season nine),” which parodies summer-camp slasher films. Other seasons take place in an asylum, at a circus and inside a hotel inhabited by vampires and ghosts. Fair warning: It’s spooky and supernatural, but it can be gory at times. Watch nine seasons on Hulu.

‘Bates Motel’: This psychological horror drama is a prequel to Alfred Hitchcock’s “Psycho.” It depicts the life of Norman Bates and his mother prior to the events of the 1960 film. Watch five seasons on Netflix.

‘Courage the Cowardly Dog’: Courage overcomes his fears to protect his owners Eustace and Muriel from ghosts, monsters, aliens, zombies, vampires and more in this horror cartoon. While it is a cartoon, “Courage the Cowardly Dog” may be too frightening for younger viewers and is recommended for ages 10 and older. Watch all four seasons with a free trial on Boomerang.

‘Creepshow’: Based on the 1982 horror-comedy classic, this anthology series brings the Creepshow comic book to life in six episodes featuring haunted dollhouses, werewolves, murderous goblins, villainous trick-or-treaters and more. Watch it on Shudder.

‘Goosebumps’: “Goosebumps” adapts the creepy collection of tales crafted by author R.L. Stine for the TV screen. From a mask that can’t be removed once donned to a horror theme park, killer camera, werewolf and dummy that comes to life, spooky adventures abound for ages 8 and older. Watch it on Netflix.

‘Sabrina the Teenage Witch’: Sabrina Spellman discovers she’s a witch on her 16th birthday and lives with her peculiar aunts, who teach her the ways of witchcraft, until going away to college. And who could forget black cat Salem, who provides many comedic moments through all of his scheming plots? The sitcom is based on a 1960s comic-book series and an animated series that aired in the 1970s.

‘Santa Clarita Diet’: The life of a suburban, married Realtor couple gets turned upside down when wife Sheila becomes undead, develops a new personality and begins to crave human flesh.

Scooby-Doo shows: Scaredy-cat cartoon pup Scooby-Doo provides some of the best spooky, family-friendly viewing. Two series to check out: “Scooby-Doo: Mystery Incorporated” and “Scooby-Doo, Where Are You!” Follow Scoob and the gang (Velma, Fred, Daphne and Shaggy) as they set out to solve supposedly supernatural mysteries. Once you’re through with these, check out his other TV series as well as several animated and live-action films.

‘Scream’: Inspired by the film of the same name, a group of teenagers is targeted by a masked serial killer in this MTV series. While not quite as good as the original, it’s still worth a watch. Watch all three seasons on Netflix.

‘Scream Queens’: In this slasher comedy series, the sisters of Kappa Tau at Wallace University deal with a serial killer dressed at the school’s Red Devil mascot in season one, followed by a second season where the characters encounter a new serial killer called the Green Meanie while working in a hospital. Watch it on Hulu.

‘Stranger Things’: Set (mostly) in 1980s Indiana, a group of friends uncovers secret government experiments; befriends a young girl with psychokinetic and telepathic abilities; and discovers the Upside Down, an alternate dimension inhabited by Demogorgons. Three seasons of this sci-fi, horror series are available on Netflix, and a fourth is on the way.

‘Supernatural’: Brothers Sam and Dean Winchester become hunters of supernatural beings, ranging from demons to ghosts and gods. With 14 seasons and some of the 15th and final season available, this series will take considerable time to plow through. Watch previously aired episodes on Netflix and catch new episodes starting Oct. 8 on cwtv.com.

‘The Haunting of Hill House’: If you’re a fan of the Shirley Jackson book of the same name, this show is for you. Netflix’s reboot follows five adult siblings whose paranormal experiences at Hill House continue to haunt them with flashbacks about events leading the family to flee the mansion. Watch it on Netflix.

‘The Vampire Diaries’: Over eight seasons, a group of friends in Virginia encounter vampires, werewolves, witches, doppelgangers and more supernatural beings. Watch it on Netflix.