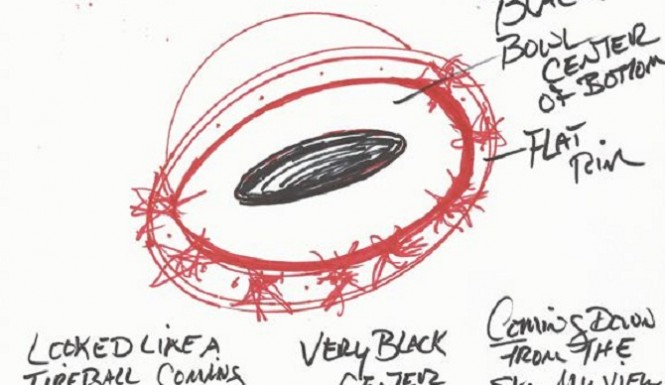 A few weeks after a strange circle of lights was spotted above Tenbury, it has been revealed in previously confidential Government files that dozens of UFO sightings have been reported in the county.

No explanation has been offered yet for the recent UFO sighting in Tenbury.

The files reveal 21 reports of UFOs made by witnesses between 1997 and 2009 across Worcestershire.

In August 1997, a UFO about the size of an aircraft was seen travelling across the sky at tremendous speed.

In 1998, too bright, oval-shaped objects were observed slowly moving across Evesham’s sky and round, white, erratic objects in Kidderminster.

In Bewdley, Hereford, and Worcester, witnesses also reported seeing a black teddy bear-shaped object moving quickly through the sky. Very bright round UFOs and shooting stars initially moving slowly then rapidly were also reported in the early morning in Worcester in 1999 and 2001.

On New Year’s Eve in 2001, a star-shaped object was reported pulsating and then vanishing in Malvern.

A yellow and red big, round, bright star moved upwards in April 2002 in Worcester.

A helium-type balloon about a moon’s size with blue and red lights was observed moving across the sky in Worcester in 2003. In the same year, seven to eight spherical UFOs moved in a straight line above Droitwich.

In 2009, noiseless lights flying fast in a V-shape was spotted splitting up and disappearing, leaving no visible trail in Malvern.

The final UFO sighting report in the file involves an orange craft hovering above Evesham in October 2009.

The Ministry of Defence said that it stopped taking UFO sighting reports after 2009. 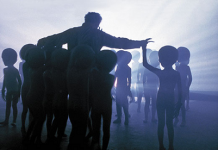 Is There Alien Life Beyond Our Comprehension? 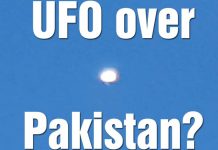 Bright UFO filmed from a plane over Karachi, Pakistan 23-Jan-2021 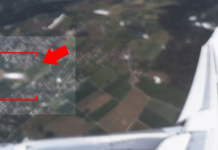