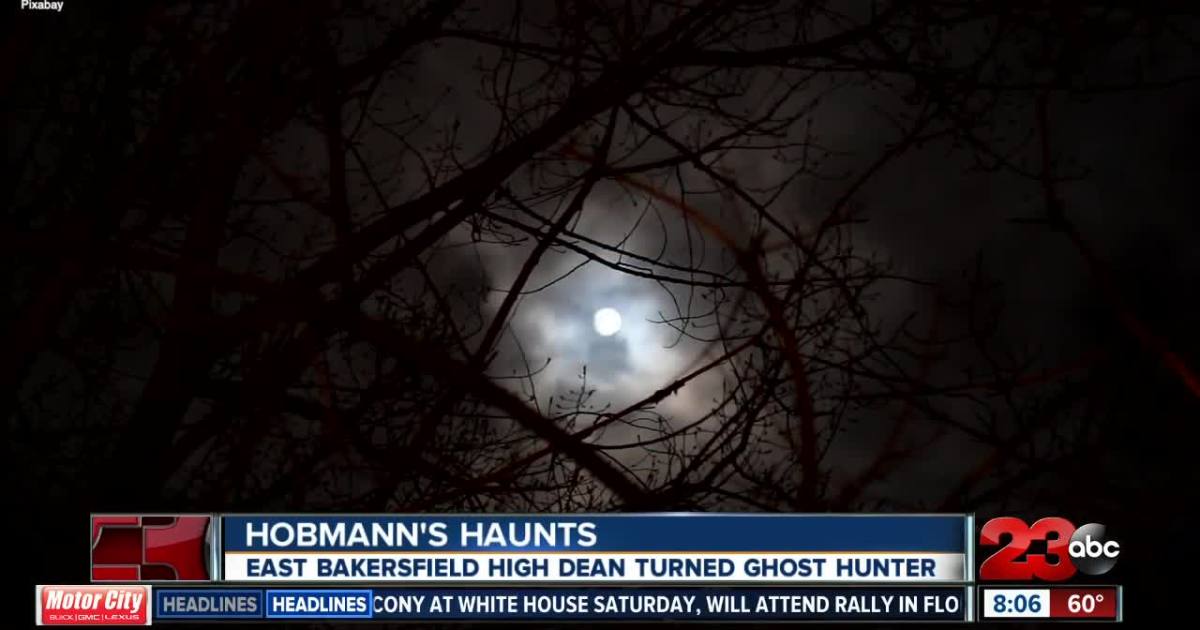 BAKERSFIELD, Calif. — For the rest of October, 23ABC’s Kallyn Hobmann will be bringing you a new series we are calling “Hobmann’s Haunts.” She’ll be teaming up with East Bakersfield High’s Dean Missy Bennett to chase down spooky spirits in Kern County.

Think back to your childhood. You’re snuggled up in your bed when something wakes you in the middle of the night. You open your eyes, and see a silhouette of a little boy.

“I close my eyes for a second. I open my eyes and now he’s next to my bed and I’m still just like so afraid to move, to scream. He’s just there. There’s no features. I just know it’s a little boy with a little bowl cut hair,” said Missy.

Missy was about eight years old when that happened to her. Of course, she was terrified.

“I was afraid to move, I was afraid to breathe. I’m, like, looking through the slits of my eyes so I look like I’m still asleep,” she said. “I was absolutely paralyzed, I mean I’m just terrified.”

She said the paranormal has interested her ever since, and now she’s starting a sort of ghost hunting business of her own.

“It’s not anything I would charge for, but [I] would definitely like the opportunity to help people who are having issues that they think might be paranormal to either disprove it or confirm it, depending on the situation,” said Missy.

So how does ghost hunting work? Well there are a few tools Missy uses, like a K-II meter.

“You can use this as a communication device [for] yes, no questions. If you’re a male, please walk up to the lights and make the lights go off, and then the lights will illuminate all the way across,” she said.

Missy said a digital voice recorder is her favorite piece of equipment.

Which is what she did during a recent investigation. A family reached out to her after experiencing what Miss says sounds like something right out of a horror movie

“TV’s picking up and moving and dropping on the ground in front of their face, you know, guitars being knocked over in the middle of the night, dark figures in the hallway, like really, really scary stuff.”

Watch the video above and listen to an EVP recording from the investigation. First, you’ll hear white noise, and then something else.

Missy said she can’t make out what’s being said, but there wasn’t much more evidence of a haunting to be concerned about.

“I’m not trying to say that there wasn’t a haunting, but what I feel like is whatever is or might be there isn’t anything malicious or malevolent, so nothing that they should be afraid of,” she said.

“I go into every investigation really as a skeptic, but it’s when you have that moment when you can’t explain it away, that your skeptic is like, ‘Wow, maybe there is something else out there,'” she said.

Tune in to “Hobmann’s Haunts” next Sunday morning because you will not want to miss their first official ghost hunt. 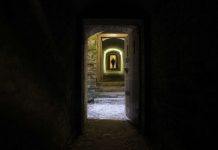 Nope. Still have no idea the cause. RT @khat_nip: So @Jchawes Can I be nosy and ask what you were finally diagnosed with? I'm guessing low blood sugar...? #GhostNation #Hawesome

Don’t ever plan too! I just wish I could remember most of it.. RT @sharimarie826: Well then @Jchawes Don't ever do that again to us!! 😡😜 #GhostNation.

I survived! #GhostNation. RT @jersey609girl: @Jchawes we are sad seeing you get taken away in ambulance. Hope you are ok. pic.twitter.com/3yDGeoRXtP

No. I was there alone. It was for the best while they ran tests. RT @tric101: @Jchawes were you wife and kids able to be with you in the hospital? #GhostNation