Home Cryptozoology News What is the Bridgewater Triangle anyway?: A look at the dark and... 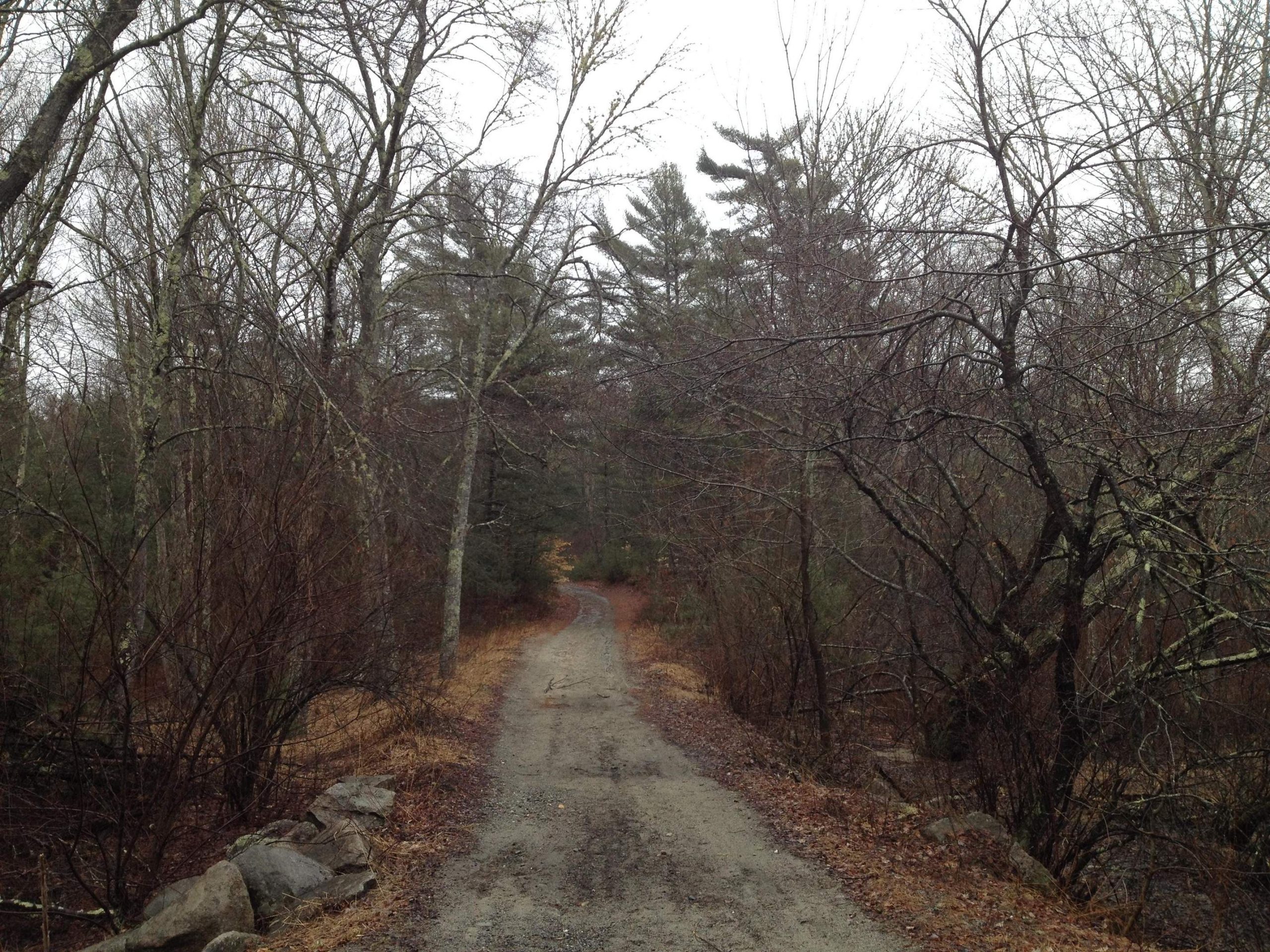 TAUNTON — The ghost stories, personal accounts and folklore that make up the legend of the Bridgewater Triangle are too vast to ever fit in a single book, though many devoted investigators of the triangle have tried meticulously to record them.

They encompass what can only be described as a smorgasbord of the paranormal, cryptozoological and just plain weird. In fact one of the most baffling parts of the Triangle legends has to be the range of strange sightings said to be a part of this enigmatic approximately 200 square mile area of the Bay State.

And one need not believe in the supernatural to enjoy the mystery and history of it all.

Aaron Cadieux, co-creator of a 2013 documentary on the Bridgewater Triangle, said that while he’s a born skeptic, he loved collecting creepy stories about the triangle just because of the fun of it.

“I walked into the project probably like 99 percent skeptic and walked out of the project still like a 96,” he said. “But there were a few things in the film that even me as a skeptic, kind of had to take a step back and scratch my head.”

The modern cultural origin of the Bridgewater Triangle legend is widely thought to lie within cryptozoologist Loren Coleman’s 1983 book “Mysterious America.” In it, he coined the term “Bridgewater Triangle,” inspired of course by the Bermuda Triangle, established its rough boundaries and identified some of the Triangle’s most notable places and legends, calling it a “window area of unexplained occurrences.”

Coleman establishes Rehoboth in the southwest, Abington in the north and Freetown in the southeast as the three points of the Triangle — meaning hundreds of thousands of people in Taunton, Brockton, Raynham, Berkley, Dighton, Easton, Norton, Mansfield and the Bridgewaters live inside it.

But modern investigators into the Triangle insist that there is by no means a clear boundary for the haunted and strange area, often pointing to Fall River, parts of Rhode Island, nearby towns and even Cape Cod as being under the triangle’s unique influence.

“No one ever said ‘There’s a line on the road and if you’re on one side of it you’re fine and outside the triangle and on the other side you’re in it,’” said author and paranormal investigator Jeff Belanger. “It bleeds out.”

Coleman wrote about the infamous Hockomock Swamp, located between Easton and West Bridgewater, as being known for it’s sightings of “spook lights” — unexplained balls of light floating around, as well as large hairy creatures often thought to be Bigfoot himself. He has also penned some of the most famous Bridgewater Triangle stories — how two WHDH radio reporters from Boston saw a homeplate-shaped UFO with red lights and a front headlight in West Bridgewater in 1979, and how in 1971, Norton Police Sgt. Thomas Downey spotted a gigantic winged creature while driving home through Easton one night and reported it to Easton police, much to his ridicule.

But the stories go far beyond what Coleman captured in his book. The mysterious Dighton Rock with its strange writings is often included. Anawan Rock in Rehoboth, Lake Nippenicket in Bridgewater and Profile Rock in Freetown are hot spots for sightings of phantom campfires and ghosts of Native Americans. Also notable for paranormal sightings are Solitude Stone, the Raynham-Taunton Dog Track, several cemeteries in Rehoboth, King Phillip’s Cave in Norton and The Hornbine School and Shad Factory in Rehoboth.

One of the eeriest legends has to be the red-headed hitchhiker of Route 44. It is said that a man with a big ginger beard, a plaid flannel shirt and jeans is often seen on the side of the road near the Rehoboth/Seekonk town line. He is said to get into cars only to disappear.

And then there’s the Freetown State Forest, which has perhaps the darkest reputation of them all. There’s Assonet Ledge, the site of many suicides, and where people who have never considered suicide are said to get the sudden urge to jump.

But much of this is apparently due to its ties to horrifying true crime stories. Retired Freetown detective Sgt. Alan Alves said he witnessed evidence of regular satanic cult activity in the forest for 15 to 20 years, beginning in the late 1970s and continuing into the early 90s. He said he and other officers would regularly find animals that appeared to be sacrificed ritualistically, with no blood in the animal but none on scene either. They’d often find satanic graffiti of upside down crosses and pentagrams.

Alves said police believed the infamous Fall River cult murderers Carl Drew and Robin Murphy conducted rituals in the forest, even having a hut in the middle. Alves also said police found an underground bunker with creepy dolls believed to belong to a satanic couple who were prosecuted for molesting children they had adopted.

Alves was the first officer on scene at the discovery of 15-year-old Mary Lou Arruda of Raynham’s body after she was kidnapped in 1978 and found dead in the forest two months later tied to a tree.

“That stayed with me because at the time my daughter was just a few years younger,” Alves said. “It really stood with me and it stays with me today.”

Since Coleman’s introduction of the Bridgewater Triangle to the world, a select group of paranormal investigators and enthusiasts have stepped up to record and investigate as many strange occurrences as possible, and in doing so continue the story of the Triangle. Most have their own websites devoted to their findings in the Triangle, but none have any definitive answers as to what is going on there.

“It’s trying to solve a mystery that doesn’t want to be solved,” Balzano said. ”…You’re never going to find the answer, but you’re going to find a lot of clues.”

So what is going on in the Bridgewater Triangle? There is of course what perhaps most skeptics believe:

“Is it because the region has been defined as strange that people are automatically attributing things that could be easily explained as paranormal because there’s a heightened sense of awareness living here?” Cadieux asked. “In other words, you hear something crashing in the woods and it could be a deer, but everyone’s minds go to Bigfoot because they’re living in the Bridgewater Triangle.”

But others who have dedicated their time to investigating the Triangle are convinced there is something more going on. Belanger believes it goes back to King Philip’s War — a war between the English settlers and the Native Americans in the mid 1670s. The bloodiest war per capita in U.S. history, it took place largely in the Bridgewater Triangle region and ended with the Wampanoag chief Metacom, also known as King Philip, being hung, beheaded, drawn and quartered and his head displayed on a pike for 200 years at Plymouth Colony.

But many other Triangle investigators believe King Philip’s War is merely a symptom of the negative energy there, and that its mysteriousness is much older, having something to do with the land and possibly even being conscious.

“There are these areas all over the globe that are nicknamed ‘window areas,’” said Andrew Lake, of Greenville Paranormal research. “There are these locations that seem to be like a tear in the veil to other realities.”

“It’s a thing. It’s not a location. It’s not a random place on a map,” Balzano said. “It’s a living, breathing thing that has a hunger and has a dark side to it.”

But whatever you believe, the Bridgewater Triangle is just a step out the door for anyone living in Southeastern Massachusetts. And when you see something strange, you might just wonder if it was something more than it seemed.

Get the news delivered to your inbox: Sign up for our Newsletters: Morning, afternoon, sports, entertainment and breaking news.
Support local journalism: Sign up for an online subscription for less than 50 cents a day.