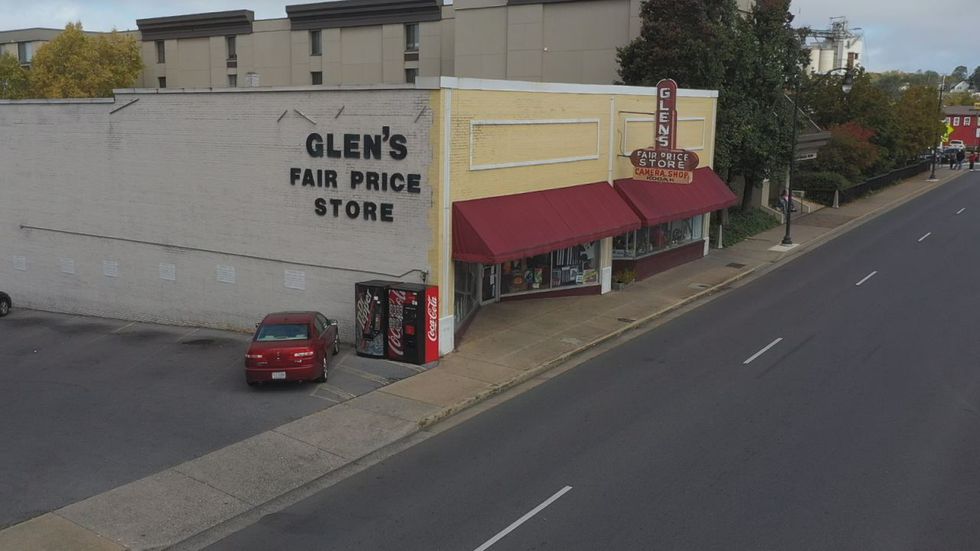 HARRISONBURG, Va. (WHSV) — Since 2006, Haunted Harrisonburg Ghost Tours has told the many stories of paranormal happenings in downtown Harrisonburg and one of those stories involves two store owners who said they are haunted by their parents.

Over the many years of the tour, Lisa Ha has been the director and guide to tell each story of unexplained mysteries in downtown Harrisonburg.

“There are a lot of supernatural happenings here in Harrisonburg,” Ha said. “Part of it is the history, part of it was from the civil war that was nearby.”

Unfortunately, this year the ghost tour is not happening due to the COVID-19 pandemic, but normally the tour would take you to stops at night like at the ICE House and Joshua Wilton House to tell the stories of strange happenings.

Ha said she enjoys telling these stories because it’s a way to share history, and over the years the tour has grown to encompass all of downtown.

“There’s just too many ghost stories to share in just one hour, and they all have a personal connection to someone I’ve met on the tour,” Ha said.

One of those stories involves one family and two store locations on North Main Street.

Since 1941, Glen’s Fair Price has served the community in downtown Harrisonburg, but in 2004 after Glen Stiteler and his wife passed away, his children decided it was time to move the store to a bigger space.

This is not the first time the store had moved, but it was the first move under new ownership.

“Overnight while we were moving everything out, we would be in the basement and you’d hear walking upstairs,” Gary Stiteler, Glen’s son, said. “When we’d slip upstairs we thought we left the door unlocked or something but no one was up there.”

Stiteler said the old space was located at 187 N Main St. and at one point served as a church, as well as a clinic during the Civil War.

He said throughout the move he and his sister would hear what sounded like someone running up and down the steps and lights flickering in the basement, on and off, but no one was around.

The biggest scare came to the brother and sister when they had hired a painter to touch up the inside of the current space of Glen’s Fair Price Store.

Stiteler said at this time nothing had been moved into the building yet, and the only thing that filled the space was shelving.

“One day the painter came over and said ‘who set that cologne on the sink over there in the bathroom?’ and we said ‘we don’t know what you’re talking about,’” Stiteler said. “So we came over here with her and when we got over here we found a bottle of cologne, which is what my mother used all the time.”

Stiteler said they believe that his parents are still watching over both stores closely and believe these unexplained mysteries are coming from their spirits.

He said since the move, it has been some time since they’ve heard of any activity, but he believes the cologne bottle was a sign from his mother that she was okay with the move.

As you walk into Glen’s Fair Price today, a picture of Stiteler’s parents hangs on the door.

Ha said there are many other ghost stories just like this one in downtown Harrisonburg, and although the tour is postponed this year, the tour will be back in 2021 to frighten you.

Until then, you can always visit local shops and ask about their ghost story in Harrisonburg.

Check out last week’s Hauntings with Hood at the American Hotel in Staunton here.