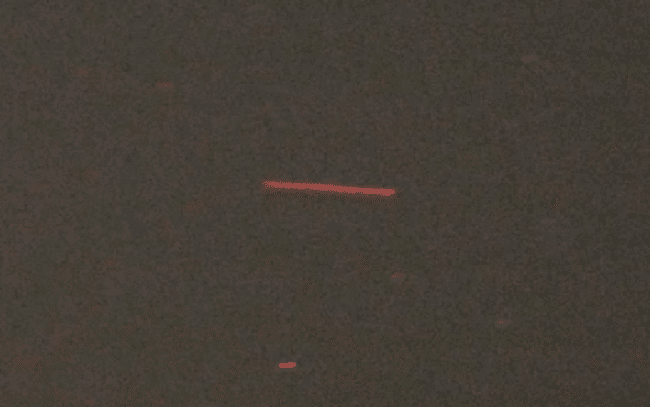 This footage was filmed from Hiko, Nevada and it allegedly show a UFO activity in the sky above Area 51.

Witness report: On Thursday Oct 15 2020 at 7:29pm, it was a moonless night with light winds but latter they picked up. I recorded many craft flying over Area 51, with my Canon T6. I use long time exposures (13 seconds) (95/300mm) and occasionally video since this camera has a 300 mm zoom. I am unsure But I think I zoomed into 300 mm to get the video shot and than focused it better. I suspect the 8 craft I caught flying over Area 51 were drones. I also have images of them. I saw a stationary object that appeared to be a drone coming down(digital image 531) and than hoovering(Video 0532). I than went from long time exposures to Video and recorded this UFO for about 2 minutes and 15 seconds. At the 2 minute mark it turned off its lights and never came back. This video shows the craft hovering, although it some times appears its two crafts.. From Black Mail box looking straight ahead om a SW direction, its over Area 51. I also witnessed two white explosions behind the Area 51 mountain range, no sound was heard. It doesn’t appear I have caught them on my files. I stayed a little bit longer, but the wind picked up,, the exercises stopped or paused at Area 51.. and it was impossible to get a good steady shot in complete darkness 14 miles away. A late model Chevy car pulled up to Black Mail Box, after I was just about done.. I waited for the person to get out.. they never did. I left and went home early that night, you just cant shoot any thing reliable under those conditions. It seemed like Area 51 closed down when the high winds came in. I also reestablished the Black Mail Box back in June 2019.. so far its still there. Note: That was a Thursday nite,, it may appear, Bob Lazar Night which was Wednesdays, may have moved to Thursdays. Because I have shot nothing on Wednesdays in last few months. I drive 240 miles round trip every other week to catch a glimpse of what’s going on out there. 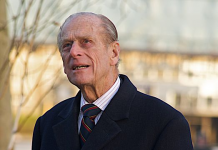 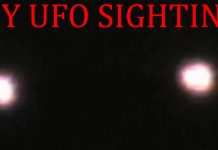 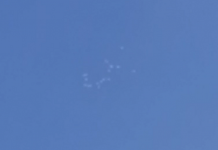