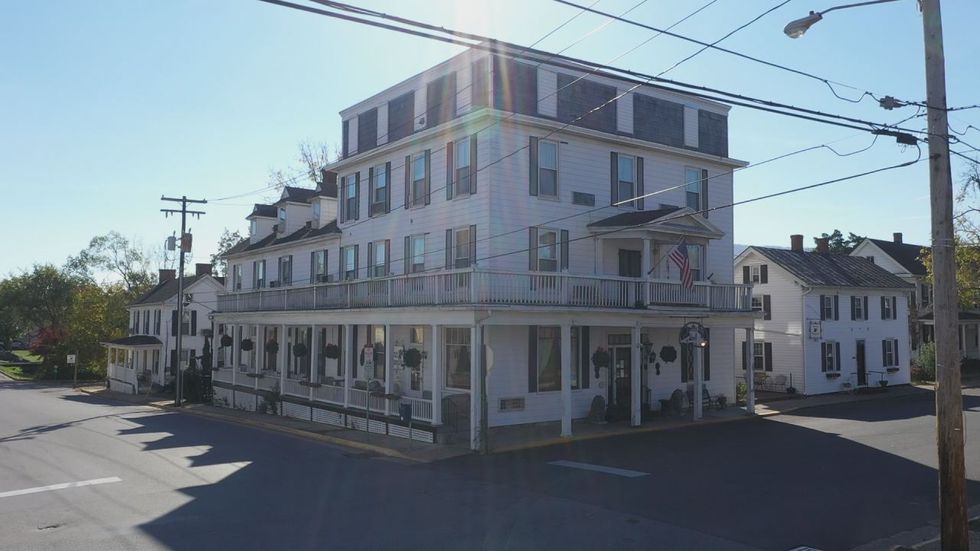 STRASBURG, Va. (WHSV) — Every other year, the Strasburg Virginia Heritage Association puts together a ghost tour to tell the paranormal stories of the town.

But this year, you can take the tour through an app.

Tim Taylor with the heritage association said through the izi.TRAVEL app, guests can stop at 10 stops, all within a block of each other, that have had paranormal happenings.

“I was totally surprised how many people had these stories about, you know, where they saw apparitions or they experienced something, and I thought it was pretty cool,” Taylor said.

One of those stories is of the Balzer Huber House, where a previous owner described smelling the scent of a lit cigar in the old log cabin home.

In the story, the owner described seeing his dogs also bark into thin air, but thought nothing of it, and found objects in his home that had moved around when he was away.

“All of a sudden, his dogs started barking one day and he went ahead and went to the foyer,” Taylor said. “When he looked at the steps, he could see at the top of the steps a woman in antebellum clothing, and she had no head.”

Taylor said the owner also described seeing a headless man and child in months to follow. The historical society believes it may be a couple who were married with different social statuses and are buried in the town.

Another stop will take you to the Strasburg Hotel, the former hospital that turned into a hotel in 1915. Taylor said many locals know the story of haunted room 210.

The legend says a hotel worker came face to face with a woman in white.

“The worker said she saw a woman in a white dress and she was very faint looking, but she could definitely make out it was a woman,” Taylor said. “So she started to approach her and she was going to say something to her, but the women just walked and then walked through the wall.”

Taylor said workers have also seen the ghost of a man in room 310 on the same side of the hotel.

If you walk down on the tour a little farther, you’ll also find Taylor’s home as a location on the ghost walk. He said he hasn’t heard much paranormal activity in his home, but he said it looks the part.

Each Halloween, Taylor decorates his home to add on to the Scooby-Doo haunted house look, but he also waits to see the ghost of the original homeowner, who died on Halloween night in the home in 1898.

“My family thought if anything was going to happen we might see Mrs. Cobb,” Taylor said. “She was a spangler, we thought we might see her walking around the house or something, nothing was seen so far, but again it’s never too late, I guess.”

The Strasburg Ghost Walking Tour will stay up on the app for the next couple of weeks. Taylor said it is free this year and students from Strasburg High School and staff have also helped put the tour together.

Check out last week’s Hauntings with Hood where we discover paranormal stories in downtown Harrisonburg.