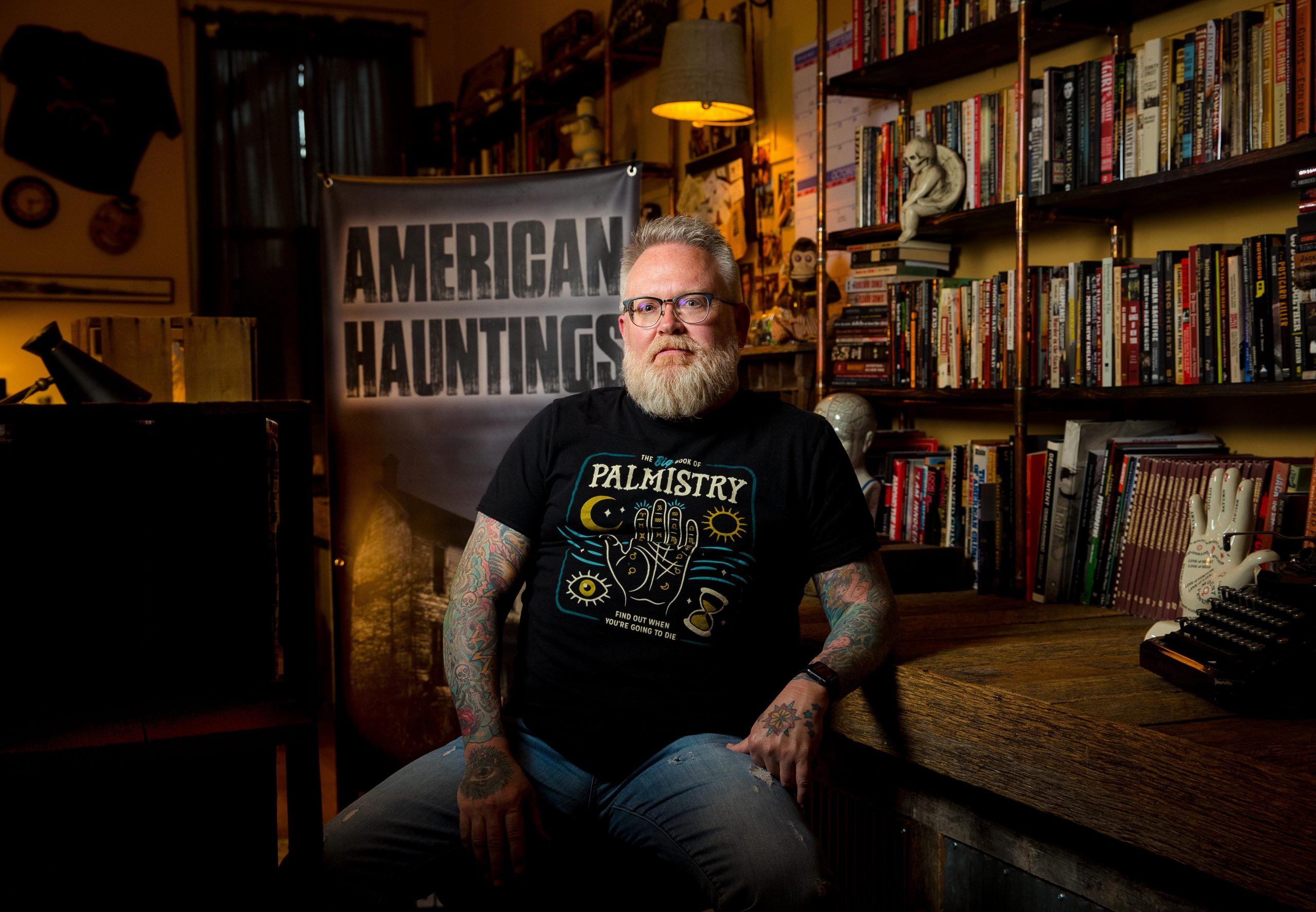 There wasn’t any particular event or encounter that drew Troy Taylor to the supernatural.

“I wish I had a really great origin story, but I don’t,” Taylor said. “I just have always been interested in this kind of stuff.”

Taylor, a central Illinois native, has made a business out of his passion, writing more than 90 books about ghosts, hauntings, history, crime and other unexplained phenomena.

Not to mention the ghost tours his company, American Hauntings, operates in Alton, Chicago, Decatur and Springfield.

On Monday evening, Taylor will share his enthusiasm for the paranormal — and his favorite Springfield ghost stories — at a Zoom event hosted by Lincoln Library.

In an interview with The State Journal-Register on Friday, Taylor answered one of the most common questions he receives: ‘What makes a place haunted?’

“I think a lot of places that get a reputation of being haunted have things in common,” Taylor said. “A lot of times, they are locations where violence or tragic, or really traumatic events take place, like battlefields, or murder scenes or something like that.”

“And that seems to leave an impression behind, not necessarily a ghost, but it leaves some energy behind that sort of repeats itself, which we call a haunting, but that’s really a generic term for some kind of strange activity that repeats itself over and over,” he said.

Taylor said this “bad energy in a place that repeats itself” is far more common than “intelligent ghosts,” no matter what television shows and movies may portray.

But that isn’t to say that there are no intelligent ghosts, Taylor said.

Taylor has written about strange occurrences across the country, but has particularly honed in on Illinois over years. His first book was about haunted sites in Decatur. Subsequent publications and ghost tours have illuminated stories from across the state.

Among his favorite Illinois ghost stories is that of Resurrection Mary, where several men over the years have reported picking up a young female hitchhiker who would later ask to be let out near Resurrection Cemetery in Justice and would then disappear into the cemetery.

Another is Hickory Hill, also known as the Old Slave House, near Junction. The home, built in the 1830s, had ties to kidnapping and illegal trafficking in slaves. Strange sounds and uncomfortable feelings have been reported in parts of the home.

Taylor said that Lincoln Square Theater in Decatur is “still one of those places where you can almost always count on something weird happening.”

As for Springfield ghost stories, Taylor was more coy as he looked to save the best for his presentation. He promised there will be some Abraham Lincoln ghost stories and perhaps some references to haunted buildings, such as The Lake Club on Fox Bridge Road and Norb Andy’s Tabarin.

“Let’s just say it’s gonna be lost graveyards and restless spirits and haunted houses,” Taylor said. “And we’ll leave it at that.”

Want to go? Here are the details:

Ghost hunters say this is their biggest fear. And it has nothing to do with ghosts – CNN