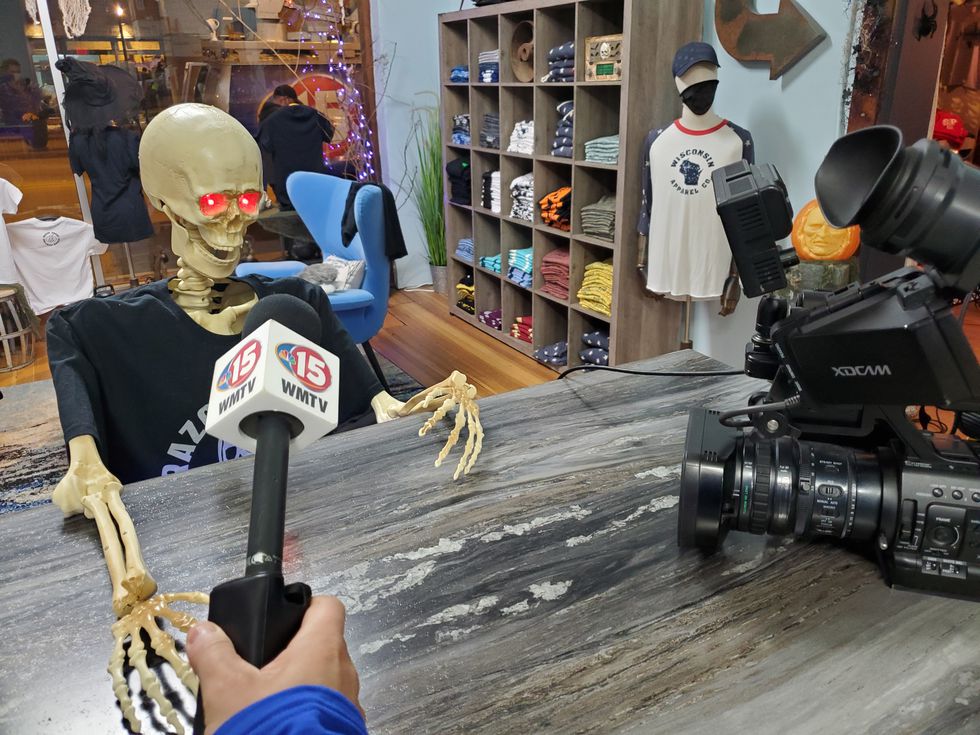 SUN PRAIRIE, Wis. (WMTV) – The owners of a small business in downtown Sun Prairie claim their building is haunted. To help get some answers, they called in professional ghost hunters to investigate.

“We were having noises, smells, and just very subtle little things that just raise the hairs on the back on your neck,” said owner Renee Von Klopp.

Von Klopp and her husband John moved into the old building on 227 E. Main Street after their original business was destroyed in the downtown Sun Prairie explosion in 2018.

Soon after they moved in, that’s when the spooky shenanigans started. The Von Klopps say there hasn’t been a major scare like you see in the movies. They haven’t actually seen a ghost and say chairs aren’t flying around the office.

But they’ve both experienced something weird. They’re daughter has, too. Even their 125-pound dog Duke seems to act different in the building sometimes.

“And I started thinking ‘is this really happening? Is it our imagination?’ said Von Klopp.

So, who did she call? Paranormal of Wisconsin.

“Our big thing is when they call us, when they reach out to us, they are in need,” said Jason Bertram, lead investigator with Paranormal of Wisconsin. “They are confused, they are scared, there’s a lot of things going on,”

Bertram is a former police officer who began Paranormal of Wisconsin about 11 years ago. His team consists of co-founder Scott Timm, Amanda Halzer, and his wife Michelle. They use a variety of different gadgets that they claim can help confirm the presence of a spirit.

“We are excited to bring a scientific aspect, a more of a grounded-level investigation to the public,” said Bertram.

Bertram and his team conducted several investigations at Razor Sharp Screen Printing. They uncovered that for the first half of the 20th century, the building was a funeral parlor.

“The fact that it used to be a funeral parlor — so when you have so many emotions tied into a death of a loved one or what have you — it brings a lot of interesting details for an investigation,” said Bertram.

“When the spirit is noisy, we just try to figure out what are they doing. What are they trying to get across to us?” added Bertram.

Despite Bertram concluding that ghosts are present, the Von Klopps say they aren’t afraid and are vowing to stay put.

“The ghosts seem to be very friendly and they seem to be very interested in what’s going on,” said Renee. “The things they are doing are just things to let us know they are around — to kind of catch our attention,”