Hot on the heels of our highly successful and much-praised All Yesterdays: Unique and Speculative Views of Dinosaurs and Other Prehistoric Animals [BUY IT HERE], John Conway, C. M. “Memo” Kosemen and yours truly are putting together our second collaborative volume. It’s titled The Cryptozoologicon (or, perhaps, just Cryptozoologicon, I’m not sure that we’ve decided yet) and – while obviously cryptozoological in theme – it aims to go somewhere that books about mystery animals haven’t gone before. As anyone who knows cryptozoology will know (and as anyone who listens to the TetZoo podcasts will recently have heard affirmed), writings on the subject involve a (sometimes necessary, sometimes gratuitous, sometimes hilarious) amount of speculation.

People who know John and Memo’s artwork, and my writing, will be familiar with our strengths in speculative zoology. In discussing mystery animals, we have of course both reviewed existing knowledge and proffered our own interpretations of where the evidence leads (err, all to often it leads nowhere…), but we’ve also had a lot of fun in asking the most interesting question: what if? That is, what if these cryptids were real? What would they be like, and what would their evolutionary backstory be? And to learn exactly what we’ve come up with, you’ll have to see the book itself, of course.

Until then, here’s a teaser: the Yeti section of our book. Ironically, this is actually one that doesn’t contain all that much novel speculation (for reasons discussed below). However, we hope you enjoy it and get some idea of where we’re going with this project. I also want to add that – as yet – I haven’t seen the published version of Daniel Loxton and Don Prothero’s Abominable Science; once I do, it’ll surely get cited in this section and probably in other parts of the book as well.

The Yeti is easily one of the most famous of mystery creatures. The Yeti of the cryptozoological literature is not the shaggy-furred, white snowbeast of Hollywood movies and popular artwork. Instead, it’s a blackish, dark brown, or red-brown animal of the sub-temperate and temperate forests and mountainsides of the Himalayan Mountains and Tibetan Plateau, predominantly bipedal and 3 m or so in height (though, to be fair, white Yetis have supposedly been reported from Tibet). Eyewitness and mythological accounts believed to describe the Yeti come from such countries as Russia, China, Nepal, Tibet and India. Across this large area, a variety of different local names are believed by cryptozoologists to describe the same creature (Shackley 1983). However, there is much variation in the size, form and behaviour of the hairy ape-men described across this area by witnesses and known from lore, so one interpretation favoured by some cryptozoologists is that there are actually two kinds of yeti, or that we’re actually seeing references to a huge cast of unknown hominids that range from shaggy, orangutan-like species to surviving Dryopithecus-like species, australopithecines, Neanderthals, members of Homo erectus and others (Heuvelmans 1986, Coleman & Huyghe 1999).

This is the only logical interpretation if we choose to imagine all ‘wildman’ sightings and lore as encounters with real creatures.

If, however, these sightings and lore combine mistakes, hoaxes and wishful thinking with the seemingly universal human belief that there have always been wild creatures or spirits that are somehow intermediate between people and the rest of the natural world, it is wisest to interpret all or most ‘mystery hominids’ as a sort of socio-cultural phenomenon that has been mistakenly ‘de-mythified’ by cryptozoologists. In view of the continuing lack of good evidence of any sort for Yetis and other mystery hominids, the latter is our preferred option.

Zoologists, biologists and other scientists interested in the concept of the Yeti as a real animal have universally regarded it as a primate, and as a great ape (that is, as a member of Hominidae, the group that includes great apes as well as humans). Its Asian distribution, the general idea that it’s approximately similar in some aspects of appearance to orangutans, and the proposal that it might be related to (or a version of) the extinct Asian hominid Gigantopithecus have all combined to create the more specific idea that it’s a pongine: that is, a member of the same great ape group as the orangutans, Gigantopithecus and so on.

While this sounds like a reasonable interpretation of the data, the fact is that – like so many detailed cryptozoological hypotheses – it relies on the integrity and reliability of the supporting anecdotal evidence. Accounts whereby mountaineers and explorers catch glimpses of distant Yetis are fairly well known, as are cases where the same people find large, superficially human-like footprints in the snow. To date, however, reliable evidence that might provide support for the yeti’s existence remains unknown: there are no good photos or bits of film, the few photos of good footprints (notably the Shipton photos of 1951) almost certainly represent clever hoaxes, and claimed nests, hairs, bones and pieces of skin have all proved inconclusive or misidentified (e.g., Milinkovitch et al. 2004). Furthermore, the ‘best’ eyewitness accounts on record (e.g., Slavomir Rawicz’s detailed sighting of 1942) are highly suspect and probably fabricated (“It is most unfortunate that all this detail occurs in a book whose authenticity is, to say the least, doubtful”; Shackley 1983, p. 55).

In short, we regard the Yeti as an amalgamation of fleeting glimpses of known animals (including bears, takin and serows) with both the universal wildman archetype and with local Asian lore about humanesque, mountain-dwelling demons (Himalayan depictions of the Yeti do not all make it look like a primate. Some show tailed bipedal creatures with carnivore-type faces and protruding fangs (Davidson 1988)).

The fun part: what if the Yeti is real?

Most of the speculations we might make about the Yeti (if we assume it to be a real animal) have already been made in the extensive cryptozoological literature on it. Heuvelmans (1958) gave the Yeti the suggested scientific name Dinanthropoides nivalis and proposed that giant size evolved within a lineage of arboreal Asian apes, that the members of this lineage came down to the ground, and that specialisation for life in mountainous, snowy places encouraged them to become bipedal. He implied a close link between the Yeti and Gigantopithecus but did not think that these apes were close to orangutans. This scenario would require that Yeti bipedalism evolved independently from that seen in humans and other hominids, and it’s contradicted by evidence indicating that hominid bipedalism first evolved in an arboreal setting, later being improved by those lineages that took to increased terrestrial life (see the Orang-pendek section, pp. 13-15).

While some authors have implied or argued that the Yeti and Sasquatch are members of the human lineage, we prefer the view that these are bipedal pongines, convergently similar to hominins in some ways but different with respect to the details of anatomy, gait and behaviour. Indeed, Yeti sightings create the impression of a hominid not all that different from the paranthropines, the more robust of the extinct, African australopithecines. Dinanthropoides walks bipedally with slightly bent knees, its body leaning more forwards than is the case in our species, and its long arms reaching down to its knees. Its resting poses more recall those of orangutans and gorillas than humans, and it can even move quadrupedally when scrambling up hillside and among large rocks. Its feet are only superficially human-like, the enlarged, only semi-divergent hallux and broad heel representing strong terrestrial specialisation in a primate that started its terrestrial career with a typical hominid foot like that of orangutans.

Yetis are not reported to use tools; however, this may be due to a lack of detailed observation. We know today that orangutans, gorillas and chimps all use tools in the wild: these behaviours went unknown for decades and (in most populations) only occur rarely. A strong jaw and massive, strong teeth make Dinanthropoides an expert at breaking fruits and nuts (Tchernine 1974). As a hominid adapted for temperate, often cool, habitats, Dinanthropoides is able to deal with warm summer conditions as well as far cooler, winter ones thanks to seasonal changes in the length and thickness of its pelt, though these changes don’t happen across all Yeti populations. Our Himalayan Yetis are in their thinner, reddish summer coats (the scene depicts a time several decades in the past, when the Himalayas were more extensively covered by snow and ice than they are today).

If only more people were prepared to accept the reality of the Yeti, Sasquatch and Orang-pendek, they would realise that the supposed differences between humans and other great apes merely reflect the fact that the ‘intermediate’ taxa are extinct or scientifically unrecognised. Yet again blinkered, hidebound establishment Ivory Tower scientists, more interested in sitting behind their computers than searching the world for real animals, are holding back scientific progress!!!!!!! THEY WILL BE SHOWN WRONG IN THE END!!!

The Cryptozoologicon – by John Conway, C. M. Kosemen and Darren Naish – is due out later in 2013 and will be published by Irregular Books. Follow @IrregularBooks on twitter.

Heuvelmans, B. 1958. On the Track of Unknown Animals. Hart-Davis, London.

– . 1986. Annotated checklist of apparently unknown animals with which cryptozoology is concerned. Cryptozoology 5, 1-26. 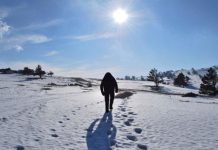 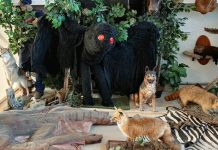