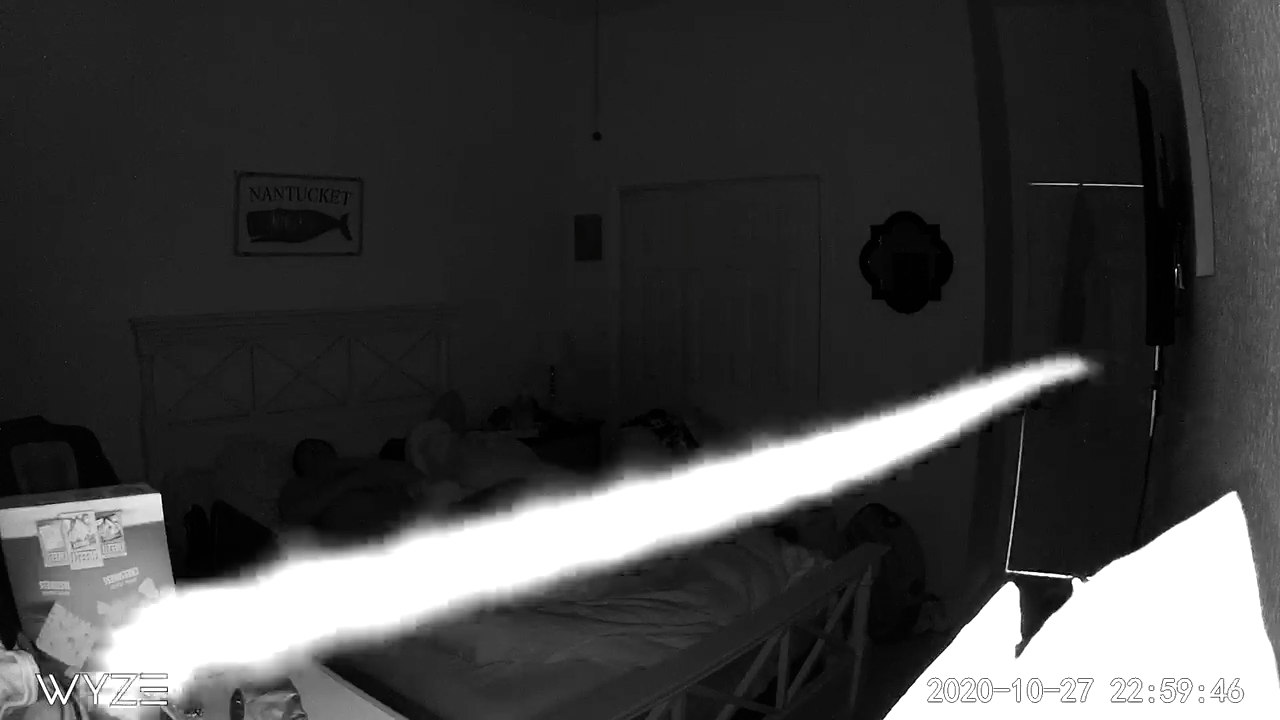 NORTH FORT MYERS — It’s now been two months since one of Steve Brogan’s family members died in his house, and since then, he’s been experiencing what he can only describe as paranormal activity.

Over the past two months, Brogan has been hearing noises, seeing lights, and experiencing other types of phenomena in this house. It’s gotten so bad, he won’t even sleep here anymore, but he wasn’t convinced it was ghosts until he checked his security cameras.

Brogan said, it all started with a noise.

“I come out of the room with a flashlight, turn the lights on. Check the pantry, check everything. Nothing is moved, so something is making all this noise, but nothing’s displaced,” said Brogan.

The noises continued, always happening in the dead of night. Brogan had dogs in the house at the time, but he doesn’t think that explains it.

Brogan now has a trove of videos stored on his cell phone. Unexplained lights zoom though the footage. He believes they can’t be explained away as dust or bugs, because they make hard right turns in midair, and if you stop the video at just the right spot, the lights sometimes appear to stretch the length of the entire room.

“If you back it up, frame by frame, look how big that thing is,” said Brogan.

We brought a self-proclaimed paranormal investigator with us, Robbin Gibbs, and Brogan allowed her to do some investigating, walking through the rooms of the house.

“Is there anybody here that would like to talk to me? I’d love to find out who you are,” said Gibbs, as she walked through one of the rooms.

Meanwhile, we sat down with Brogan for a virtual interview with a paranormal investigative team called SPIRITS based in St. Petersburg, Florida. We started by showing them yet another video of a picture of Brogan’s dead relative crashing to the floor all by itself.

“If you hit that with your hand, it would take a lot of force to knock that down,” said Brogan.

The team lead, Brandy Stark, said the footage was compelling.

“Knocking down the picture, that’s almost, I mean you can’t get any clearer than an entity saying this is who I am. It’s me and I’m back,” said Stark.

Meanwhile, Gibbs thought she had found something.

Gibbs tried to take pictures of that something, and snapped a photo that appeared to show a light on the floor. Stark said, it isn’t proof, but as far as paranormal activity goes, it’s about as close as you’re going to get.

“You can only say, based upon what we’ve seen, there seems to be some strong evidence of activity,” said Stark.

Brogan is trying to do what he can to stop that activity. He’s moved the ashes of his dead relative outside into his car.

“There’s a bible and there’s garlic around it,” said Brogan.

Brogan’s wife and dogs have now moved out of the house, and he said, he doesn’t blame them. He’s now convinced himself that his house is haunted.

“There’s no other explanation,” said Brogan.