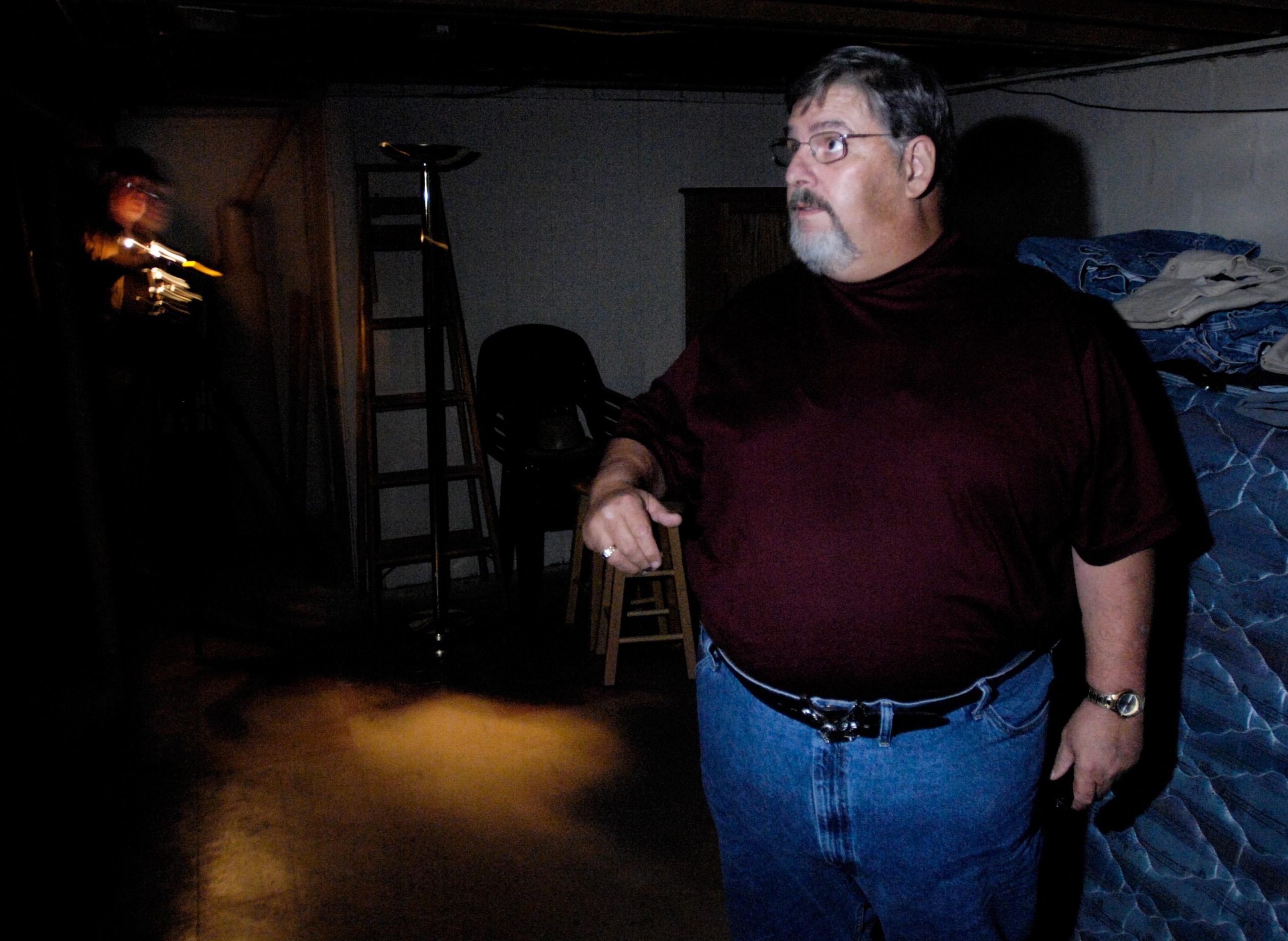 In a season where people are more attentive to ghosts, demons and other spooky phenomena, central Illinois is missing a longtime resident capable of facing down demons.

In one instance, Conover had been called to a farm in LeRoy, where owners had complained about an entity that had been attacking animals in the barn, inflicting the deep triple scratches often associated with demonic activity. According to Conover’s widow, Mary Ann, he confronted and defeated what proved to be a powerful demon through a combination of tenacity and intense Christian faith.

“It was mean,” she said. “It picked him up and threw him against the wall. He was very persistent, and he felt that God was on his side. He had his Bible with him. When he did his cases, he had that Bible, and he would quote Scripture. Eventually, whatever it was … seemed to disappear. After that, it seemed like everything was OK. The (owners) never complained again about any issues.”

Mary Ann said that Conover always felt his ability to see and talk with spirits was a gift bestowed on him by God after he lost his little finger in a lathe accident in the 1980s. It was shortly afterward, she added, that he began seeing and experiencing things he had not seen or experienced before. A conversation with Delavan-based psychic Greta Alexander revealed the nature of Conover’s encounters and the abilities he had been given.

“He chose to use those abilities for good, and to help people,” she said.

Mary Ann saw Conover in action for the first time in 2014, when she accompanied him on a case at the now-demolished Peoria State Hospital in Bartonville. She described his demeanor as focused and very professional as they toured the facility. As they entered a room there, she remembered, Conover saw so much paranormal activity that it seemed to illuminate the room with pink light.

“He could see all these spirits, and they were talking to him,” she said. “It was pitch black, and all I could see was these little flecks of light. He said, ‘That’s how I saw them.’ They were very upset and very mad because the building was being torn down, and they wanted him to stop what was going to happen. We went back down the hallway, and his team members were all standing in front of him. But there were so many spirits that he had trouble telling the difference between those and his team members. Evidently, (hospital founder Dr. George) Zeller got right in his face and was yelling at him.”

Conover’s willingness to battle a powerful and evil supernatural being in LeRoy may have astounded the average bystander, but it came as no particular surprise to his best friend of over 50 years: Dana Herold of Pekin.

“There was nothing that ever scared Robin,” Herold said. “I wouldn’t say the demon scared him, but it was so evil that it definitely got his attention.”

Herold’s 53-year friendship with Conover began simply enough: with an invitation to play. From that beginning, they attended Pekin Community High School together, learned to drive together and made time for annual summer outings to the Heart of Illinois Fair. When Conover began working as a paranormal investigator, Herold even accompanied him on some of his calls.

Robin was the toughest guy I ever knew in my life,” said Herold. “It could be Hell’s Angels, the Mafia or just some bully out there. I’d be scared, but they wouldn’t talk to him (disrespectfully).”

Given Conover’s toughness, courage and the pride he took in his service in the United States Marine Corps, his choice for a favorite actor seems a predictable one. His daughter, Amy Christy of Bryant, has vivid recollections of Conover’s affinity for John Wayne.

“You could hardly ever walk into the house when a John Wayne movie wasn’t on TV,” Christy said. “I couldn’t tell you which one was his favorite. He watched them all. He had John Wayne everything. I bought him a little windmill with a wind chime that had John Wayne on it. He said it was too nice to hang outside, so he hung it in the living room by the TV.”

But, according to Christy, the presence of children never failed to melt the tough façade he brought to an encounter with a grumpy ghost or a destructive demon.

“He was always worried about the little ones and always wanted them to feel like they could sleep in their own rooms and be safe,” she added. “He loved kids. He loved to see them laugh and smile. I have three kids, and he adored them. In his eyes, the sun rose and set on his grandkids.”

Mary Ann Conover remembers her husband’s fun-loving side, because that was the part of his nature that brought them together. They met in 2013 at B.G. Karaoke Saloon in Bartonville, where the owner and Conover’s close friend B.G. Myer introduced them.

“He was such a cheerful guy with a big smile,” she recalled. “Everybody loved him.”

Introductions turned to conversation, which blossomed into dating. In the summer of 2014, dating led the couple not to the altar, but to the stage at B.G. Karaoke.

“We were the first couple to get married there,” Mary Ann said. “We stepped off the stage, and the party started.”