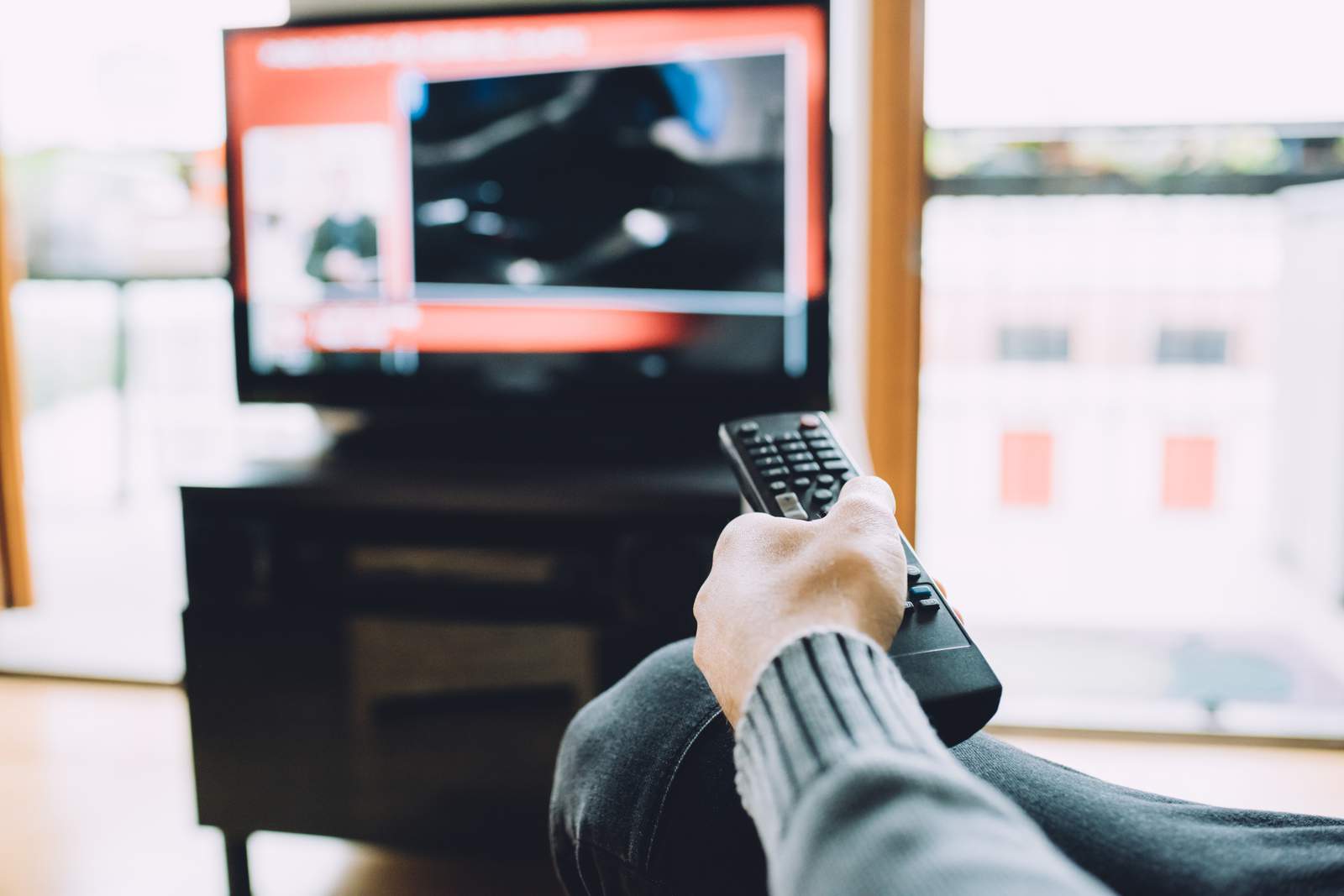 The Haunting of Bly Manor (Netflix)

This show isn’t THAT scary… but it did give me nightmares. If you watched and enjoyed “The Haunting of Hill House,” then you need to check out this one. It’s made by the same people, and there are some familiar faces in this one.

It’s part of the anthology series created by Mike Flanagan for Netflix. Bly manor wasn’t as scary as Hill House, in my opinion. I say that because I wasn’t able to finish Hill House (or even watch it alone) and at least when watching Bly Manor I could look at the screen — most of the time.

I won’t say anything about the plot except for that it’s pretty great. And once you start to figure out what’s going on, everything will fall into place.

Undone is animated dramedy that tells the complicated story of Alma, a 28-year-old living in San Antonio, Texas. It stars Rosa Salazar as the voice of Alma. Actor Bob Odenkirk voices her father.

Undone is the type of show you can start and finish in a day — you’ll probably finish it because you just can’t stop watching. There are eight episodes and each one is under 25 minutes long.

Undone is a mind-bending show. The story is told in the order Alma is perceiving it — time isn’t really linear in this show. This approach to a main character’s perception of reality isn’t hard to follow, and is very well done.

It premiered on September 13, 2019 and has reportedly been renewed for a second season, although we don’t have a release date yet.

What else is streaming?

This show only ran from 2016 until 2017, but if you need a comedy to watch to unwind — this one is pretty solid. It centers around a crew working behind the scenes of a late-night talk show and features a slew of familiar faces.

The dysfunctional staff gets into all sorts of trouble that has to be fixed before the show goes to air. Some of the stars featured on the show include Gwyneth Paltrow, Kelly Ripa, Whoopi Goldberg, Michael J. Fox and Mariska Hargitay. They all play a version of themselves. Click here to watch the trailer for season 1.

“Love, Victor” is a heartwarming (and sometimes heartbreaking) coming of age story that follows the story of Victor as he embarks on his journey of self-discovery. It’s set in the world of the movie “Love, Simon,” which was inspired by a young adult novel by Becky Albertalli. Victor faces the challenges of high school while working to understand his sexuality. Click here to watch the trailer for season 1.

“Upload” comes from Greg Daniels (known for The Office and Parks and Recreation). The show is set in the near future, in a reality where people who are near death can choose to be uploaded into a virtual reality environment. The show is a comedy with the classic romance subplot and a hint of murder mystery. Click here to watch the trailer for season 1.

And That’s Why We Drink

It’s spooky season — and what better way than to celebrate this whole month with ghost stories and murder mysteries? If you’re into true crime podcasts and paranormal podcasts this one has everything you need.

“And That’s Why We Drink” is hosted by Christine Schiefer and Em Schulz. They take turns telling ghost stories and true crime stories — and they’ve been doing it since 2017, so there’s a lot of content to catch up on.

Season five of “Spooked” was released this month — and it couldn’t have come at a better time. If you’ve never listened before you can get a 7 day free trial at Luminary to get you started. Each episode of season five is around a half an hour long.

Glynn Washington opens up the episode with a story before letting someone personally share their story. This is one of the best produced ghost story podcasts I’ve ever listened to. The first one of this season is the one that scared me the most — and luckily, you can listen to it for free.

Click here to listen to the first episode for free

What we’re listening to

Topping this list is Lewis Del Mar, an experimental pop duo from New York City. Their debut album was released in October of 2016 — since then the duo has been pretty silent. They dropped a new album this year titled “AUGUST.”

This particular song is incredibly moving overall. The depth of it is reflected in the vulnerability of the lyrics. “Border” was written by singer and guitarist Danny Miller. In an essay about the song, he said he wrote “Border” for his father.

Miller said his father, a Black and Latinx man who lived in the United States, suffered from schizophrenia and was homeless for a large portion of Miller’s upbringing. Miller said that in 2018 his father had a stroke and was taken to an underfunded hospital in an underserved Black neighborhood.

“Despite repeatedly telling the doctors about his mental illness, he was not given his medication. And after barely a week in recovery, he suffered an episode and walked out of the hospital. When I arrived to pick him up, the doctors weren’t even aware he had gone missing. This is the story contained in the song’s first verse,” Miller wrote in the essay. Click here to read the essay Miller wrote about “Border.”

The Last of Us Part II

The Last of Us Part II picks up not long after where the first game left off. Playing this game though feels like being punched in the gut several times before being dragged through the mud — I still enjoyed it though. Maybe I’m just a glutton for punishment.

The beginning of the game pulls you in rapidly, but the mood shifts and there are parts of the story that feel as though you’re being slowly pulled along against your will. At multiple points I verbally acknowledged (to myself, my cats, my dogs, anyone who would listen to me) the fact that I didn’t want to kill anymore zombies. Just over a quarter of the way through I had to switch from Moderate difficulty to Very Light, just because I was fatigued by the gameplay and wanted to rush through to complete the story. This even meant parts of the game where I was supposed to sneak I just charged through the enemies to get to the next part.

It took me around 23 hours to complete the game. Regardless of my exhaustion with the gameplay, I still truly enjoyed it. The artwork is lovely (Unrelated note: Nothing tops the design of Red Dead Redemption 2), the characters are lovable (for the most part), and the story line is interesting. Will I play it again? Maybe? I don’t know. Not right away.

If you have any suggestions for the next edition reach out to me at kclarke@wdiv.com