Mr and Mrs Spicer describe a large, blob-shaped animal in the waters of  Loch Ness, seen bounding across the road in front of their car. It triggers interest in Nessie and is covered by the national newspapers.

This Scottish biologist worked with Bernard Heuvelmans to devise many ideas about cryptids.

He travelled widely in pursuit of animals and wrote a lot of books.

Read more about the hunt for the Loch Ness Monster:

Heuvelmans was the main proponent of cryptozoology. He wrote books and articles, and devised a number of ideas on the evolution of cryptids.

Heuvelmans publishes the English version of his book, On The Track Of Unknown Animals. It makes the case for Yetis and others as genuine animals.

This aeronautical engineer achieved fame for his passionate interest in the Loch Ness Monster. He went in search of it on numerous occasions, with the intention of filming it.

Confidence in Nessie’s existence is so high that two experts publish a scientific name for the beast: Nessiteras rhombopteryx.

This folklorist argues that our ideas about monsters are continuations of folk stories. Creature sightings, he explains, are always interpreted within a ‘cultural landscape’.

It folds in 1998 due to financial problems.

This scientist is a leading expert on Loch Ness, its history, ecology and biology, as well as being a noted sceptic.

He has led numerous expeditions, including Operation Deepscan, and has tested many ideas about Nessie’s existence. 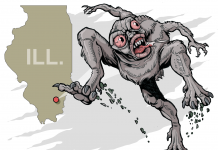