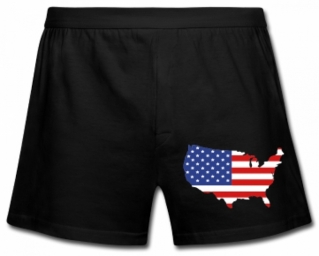 SCOTTS VALLEY, Calif. (AP) — Police officers in the mountains north of Santa Cruz responded to a suspicious figure in a roadway early Thursday and found Bigfoot.

“He was a little banged up but will be returned to his rightful place at the Bigfoot Discovery Museum,” the Scotts Valley Police Department said in a Facebook post.

The Santa Cruz County Sheriff’s Office had urged people to keep their eyes peeled for the 4-foot-tall (1.2 meters) wooden statue after it was stolen from outside the tiny museum in nearby Felton on Monday.

The museum dedicated to the mythical forest creature is outside Henry Cowell Redwoods State Park. It is temporarily closed due to COVID-19.

TME – If they found it, it can’t be Bigfoot.

MADISON, Wis. (AP) — Police are stumped by the theft of a rare pine tree from the University of Wisconsin Arboretum.

The stolen tree was about 30 yards (30 meters) from a street that runs through the arboretum, which is a popular spot for walkers, joggers, bicyclists and nature lovers.

The tree was planted in 1988, and a twin tree next to it was left unharmed.

However, a company white fir located nearby that was planted in 1981 had a 12-foot section cut from its top, police said. That was left behind.

Arboretum staff estimated the cost of the stolen and damaged trees to be at least $13,000, police said.

Police said they are hoping for help from the public in identifying the thieves, given the size of the tree and the manpower it would take to remove it. They urged people to call if they “witnessed a large tree being transported from this area — or noticed a large tree that’s now part of someone’s holiday display.”

TME – Sounds like a new Batman villain has hit the scene.

ROCKMART, Ga. (AP) — Police have jailed a woman in Georgia accused of pretending to be an FBI agent to score a free fast-food meal, saying she allegedly threatened to arrest restaurant workers if they didn’t serve her a complimentary bite.

Kimberly Ragsdale, 47, of Dallas, was charged Thursday with impersonating a public officer following repeated attempts to get free meals at a Chick-Fil-A, according to a Rockmart Police arrest report obtained by news outlets.

Employees at the restaurant told investigators that Ragsdale showed up at the location multiple times during the week and posed as a federal agent while driving a white minivan, and also threatened to take employees into custody if they didn’t comply, the police report said.

It added that the woman continued the farce as police arrived to arrest her in the restaurant parking lot Thursday, reportedly claiming to officers that she was an FBI agent and that her credentials were electronic. While being handcuffed, she allegedly began to “talk into her shirt like she was talking into a radio telling someone that we were arresting her and to send someone to Rockmart PD,” officers wrote in the arrest report.

Ragsdale was booked into jail Thursday and released on $3,000 bond by Saturday, online jail records showed.

TME – Why wouldn’t you do a burger place? Federal Burger Inspector – it’s right there!

SAN JUAN, Puerto Rico (AP) — A man who was in a traffic accident stole the car of a good Samaritan who had stopped to help him, Puerto Rico police said Thursday.

The incident occurred at peak rush hour on a busy highway in the capital of San Juan after the car of the alleged thief flipped over. When another person stopped to help him, the man stole their car and fled, according to authorities.

Police said the car involved in the accident was stolen.

No one has been arrested.

TME – That’s what you call a crash course in cynicism.

No shirt, no shoes, no service

COLUMBIA FALLS, Mont. (AP) — A man who crashed his car into a Montana grocery store and fled the scene was later arrested after running nude through a nearby retirement home, police said.

The suspect was transported to a local hospital for non-injury medical issues on Thursday and is expected to be booked after he is medically cleared. Columbia Falls Police Chief Clint Peters said his department will identify the suspect when he is booked into jail. Peters said he expects the man will face numerous charges, the Daily Inter Lake reported.

Witnesses described the driver as approximately 40 to 50 years old with dark hair and a mustache or beard.

The man is accused of driving through the front doors of a Super 1 Foods in Columbia Falls Thursday night and continuing to drive through the store before turning around and driving out the way he had entered, police said.

No one was injured in the grocery store. The front doors were destroyed, and cans of Pepsi were scattered around the entrance.

“I had just walked through the side doors when he crashed through the front doors,” witness Natasha Woolworth said. “He went through the store and someone said he chased a guy down an aisle. It was very scary and just awful.”

The driver had fled the scene by the time authorities arrived.

The suspect’s vehicle, a white 1995 Chevrolet Lumina, was later found crashed into a trailer across the highway. The driver fled the scene on foot.

Shortly after discovering the vehicle, police received a report of a nude male running down the hallway of a retirement home that was adjacent to the abandoned vehicle. Officers found the man about one block west of the home and detained him.

The police report says the male showed signs of drug impairment at the time of his arrest.

TME – That last sentence is the least surprising statement ever.