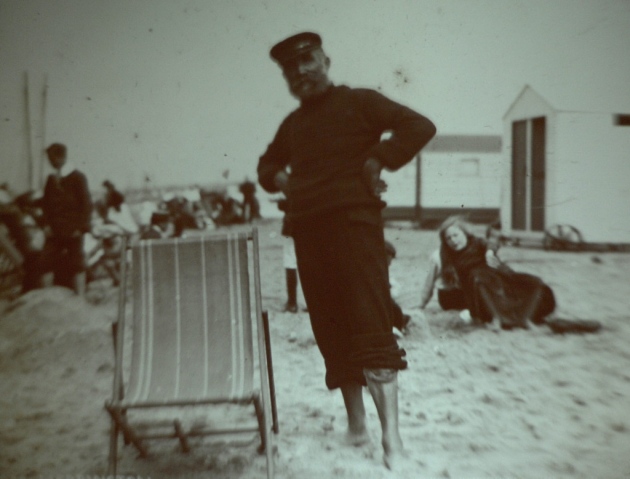 Does a sea monster prowl the coast near Southwold? Picture: SARAH LUCY BROWN

Does Southwold’s very own Loch Ness Monster patrol the coastline? Weird Suffolk’s Stacia Briggs and Siofra Connor document the many sightings of the Southwold Sea Serpent

Tales of sea serpents are some of the oldest stories told by mankind – but the beast that concern us today was seen off Southwold within living memory.

In 1938, according to Paul Harrison’s watery cryptozoology Bible, Sea Serpents and Lake Monsters of the British Isles (and two years after a host of Norfolk sea serpent sightings) Ernest Watson and William Herrington saw something strange while trawling for sole four miles east of Southwold. As they returned to harbor, both were startled by a huge animal with a long neck that appeared around 40 yards away from them – it was dark grey, travelling at around 30 knots and they estimated it was around 50 to 60ft long.

In The Daily Mirror in October 1938, Mr Watson said: “I have never seen anything like it in my life and I’ve been nearly around the world.

“It kept its neck bent and showed its camel-like back which stuck out of the water so far that we could see right under it. It was dark grey in colour. I’ve heard all about people seeing such things as the Loch Ness monster and I’ve laughed, but this was no laughing matter. My word it was going!

“You ought to have seen it and then you would have realised what a fright it could give anybody. I am only glad it did not come nearer our boat. It seemed to be towering right over the top of us as it was.

“I shouldn’t like to think that we were any nearer to it than we were, in such a small boat.”

Former Southwold town councilor Mr Herrington said that he had been at sea for years and no creature he’d seen before accounted for what he and Mr Watson had witnessed.

“This really was something very strange and I can tell you I was mightily glad when I saw it going away from us instead of coming towards us,” he said.

“But all the same for that, I should just like some of the other men to see it. Yes, I confess, I was really frightened.”

The pair went on to craft an exact model of what they had seen which, for some years, was exhibited at Southwold Museum but has sadly since disappeared.

A day later, another account was given by the Reverend RN Pyke, Vicar of Southwold, who said that as he stood outside his sea-view home with his wife and the Reverend WN Welch of the Southwold Mission for Seamen, they had spotted a huge creature twice the length of the town’s legendary pier. In the Sunday Referee of October 23, Rev Pyke said: “I could not see its head. Mr Welch knows all about strange fish of the sea and he declared he had never seen anything like it in all his life.

“The creature was dark, but not black, and there were several parts of it sticking out of the water. We watched it go out of sight and I quite believe the fishermen thought it was travelling at over 40 miles and hour because it appeared to be going faster than the quickest motor-boat I have ever seen.

“There is no doubt that the two fishermen gave a perfectly fair account. We said nothing at first about our experience, but now I am glad that somebody else has seen this monster.”

Just as sightings two years previously in Norfolk had brought visitors flocking to the coast in the hope they would spot a sea serpent on their visit, the ‘monster tourists’ came to Southwold to look for the beast. Miss AM Jenkins, in a private letter, described her own experience with the serpent.

“I saw the sea monster off Southwold one autumn day in 1938,” she wrote in a private letter, “it was very fine and the sea very calm with a slight sea mist.

“It was travelling south about 100 yards from me…I saw several humps and watched the creature until it was out of sight.”

Further accounts of the monster were received, one from June 1931 at nearby Thorpeness where three women spotted what looked like a serpent as they ate supper by the sea.

“We were astonished,” Sybil Armstrong told author Tim Dinsdale, “[we] forgot the sleeping children and ran along the cliff trying to keep up with it and see all we could.”

And Harrison also tells a story from 1985 from Nigel Howse, in a private letter, who told of the curious beast he had seen in the water at Aldeburgh: “I saw on the horizon a black-coloured moving shape,” said Mr Howse.

“There were, I remember, very few other boats or ships about. This object, it occurred to me at the time, was really quite large and, unlike a boat, it disappeared and reappeared! It was like the Loch Ness Monster, coiling up out of the water, then moving forward along the far distant horizon.”

Just what is this mysterious beast? The truth is out – or under – there.

If you value what this story gives you, please consider supporting the East Anglian Daily Times. Click the link in the orange box above for details.