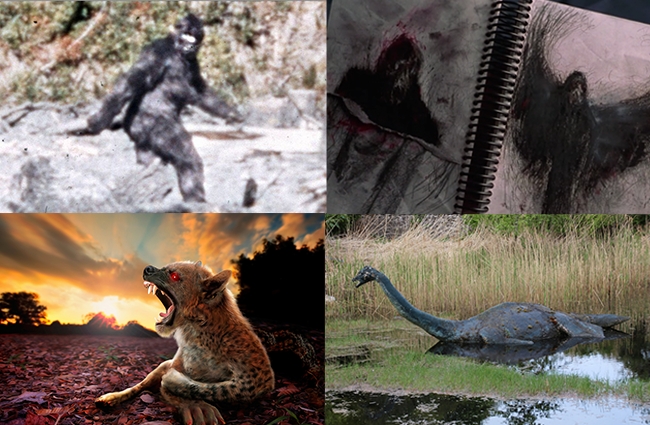 Throughout the course of your life, you’ll develop an array of interests. Over time, these interests can change, but for me, one fascination has consistently persisted: monsters.

As a kid, I’d plop myself in front of the tube and watch episode after episode of Unsolved Mysteries and whatever monster-hunting show Travel Channel or History Channel happened to be dishing out at the time.

At the school library, I’d check out any book I could get my hands on that had anything to do with monsters. Once I figured out how to use the internet, I began my own research, descending into the endless rabbit holes that are cryptozoology websites and their batshit insane message boards.

With this information in hand, I would bug my third-grade teacher to allow me to present my findings to the class in the form of a TED Talk aimed at kids in elementary school. That teacher was close to retirement and had reached a point where they were obviously phoning it in, so if that meant letting an eight-year-old hold court in front of the class and ramble on about El Chupacabra for ten minutes, then so be it.

That’s the public school system for you.

This lifelong obsession has made me something of a pseudo-expert when it comes to pseudoscience, and over the years it’s, become increasingly clear that some of these mythical monsters have absolutely no chance of being real-world creatures (despite my wishes).

However, there are others whose existence seems far more plausible, so let’s take a look at the ones that could (and definitely don’t) roam the Earth.

No Chance In Hell

This group consists of legendary creatures that are almost certainly just that: legends.

Ningen means “human being” in Japanese, and it’s a sensible name for this human-whale hybrid that (according to the country’s folklore) is said to cruise around in the frigid waters of the Arctic.

Ningen sightings are pretty common but their existence is pretty easy to debunk; so easy, in fact, that I feel like I was able to do it while sitting on my ass in rural Pennsylvania.

The explanation is simple: they’re beluga whales. If you watch any video of those majestic white mammals swimming just below the surface, it’s not hard to understand how someone who has never seen anything like it could mistake one for some kind of monster. 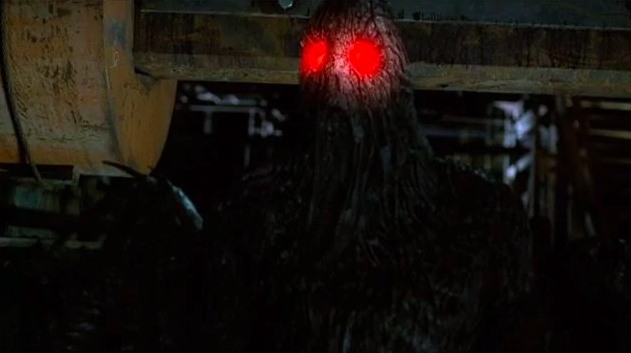 Said to be a harbinger of doom (for some reason, these creatures are always “harbingers of doom.” as opposed to something cheerier like “harbingers of good times and jocularity”), an appearance by the Mothman is believed to foreshadow bad news.

Most famously, there were Mothman sightings not long before the collapse of the Silver Bridge in Point Pleasant in 1967 that killed 46 people, a series of events that served as the basis for 2002’s The Mothman Prophecies (which was based on a 1975 book by John Keel).

The stories concerning the Mothman are certainly compelling, but to be honest, a giant flying humanoid with glowing eyes seems unlikely to me.

One of the main reasons is physics. Something as big as the Mothman seems like it’d be too heavy to fly, especially at the speeds alleged in some sightings where it is capable of keeping up with cars.

Personally, I think a lot of these sightings of the flying Mothman (or is it perhaps a Mothwoman?) can probably be explained by large birds like cranes and herons. As for the red eyes? Maybe the birds in question are albinos. Sure, I might not be able to prove that but neither have the people who say the Mothman is real.

Today, the Jersey Devil is best known as the namesake for an NHL franchise that can typically be found at the top of the draft lottery board but it is also said to be a centuries-old inhabitant of Southern New Jersey’s Pine Barrens.

The legend of the Jersey Devil dates back to the 18th century but sightings suddenly picked back up in the early 1900s.

The Jersey Devil’s description reads like a cryptozoological Mad Lib: it allegedly has the head of a goat, hooves, wings like a bat, and a forked tail.

There are numerous verified hoaxes over the years, including fabricated footprints and even a circus master who purchased a kangaroo and stuck wings to it as a sideshow attraction.

While it’s got an interesting backstory and a significant cultural impact, most sightings of the Jersey Devil can be chalked up to the mistaken identity of known animals or hoaxes so I’m going to mostly rule this one out.

Possibly (But Probably Not) 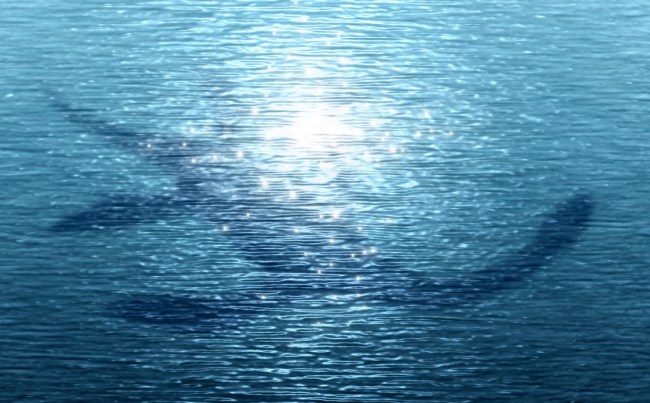 Ol’ Nessie is arguably the most famous monster in the world, thanks in part to highly publicized sightings (and equally publicized hoaxes like the infamous 1933 “Surgeon’s Photo”)

The most likely place for a creature that has evaded humans for centuries to live is in the water. Obviously, it’s far more difficult to explore the depths of the ocean—or even a deep lake—than it is to explore dry land.

That’s what makes the Loch Ness Monster seem plausible. However, the problem for me is that Loch Ness is a specific location. We know precisely where Nessie is supposed to live: Loch Ness. If it’s real, that’s where it would need to be, because then it would just be “a monster” as opposed to “The Loch Ness Monster,” wouldn’t it?

Enough time and resources have been expended for me to think that nothing will ever turn up but another small piece of me thinks that there’s enough room in that lake for Nessie to outsmart a bunch of Scotsmen so who really knows.

Bigfoot and Yeti are practically the same thing, with the main difference being that Yeti likes to hit the slopes, brah.

Both Bigfoot and Yeti inhabit rugged terrain that isn’t always easily accessible. This would be one major explanation as to why there is still no concrete evidence of either one’s existence after all of these years.

A large ape being able to conceal itself in the Pacific Northwest or the Himalayas doesn’t seem particularly far-fetched. According to sightings, Bigfoot has been reported to communicate through hitting trees with a stick and using rocks as weapons to assault whatever camera crew treks into the woods hoping to find it. Like most other apes, it seems to be pretty damn smart.

We have so many blurry pictures and plenty of film footage of both Bigfoot and Yeti but none of it proves much. While it seems like that ever-elusive piece of hard evidence may never appear, I still wouldn’t rule it out.

To quote Lloyd Christmas: “So you’re telling me there’s a chance.” 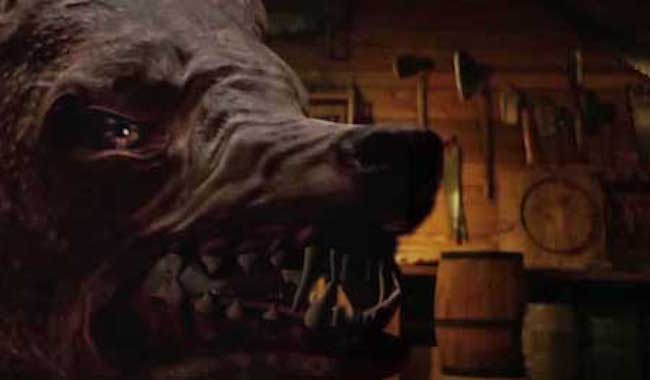 In the world of cryptozoology, El Chupacabra is one of the new kids on the block.

Chupacabra means “Goat Sucker” in Spanish, which is a perfectly fitting name for a creature whose favorite pastime is allegedly killing livestock and draining their blood.

The first reported attack attributed to El Chupacabra occurred in 1995 in Puerto Rico, where eight sheep were found dead with three puncture wounds in their chest and their blood nowhere to be found.

Since then, similar incidents as well (as sightings of the creature) have been reported all across North, Central, and South America.

Whether El Chupacabra is of alien origin (as some believe) or a type of as-of-yet undiscovered predator is up for debate but I wouldn’t be completely stunned if we get to the bottom of the mystery someday. 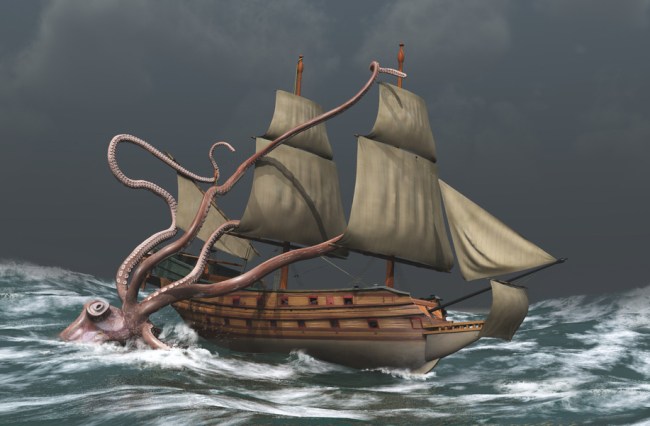 The ocean is terrifying. So many things in it are capable of killing you. Even the water itself tries to prematurely end your life with rip currents and tidal waves.

It’s also massive in terms of area and depth. That’s why (with the exception of the easily debunked Ningen) these creatures are hard to rule out.

Obviously, most sightings of monsters at sea come courtesy of sailors but they have a track record that’s (at the best) pretty spotty. We’re talking about guys who were so deprived of water and proper food for months on end that they saw manatees and mistook them for mermaids.

However, the ocean’s vastness and the number of unexplored parts make discovering the Kraken and its ilk almost impossible. With that said, it has happened before with the coelacanth, a prehistoric fish that was thought to be extinct for centuries and, of course, the giant squid

As a result, you never know what the future holds.

It goes without saying that some wild shit happens in Florida, so an ape that calls the swamps of the Everglades home shouldn’t be completely out of the question.

The Skunk Ape earns its name thanks to the rank odor it gives off, which is reportedly similar to—you guessed it—that of a skunk, and according to reports, it’s smaller than how Bigfoot is typically described.

To add to the plausibility of its existence, there have been numerous reported sightings and even some pictures.

The main reason I think the Skunk Ape could exist is that there are wild primates already taking up residence in the Sunshine State.

Silver Springs State Park is currently home to a colony of rhesus macaque monkeys who reside on an island and were released into the park by a boat tour operator. These particular monkeys have been in the news lately due to hundreds of them being infected with herpes and becoming a threat to park visitors.

If an entire colony of monkeys can survive in Florida, I don’t see why a larger ape couldn’t find a way to survive in the swamps. 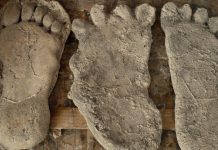 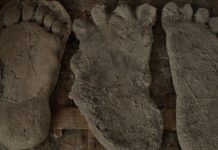