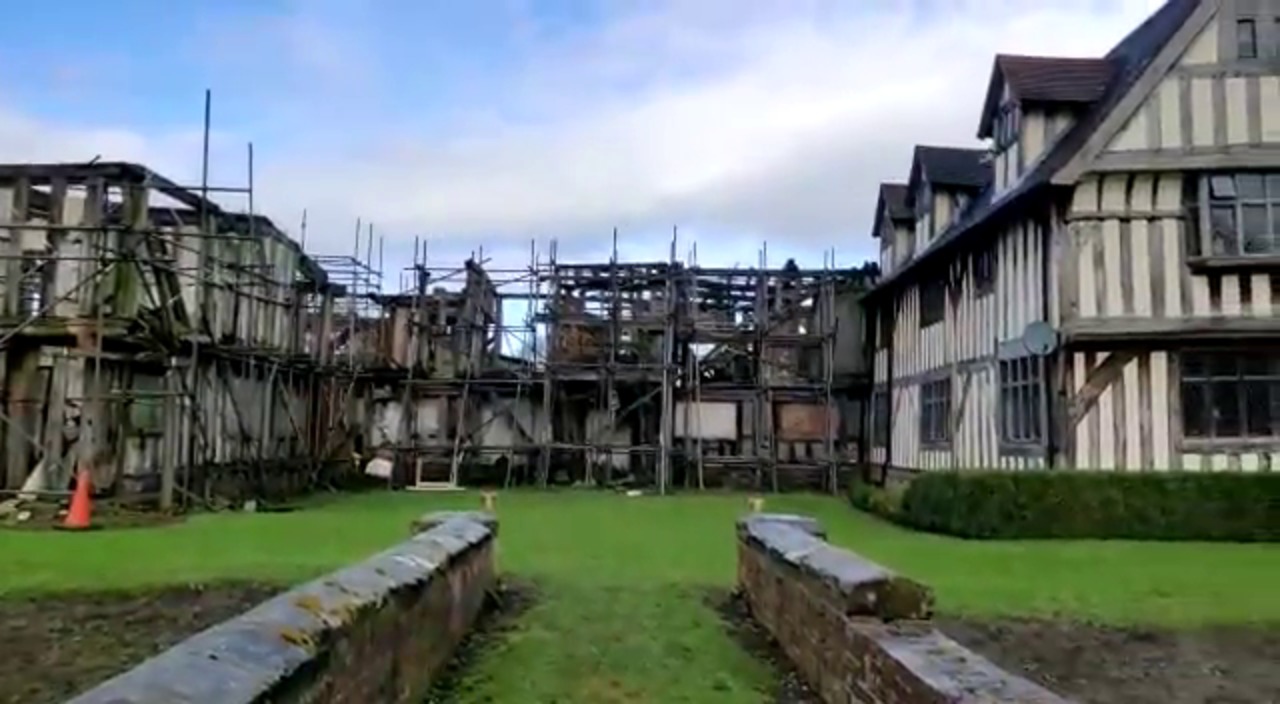 A pregnant woman pushed down the stairs and the ghost of a hooded monk could make an appearance at a spine-tingling tour through one of Burton’s most historic houses.

Sinai Park House, known as Sinai House, off Shobnall Road, is steeped in history, dating all the way back to its humble beginnings in the 15th century as a respite home for monks.

Bloodletting – bleeding people in a bid to cure illness – was also popular among the monks and took place regularly in the attic.

And given how old the house is, paranormal investigators say there are a number of ghosts haunting it.

So Burton-based ghost hunting group Ghostly Elements is set to stage a ghost hunt there.

The hunters are hoping to catch a glimpse of cook Isabella Baxter, who scandalously got pregnant by one of the monks.

When the terrible news got out, poor Isabella was pushed down the stairs and killed.

Her ghost is said to haunt the second attic room and is often seen as a fleeting grey shape at the window.

She is not the only spirit languishing for eternity at Sinai.

Alex Coello, owner of Ghostly Elements, said: “Sinai house is simply swarming with ghosts, there are many tales of sightings and experiences.

“Many people refuse to stay in the first floor guest room.

“People have fled the room, claiming to have seen a dark hooded figure of a monk at the foot of the bed.

“A small gang of Cromwellian-era soldiers have been seen gathered around the fire in the front room with a pack of black dogs.

“The soldiers – although seen fairly often – are thought to be a ‘residual’ effect, not actually haunting the building, just echos of the past held in the building.

“She fell pregnant to one of the monks, which was a something of a disaster at the time.

“She was thrown down the stairs by the monk and she, and her unborn baby died.

“Ever since, her spirit has been grounded because of the shame in the second attic room and she’s often seen as a fleeting grey shape at the window.”

A “white lady” has also apparently been seen walking across the bridge in the grounds, supposedly looking for her lost love.

It is said she has been known to effect electrical equipment such as torches when close by.

However, probably the most famous ghost who inhabits Sinai House from time to time is Henry Paget.

He was a battleground hero and the Duke of Wellington’s second in command at the battle of Waterloo.

Paget famously lost his leg at Waterloo after being hit by a cannonball.

He has been described as having a “stormy” energy and makes himself known in the ground floor living and dining rooms.

During the dissolution of the monasteries during the 1530s, King Henry VIII bestowed the house to the Paget family, who used Sinai as a hunting lodge, and later for farming land, until the early 1900s.

After the last member of the Paget family who owned the house died, it was sold, but later fell into ruin and ended up being used as a shelter for pigs, sheep and hens.

Half the building has been saved to provide a home for its new owner, Burtonian Kate Murphy.

The rest is still crumbling, but plans are in place to finally restore it to its former glory.

The ghost hunt will take place from 8pm to midnight on Saturday, May 9.

Tickets cost from £9.99 and are available by visiting the Ghostly Elements website here.