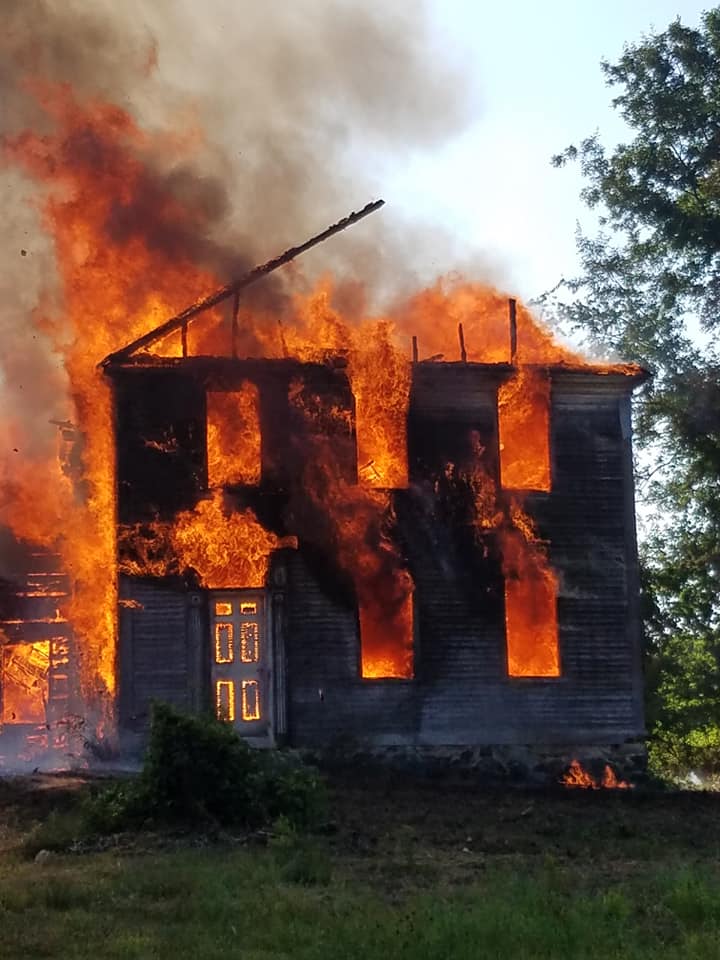 BRISTOL, R.I. (WLNE) – The Usher Farm in Bristol is now the center of a ghost story, after pictures of what appear to be ghosts on the property circulated social media.

The Usher’s have an old farmhouse on their property that hasn’t been lived in in over 40 years. Over time, the building has fallen into disrepair. The family ended up donating the farmhouse to the Bristol Fire Department to use for a controlled burn training exercise.

During the burn many pictures were taken and shared via social media.

“One of the pictures is now pretty famous on Facebook,” said Patrick Usher Jr., the owner of the farm. “It became a sensation.”

The pictures gained attention after Facebook users said they thought they could see ghosts coming out of the flames.

“It looked like the image of a woman with an apron and a little child next to it,” said Usher Jr. “That’s my great grandmother Maggie and my uncle Paul who died when he was seven.”

Patrick Usher Sr. was 11-years-old when his little brother passed away. He believes it was his brother’s spirit in the blaze.

“I really think it could be possible,” said Usher Sr.

Usher Jr. is taking the newfound attention in stride.

“When people come in now I ask them if they want the haunted corn or the un-haunted corn,” Usher Jr. said.

He does say he thinks there’s “something there” in the pictures.