“It’s really up to you how you’re going to react to them, because they’re nothing menacing,” Mr. Bellov said, adding that he addresses the ghosts whenever he enters and leaves the house.

The Haunting of 136 Clinton Avenue

A few weeks before Christmas in 1878, Edward F. Smith was at his home at 136 Clinton Avenue, in Brooklyn, when the doorbell rang, according to a contemporaneous report in The New York Times. Smith opened the door, but found no one outside. The ringing continued throughout the night and was eventually joined by a violent banging at the back door, but, still, Smith could not identify a source.

The commotion became a nightly occurrence. At first, Smith enlisted the help of his family. But even with people stationed throughout the house and in the yard, they couldn’t pinpoint the cause. He sprinkled ash and flour along the path to the door, expecting to find footprints left behind, but the substances were undisturbed and the noises continued.

Eventually, Smith persuaded the authorities to look into the matter. A police captain and detective visited the house one night, but they were “utterly unable to fathom” what was going on, according to The Times. So they returned the next night, with reinforcements.

That second night, a brick flew through the dining room window. It could only have been thrown from a path near the house, but officers stationed outside swore they had seen no one near it.

The house was thoroughly searched for hidden wires or anything else that might solve the mystery, but the police found nothing. The Times reporter wrote that he himself ventured out to the house, “whistling to keep his courage up,” but found only a small, curious crowd gathered outside.

Smith himself was skeptical at first that supernatural activity was taking place, but after weeks of torment he could think of no other explanation. “He is now convinced that the invisible cause of all the phenomena is no less a personage than his Satanic Majesty himself,” The Times reported in a follow-up story.

15 horror movies that’ll scare your pants off in 2021, from ‘Saint Maud’ to ‘Halloween Kills’ – USA TODAY 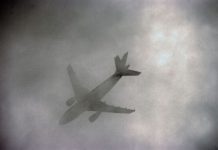 It was a tough one. Such a great family. RT @RobynCoffins: The New Castle, PA episode of #ghostnation 🤯😭Hit me right in the feels. @stevegonsalves1 @Jchawes @discoveryplus