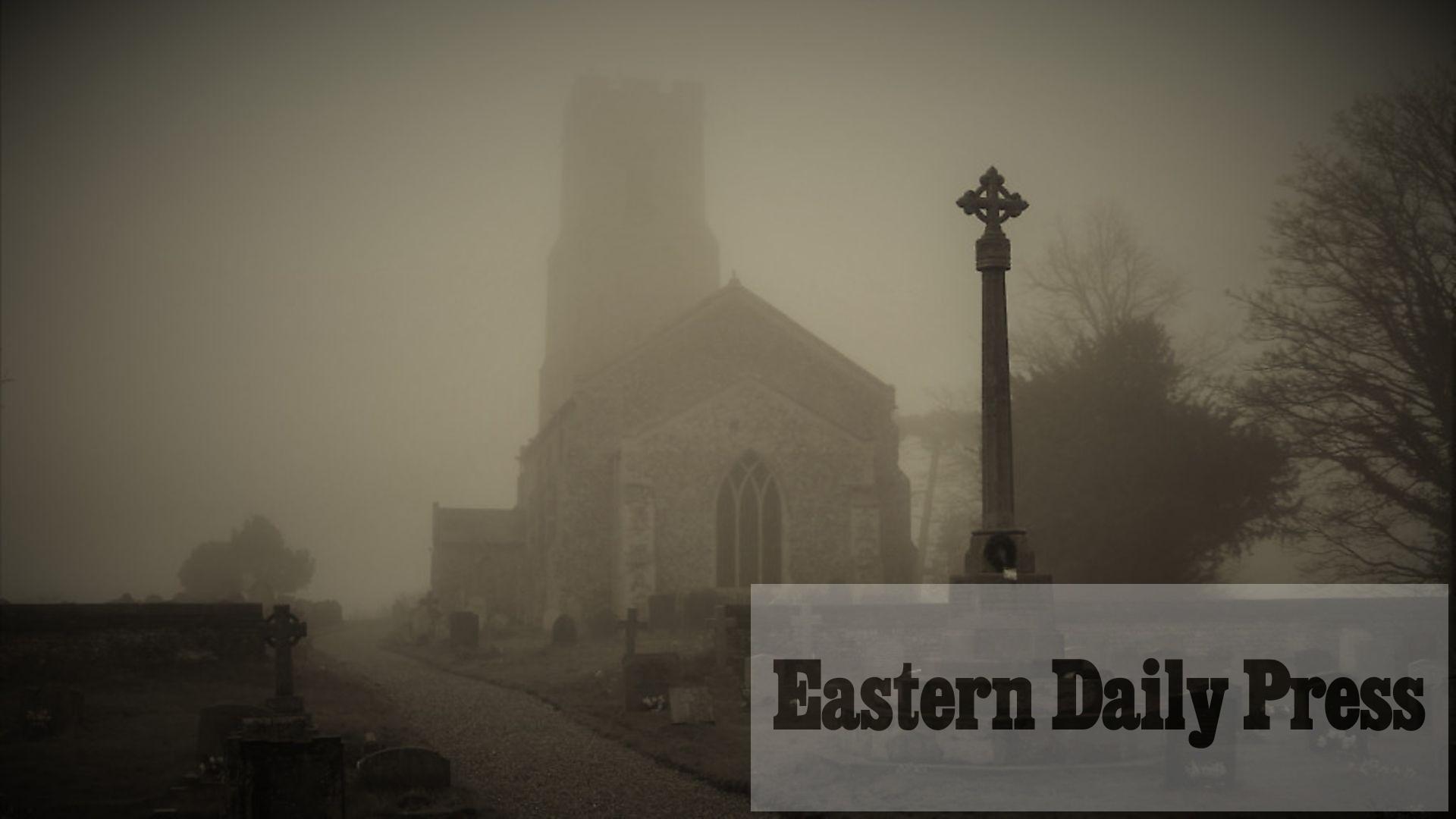 Reached by ancient pathways and standing like a lighthouse in the fields, the church of St Peter and St Paul in Honing boasts an unusual parishioner: a ghost donkey.

A wonderful church in a somewhat lonely position, St Peter and St Paul was built on a hilltop and gazes out across this corner of Norfolk just off the well-named Long Lane. A quiet, sacred spot: not one where you would expect to encounter a white donkey with sulphurous smoke pouring from its flared nostrils, particularly a transparent one with the ability to gallop straight through a church wall. As the witness to the strange beast’s appearance watched in amazement, the beast passed him at a pace and he realised that he could see straight through it to the hedge beyond him.

Donkeys are referred to in myth and folklore and are mentioned countless times in the Bible, portrayed as loyal work animals and as beasts of burden – Jesus arrives in Jersusalem on a donkey and Hindu Goddess Kalaratri uses a donkey when she travels. Europeans once used hairs from the cross-shaped marking on donkeys’ backs and shoulders as a remedy for illnesses including measles and whooping cough and in 1400AD, one physician listed riding backwards on a donkey as a cure for scorpion stings.

Sulphur – an awful ‘rotten egg’ smell – is often recorded by those who witness paranormal activities and the smell has been recorded since Biblical times and by Greek philosophers – it is also often remarked on by those who claim to have been visited by flying saucers or aliens. The Book of Revelation describes Satan’s underworld lair as “a lake of burning sulphur” and therefore it stands to reason that the Dark Lord’s minions might well smell of his hellish kingdom.

You may also want to watch:

Underground volcanic activity can release sulphuric gas and Pope Gregory I, made the link between the volcano eruptions and hell in he 590s when he mentioned a sinner being “thrown into Vulcan’s gulph” close to Sicily. The smell of sulphur can also be detected after a lightning strike which were once believed to be an act of divine retribution from God and then there’s the fact that sulphur is a rock that burns (its old English name was ‘brimstone’, or ‘burning stone’) and when it melts at 115C, it turns a Satanic-looking evil dark red colour.

And what about donkey ghosts? According to the marvellous www.paranormaldatabase.com, the ghost of a donkey that was tragically beaten to death by its owner haunts the appropriately-named Donkey Inn in Tilford in Surrey while a pale donkey is spotted at Christmas at Newton Heath in Dorset at the place where its master was robbed and murdered. In Bristol, on Dead End Lane in Hallen, a large black dog has been seen climbing out of a hedge before transforming into a donkey and standing on its hind legs and in Wales at Cwn Annwn, a ghostly donkey was seen by a driver.

Other donkey ghosts have been spotted in Lincolnshire, Suffolk, Scotland and in Geldeston in Norfolk, where a ghostly donkey has been spotted (in addition to The Hateful Thing).