Home Paranormal News Do You Believe in Ghosts? Five of the World’s Most Haunted Bars... 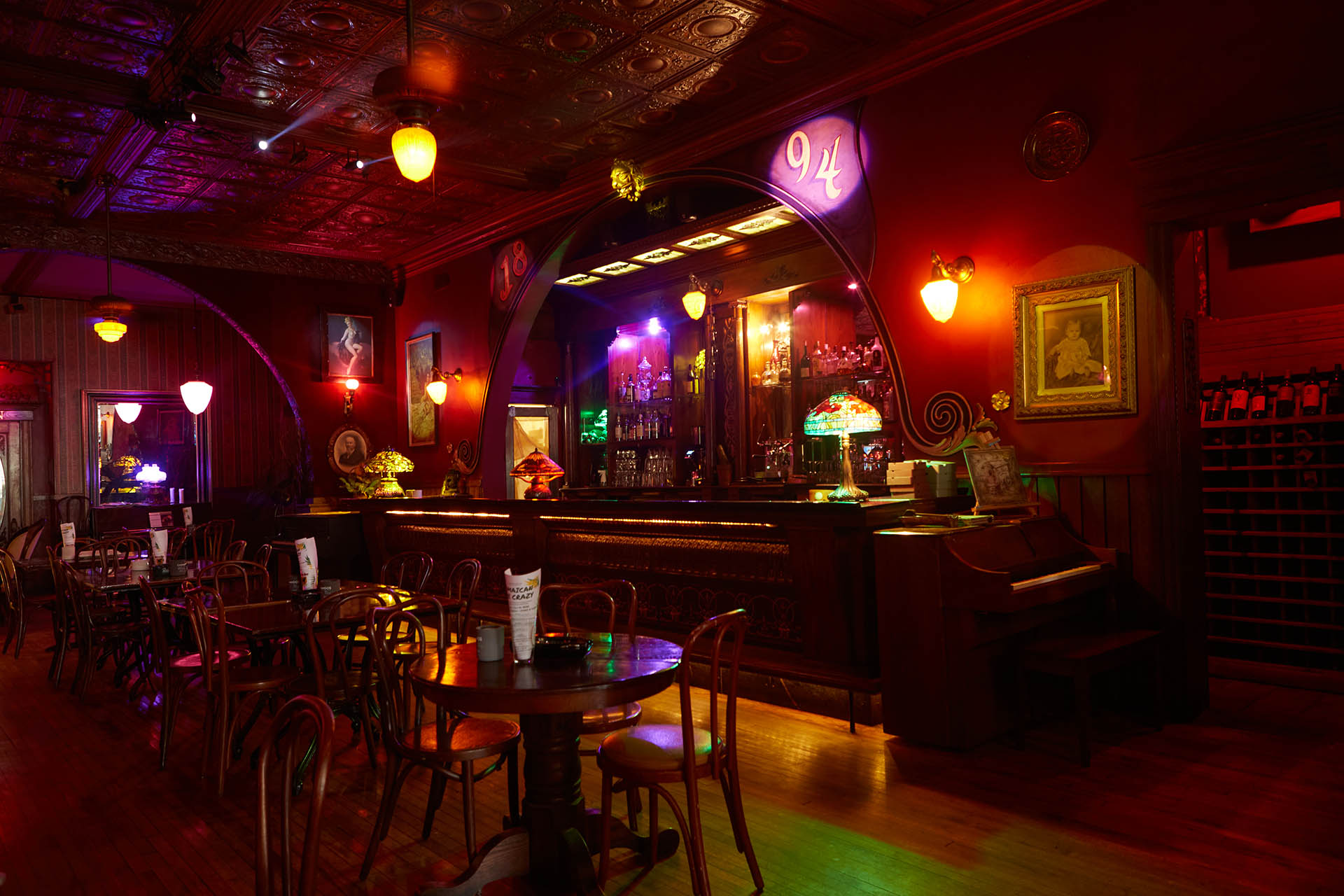 Many bars have regulars who never seem to leave, even after hundreds of years. And to that point, from the United States to Australia, these haunted bars claim to be home to a number of ghostly beings.

According to Julie Rieger, author of The Ghost Photographer and co-host of the podcast Insider’s Guide to the Other Side, ghosts and other spiritual entities are 100% real.

When asked why a ghost might want to stick around long after they have passed, Rieger says there are several reasons. A person may have suffered a quick, violent death, so their spirit might not realize they’ve died, she says. Or, spirits might stick around because they’re attached to a particular location.

If bars have issues with their invisible occupants, Rieger recommends writing a list of “ghost rules” and signing it to set boundaries of what’s okay and what’s not.

Whether you believe in ghosts or just seeking a new spot to grab a drink, here’s a look at five reportedly haunted bars around the world.

Built on a cemetery in 1894, it’s probably no surprise that Shaker’s had its fair share of paranormal experiences.

According to Bob Weiss, the bar’s owner, the building was owned by Al Capone’s crime syndicate in 1924. On the second and third floors, it served as a speakeasy and brothel.

A woman named Molly Brennan left home to work in the brothel and disappeared three years later, according to Weiss. But some believe she never really left.

Today, the former brothel has been turned into an Airbnb. The listing cautions patrons that the room could be haunted, and Ouija boards are forbidden.

“Nothing fancy,” says Weiss. “No conversation. He’d drink his drink, and stare or sneer at people.”

Shortly after Shaker’s launched in 1986, Weiss came to know Elizabeth, who reportedly haunts the bathroom.

“Apparently, she was climbing for apples in 1835, in a stand of apple trees in the cemetery which Shaker’s is built upon, fell and broke her neck,” says Weiss.

Weiss claims he met her in 1987 when two servers coaxed her out of the bathroom.

The servers made a circle with their arms, and Weiss says he put his hand in the middle of it. “It was like a blast [of a] freezer,” he says. The servers explained it was Elizabeth. “‘Well, hello, Elizabeth,’ I responded,” he says.

Along with reported apparitions in mirrors, unexplained footsteps and ghostly figures, Shaker’s also used to be the go-to spot of infamous serial killer Jeffrey Dahmer.

Weiss says he’d order a gin and tonic. “Nothing fancy,” says Weiss. “No conversation. He’d drink his drink, and stare or sneer at people.”

The bar is a stop on the Cream City Cannibal Tour, and both the tour and bar were featured on the Netflix series Dark Tourist.

If ghosts aren’t for you, check out Shaker’s award-winning selection of spirits or their food menu that ranges from pizza to filet mignon.

The Mermaid Inn proudly states that it has hosted travelers for 600 years. Some seem to have enjoyed the hospitality so much, they never left.

Throughout its history, the inn may have served as everything from a hideout for Catholic priests during the Reformation period in the 1530s to a stage where William Shakespeare’s theater troupe, Lord Chamberlain’s Men, performed.

But perhaps, most notably, the inn was once the headquarters for the notorious Hawkhurst Gang. The gang, which according to NPR had about 600 members, was known for smuggling tea. That might sound harmless, but they could be ruthless.

“If anyone was found to say things they shouldn’t about the smugglers, they were sometimes nailed alive to their front doors,” says Judith Blincow, the inn’s owner.

The inn’s long history extends to the paranormal.

Several guests, for example, said they saw a thin apparition of a woman wearing white or grey sitting by the fireplace in Room 1. Each of the guests reported that anything they left on the chair became soaking wet when she disappeared, even though there are no nearby windows or pipes.

Arguably, one of the strangest stories came in 1993. English actress Kiki Kendrick and her husband stayed in the inn’s Elizabethan Chamber. They awoke at 4 a.m. to the sound of heavy breathing and knives clashing together. Reportedly, they saw two ghostly figures fighting.

When the couple told the inn’s bartender, he showed them a newspaper article from six months earlier that described the exact same spectacle.

If you want to stop in to spot a ghost or two, you can also enjoy an extensive wine list with robust offerings from around the world and a selection of half bottles.

In 1832, the first person was laid to rest in Glasnevin Cemetery, Ireland’s first non-denominational graveyard. A year later, John Kavanagh was gifted a pub by his father-in-law, which shared a wall with the historic graveyard. It’s owned and operated by the Kavanagh family to this day.

According to the BBC, the pub soon became a popular spot for mourners on their way to or from funerals.

But the bar started being called The Gravediggers a few decades back.

“My father Eugene took over [the bar] from my grandfather John in 1973,” says Ciarán Kavanagh, one of the pub’s owners. “A young crowd started to come in [and] they noticed a few gravediggers drinking there, so they started to call it ‘The Gravediggers,’ so it became a popular nickname.”

If workers couldn’t wait until the end of their shift for a pint, they would simply knock on the graveyard’s gate nearest to the pub.

“My dad, grandfather or barman would bring their drink and pass it through the railings to [the] gravediggers,” says Kavanagh.

Some claim to have seen a man dressed in tweed finishing a pint of Guinness at the bar before fading away.

“My dad, later in life, had paranormal investigators come to the pub after hours to do what they do,” says Kavanagh. “Sometimes they made contact, including one medium who drew a picture that my dad [said] looked like my late grandfather.”

“I haven’t seen [or] heard anything, but when it’s closed there is a feeling or sense of family history,” says Kavanagh.

Featured in Lonely Planet’s guidebook Secret Europe: 50 Truly Unforgettable Experiences to Inspire Your Next Trip in 2014, Gravediggers is a perfect place to drop in for a pint and food. Its menu includes boiled brined pork and the “Irish Spring Roll,” which is stuffed with bacon and potatoes.

After it received a liquor license in 1990, Bushwakker opened its doors the next year. It’s become a well-known spot to have a pint, enjoy the daily specials and possibly spot a ghost.

Back in June 1912, Regina was hit by one of the country’s worst-ever recorded tornados. It killed 28 people and leveled buildings, which included one on a site where the pub now stands. There, several people died.

According to CBC Canada, Grant Frew, the pub’s bar & marketing manager, says several psychic mediums have visited the pub and felt the presence of “many ghosts.” But there’s one that the pub claims to know by name, James Strathdee.

In 1914, Strathdee was hired to manage a warehouse built on the land where many people died in the tornado.

In the 1930s, Strathdee was in a car accident. While he survived, he sustained head injuries, and according to the brewpub’s website, he was never quite the same. His business partners soon tried to pressure him out of his position, and his wife wanted to move back to Scotland.

He was said to have fallen into a deep depression and was found dead several months later. The official cause of death was suicide.

The warehouse Stathdee once manged later became Bushwakker, but many think he remained in the pub.

One of the bar’s managers believed she saw someone walk into Bushwakker’s room for private functions. She followed them to say they couldn’t go in there. But when she opened the door, no one was inside, and the only exit was sealed shut.

Michael Gaetz, the Brewpub’s head brewer, experienced possibly the most dramatic ghostly encounter. One day while on a break, Gaetz says he was pushed from behind so forcefully that he nearly fell. Later, he says he found a red mark on his back where he felt like he had been pushed.

The Hero of Waterloo, Sydney, Australia

In 1815, the Duke of Wellington led his troops to victory over Napoleon in Waterloo, Belgium, to end the Napoleonic Wars that raged for 23 years.

The Duke has since been memorialized by The Hero of Waterloo, a hotel, bar and restaurant located in Sydney that’s served customers since 1843.

But the bar is believed to have had a dark history. In 1793, Thomas Kirkman, an Irishman, was tried and sent to Australia for likely being an Irish rebel, according to Waterloo’s website. He took over the Waterloo in 1845.

The pub was a popular spot for whaling ships and merchants, but some men that went into this pub were never seen again. It’s believed that under Kirkman, many times sailors were drugged and awoke in chains in the bar’s basement. They were then smuggled out through a tunnel from the bar to the harbor, where they most likely were sold into slavery. Today, you can tour the bar’s cellar and see the chains and passageway.

Kirkman also had a wife, Anne, who supposedly fell down the stairs in 1849. Many believe he pushed Anne, who broke her neck and died. She used to love to play the piano. It’s said in the middle of the night, classical music will sometimes play from the bar’s piano. When people investigate, no one is there, but the piano’s lid has been left open.

According to the site, there have reportedly also been instances where chairs have been found facing the fireplace, “even though nobody has been inside since the previous evening.” 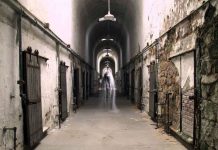