Home Paranormal News Is anybody there – science and the supernatural – Physics World –... 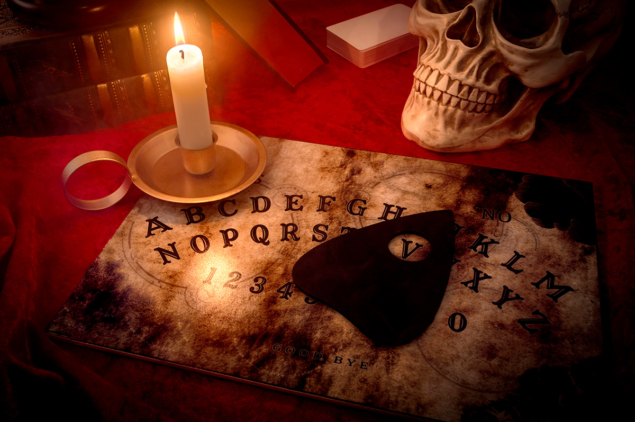 Chris Holt considers the science behind the supernatural

“Ghosts don’t haunt us. That’s not how it works. They are present among us because we won’t let go of them.” M is for Malice by Sue Grafton

Vic Tandy – an engineer at Coventry University in the UK – once described how he worked for a medical-equipment manufacturer whose laboratory included a room that was believed to be haunted. Sure enough, when Tandy was holed up in that room late one night, he felt uneasy and uncomfortable, and kept seeing and hearing odd things. As it turns out, there was a faulty extraction fan in the room that made the air vibrate at 19 Hz. This sort of infrasound has been shown to produce a number of physiological effects, including breathlessness, shivering and feelings of fear. Scientists studying the effects of wind turbines and traffic noise near residences have found that low-frequency noise can cause disorientation, feelings of panic and other effects that could be associated with being “visited” by a ghost.

Despite many such examples of natural phenomena mistakenly being interpreted as ghosts, belief in them is widespread. At the last count, almost half the UK population believe a house can be haunted and 9% claim to have made contact with the dead, with believers often thinking that science is on their side. According to Albert Einstein, and the first law of thermodynamics, energy in the universe can neither be created nor destroyed – it merely changes from one form to another. When someone dies, so the argument goes, their energy must live on in some way. And this energy, according to believers of the supernatural, is converted into a ghost. As the website for US-based Tri County Paranormal investigations asks: “When we’re alive, we have electrical energy in our bodies. What happens, when we die, to the energy that was in our bodies, causing our heart to beat and making breathing possible?” Well the answer, of course, is that electrical energy stops flowing when you die, like switching off a light bulb; and the source of the electrical energy, our bodies, loses energy as heat and organic matter is transferred into the worms and bacteria that eat us, until there is nothing left.

Faraday was highly sceptical about ghosts, spirits and so-called psychic phenomena, and devised experiments to discredit these hypotheses

In the 19th century most people believed in the supernatural. Michael Faraday, however, was highly sceptical about ghosts, spirits and so-called psychic phenomena, and devised experiments to discredit these hypotheses. A popular “supernatural phenomenon” was table moving or table rotation, in which a group of people stand around a small circular table and place their hands flat on the table surface. After a while the table starts to move due, it is believed, to the life force in the table. The sceptical Faraday constructed a table with two surfaces separated with ball bearings and held together with rubber bands. If spirits were indeed responsible for the movement, and people’s hands were simply following, then the top surface should lag behind the lower one. In fact, the opposite was observed. The upper surface moved first followed by the lower one, indicating, pretty conclusively, that the participants were unconsciously pushing the table. When the sitters were shown the result and the experiment was repeated, no movement was observed.

A similarly popular device used for “contacting” the dead is the Ouija board, which features letters, numbers and usually the words “yes” and “no”. Participants put their hands on a pointer that moves and spells out the answers to questions. It’s easy to discredit this by repeating the séance when the participants are blindfolded, in which case the pointer often aims to where there are no letters or wanders off the board completely, demonstrating that spirits were not doing the driving. This shows that the participants were executing unconscious involuntary movements – a phenomenon called “ideomotor action” by physiologist William Carpenter in 1852. He wrote that “honest intelligent people can unconsciously engage in muscular activity that is consistent with their expectations” and believed this was the principle that explained the underlying mechanism of a variety of psychic phenomena such as Ouija boards, moving tables and the divining rod.

These days it is still possible to buy Ouija boards. Indeed, Amazon is currently advertising more than 100 models, some as cheap as £9.99, which seems like a bargain if you can use it to contact your dead granny and find out where she hid the cash. Being Amazon, of course, there are customer reviews, many of which are very favourable. One satisfied customer wrote “I have spoken to Elvis, Hitler and the demon that steals my socks. Apparently, my socks have been taken as an offering to Cthulhu.”

For the final word on ghosts, we go to physicist and TV presenter Brian Cox. “If we want some sort of pattern that carries information about our living cells to persist, then we must specify precisely what medium carries that pattern and how it interacts with the matter particles out of which our bodies are made,” he said on a recent edition of his podcast The Infinite Monkey Cage. “We must, in other words, invent an extension to the Standard Model of particle physics that has escaped detection at the Large Hadron Collider (LHC). That’s almost inconceivable at the energy scales typical of the particle interactions in our bodies.” Fellow presenter and celebrity scientist Neil deGrasse Tyson checked whether Cox was really claiming that the LHC disproved the existence of supernatural spirits. “If I understand what you just declared, you just asserted that CERN disproved the existence of ghosts,” he asked. “Yes,” replied Cox.