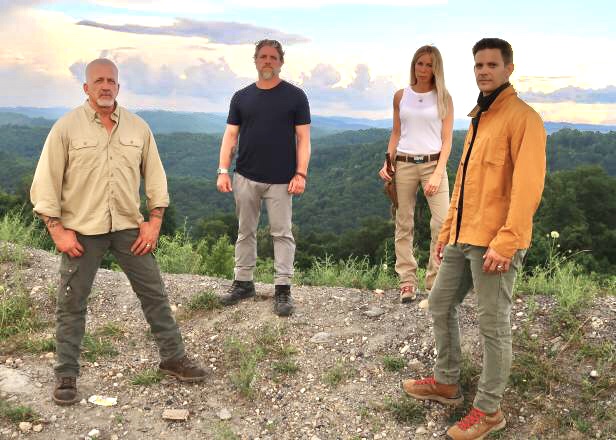 Travel Channel’s Expedition Bigfoot team is touring the Appalachian Region, specifically in southeast Kentucky, where they believe their latest advanced data algorithm has revealed the 75,000-acre swatch of forest could bring them closer to an encounter.

The group is embarking on a two-month journey using the latest in advanced technologies to narrow their search within the designated target zones, which just happens to include Harlan County in most, if not all, of the Expedition Bigfoot episodes, said local author and historian Darla Saylor Jackson.

In early June 2020, Jackson said Jeremy Williams, a Harlan County Extension Agent, reached out to her and asked if she would be available to speak to people doing a television show regarding local lore.

“I told him I would be more than happy to help if I could. I was then contacted by a writer for the show and given limited information,” she said. “After an initial interview, I could tell the project was legitimate and it was only after I signed an NDA (nondisclosure agreement) that I learned the true nature of the show.”

Jackson said this had been the show’s second attempt to film in Harlan County, after another Harlan County connection had posted about their travels to the region and what they would be doing, which stopped production.

“This totally went against all their privacy policies and with this breach of confidentiality, the entire project was destroyed. With much time and money lost, they decided to make one more attempt at filming in Harlan County,” she said. “Because of this, they were very straightforward about no tolerance to breaking the contract we signed. I literally did not tell my son or parents exactly what I was doing. Just that I was ‘researching for a show.’ Tony (Felosi) and I knew we had one last shot at bringing this exposure to Harlan County and we didn’t dare breathe a word of it.”

Tony Felosi, a paranormal investigator in the county, was suggested to producers by Jackson, who said he is knowledgeable about the subject and “knew practically every inch of Harlan County and people who could give credible accounts.”

“Since he is employed by Harlan County, he was able to get permission to film on county property much more efficiently than most. He is no stranger to film-making, cryptozoology, Harlan County history, and as far as I was concerned, he was perfect as a location manager, organizer and researcher,” Jackson said. “At that point I could not tell him who was contacting him. I told him to expect a phone call from someone regarding local lore. Upon first phone call, the Travel Channel agreed with me wholeheartedly and said they wanted Tony for the position. He then signed an NDA, so we were free to discuss with each other.”

Jackson said the Expedition Bigfoot team was centered around finding locals who had their own encounters with an unknown creature and whose lives were disrupted as a result.

One of these individuals was Tracy Turner, who Jackson said gave a wonderful account and audio of his unusual encounter.

“Who better to start out the season than a pastor and former employee of the Kentucky State Police, who is a member of one of our most beloved, respected families in Harlan County, Tony Turner?” she said.

Jackson and Felosi said they are excited for others to see how unique and special Harlan County is by being a part of the show.

“We hope all the Travel Channel viewers will see that we have so much natural beauty and cultural diversity that they will make it their destination. Keep the questions coming, and by all means, keep watching Expedition Bigfoot,” she said.

When given the power, most Anchorage residents choose to name local roads after themselves — but not all. – Anchorage Daily News 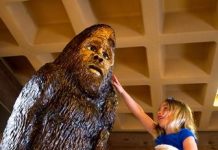