Home Paranormal News How to become a horror movie auteur: All you need is $300,... 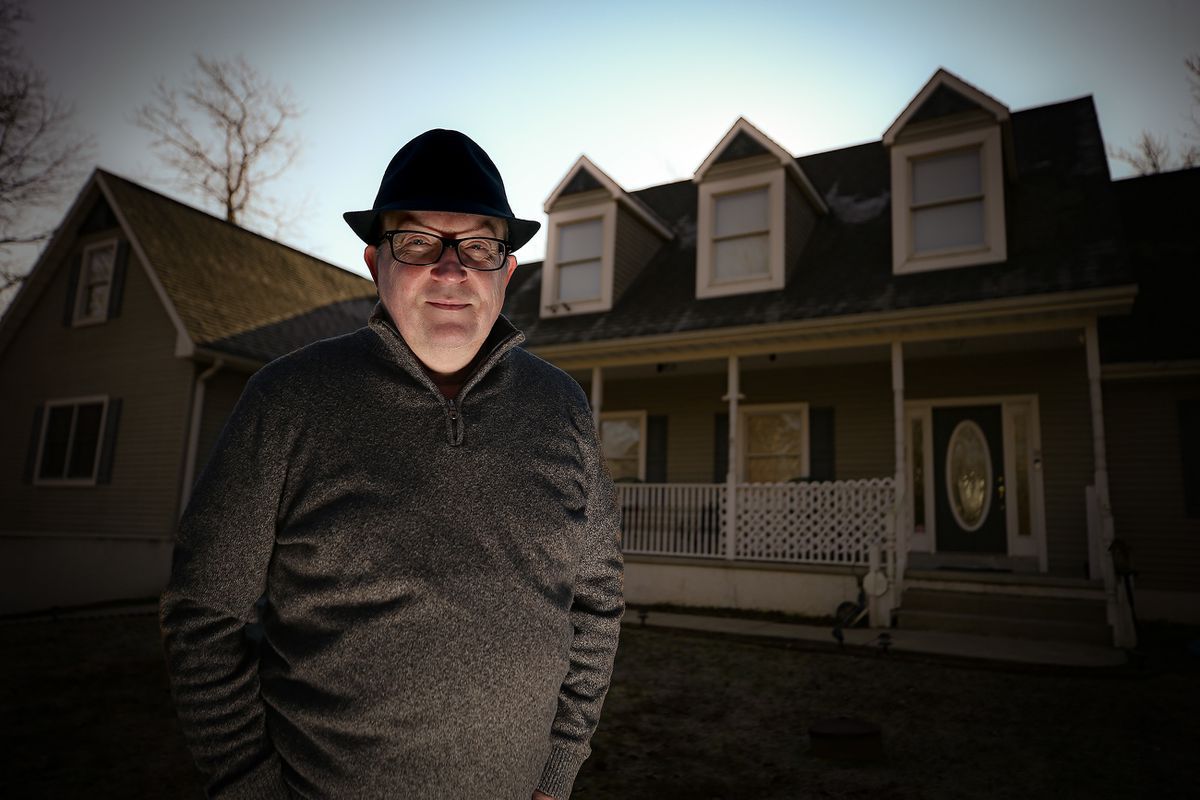 Single, 55, bald and overweight, Nigel Bach’s transformation from likable schlub to star is now so complete that he’s adopted that nom de plume, one he concocted by combining the first name of a reality-TV judge with his favorite brand of pretzels.

The proper-sounding pseudonym helps Bach, real name Tom Fanslau, separate his new life as the writer and producer of popular on-line horror movies from his old identity as the bankrupt caregiver for his ailing mother. It’s been a welcome change. In his previous life, there were no fans.

“I’ve had people pull in my driveway, hop out of their car and take a selfie with my house in the background,” Bach said. “One came from Ohio. He stopped by with his daughter on his way back from Atlantic City. They screamed like I was in the band One Direction and walking out on stage. `Oh my God, it’s Nigel Bach!’”

Just a few years ago, Bach, a onetime Air National Guardsman in South Jersey, was a wannabe screenwriter getting by on what he earned creating mom-and-pop Comcast TV commercials for local businesses, some of which cost the advertiser as little as $8. Then, with $300, a cellphone and his home’s security cameras, he made Bad Ben, his version of The Blair Witch Project, perhaps the most famous example of the surprisingly popular genre devotees call “found-footage horror.”

At 86 minutes, Bad Ben is an oddball mixture of fright, humor, tedium and especially campiness. Likely due to the last of those qualities, it’s found an audience, registering 1.2 million streaming minutes during its first month, and Bach has made seven more related movies, each set in the well-tended Cape Cod in South Jersey’s Pinelands that he built 20 years ago for his now-deceased parents.

While his subsequent work hasn’t attracted as large a following or made as much money as Bad Ben, Bach still has managed to finance their tiny budgets and pay his bills. Amazon reimburses video creators using a formula tied to the number of streamed minutes. He said that he made $110,000 from Bad Ben and that it’s been streamed for more than 100 million minutes. That’s more than a million viewings.

Business news and analysis sent straight to your inbox every Tuesday morning.

He’s one of a band of such auteurs across the nation, many working in what is called the “found footage” genre, the conceit being that their films are documentaries. Since Bach’s successful debut, Amazon altered its reimbursement policy, which has made earning a living more difficult. It once paid a flat 15 cents for every streamed hour. Now, the online giant has a complex new formula tied to a rating system. Filmmakers earn anywhere from 1 to 12 cents an hour.

His unlikely career dates to 2016 when his efforts to break into screenwriting were foundering. Friends urged him to make a movie. “But just because you have a camera doesn’t mean you can make Avatar,” Bach said.

That’s when he remembered all the security cameras he’d installed to monitor his then-ailing mother and her caretakers.

One night, looking at the unchanging video displays, he had a sudden thought: “Hey, wouldn’t it be creepy as hell if someone walked across the room right now?”

Bach originally planned a more ambitious project, but when the actors all dropped out, he decided to go it alone. He shot an opening sequence while driving, captured the ending in his garage, then sporadically filled in the rest of the story.

“The great thing was I could wake up with an idea at 2 a.m. and film it because it was all within my house,” Bach said. “Still, I went through periods of doubt where I thought, `Who’s going to want to see a bald, fat 50-something guy running around the house getting the [stuffing] kicked out of him by ghosts and demons?’”

Nonetheless, he finished. He paid $70 to enter it in a Los Angeles film festival, where it was quickly rejected. Then he uploaded it to the web, choosing Amazon Video Direct as its destination after considering YouTube. Amazon accepted his movie and made it available on Prime, its streaming site.

Bad Ben, as Bach readily admits, is not Citizen Kane. Not especially violent or even all that scary, it’s basically the story of Bach, as Tom Riley, trying to figure out who’s haunting the house he purchased in a sheriff’s sale.

Muttering all the while, he searches the attic, the garage, the backyard, the storage shed. He makes a few phone calls, drinks coffee, mows the lawn. It’s not until the end that he encounters the screeching, unseen villain he said was based on the Jersey Devil, the mythological Pinelands monster.

When Bach was growing up in Pleasantville, his parents talked abut the Jersey Devil, and how it was actually his great-great-uncle. Then, he compared notes with his friends and learned they were being told variants of the same story. “It was just a way of getting us to come home at night,” he said.

When his video hit Prime, Bach took out online ads directed at fans of paranormal activity and “found-footage” films. That and a satellite-radio interview helped launch it.

Bad Ben’s popularity, Bach understands, derived as much from its unintentional campiness as its intended horror, a point driven home during that pivotal radio interview.

“It’s kind of like Sharknado [the horror-comedy science-fiction film series], one of those things that’s so bad you can’t turn away,” Bach said. “The character I play is a lot like the one Steve Carell played on The Office, a guy who thinks he’s brilliant but is really a kind of moron. The radio guys were kind of yanking my chain but I went along with it. They’d fallen in love with the character, with his way of reacting to things and his Philly accent — whatever that is.

“Nobody was more surprised by the reaction than me,” he said. “People that are fans of this, it’s insane just how into it they are. Some parts are scary and some are funny, but make no mistake: I didn’t think it was a picture that was going to win awards.”

Laura Fisher, 35, a purchasing coordinator for a Seattle food distributor, discovered Bad Ben a week before her 2017 marriage.

“It was creepy and hilarious in a strange sort of way,” she said. “I knew my future husband had to see it but we couldn’t find time until our honeymoon. But we were in Mexico and the service was so bad and we couldn’t stream it.”

She reached out online to Bach, who sent them a link to his movie. Afterward the couple grew so close to Bach that he gave them parts in his third movie, Badder Ben.

Though Bad Ben garnered mostly positive online reviews, Bach testily engaged at least one of his critics. With a little web-sleuthing, he learned through a comment tied to a product that one writer who disliked the movie had once purchased wart cream.

`I’m sorry you didn’t like the film and good luck with your warts,” Bach wrote her. Her reply: “I’ll have you know my warts are fine.’”

As a result, Amazon banned him from posting reviews on any of its products for four years.

Bad Ben’s success led Bach to make a prequel, this one with real actors and a more serious tone. Viewers hated it.

“They wanted my buffoon character,” he said.

So he adopted a more comic tone for the third movie and his fans again embraced it. Now, the Bad Ben series is at eight and counting. Bach is hard at work on his next movie, Bad Ben: Socially Distant.