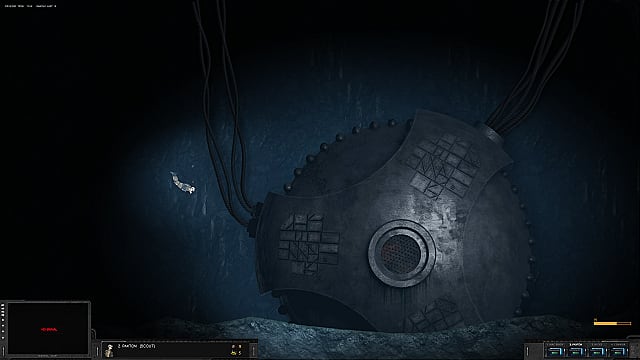 Hidden Deep looks to take players 20&comma;000 leagues under the sea and put them straight into a waking sci-fi nightmare&period;

For those of us with thalassaphobia, the ocean can be a haunting and horrifying place. And not just because of the creatures that lurk there, but also because of its vast, seemingly unending expanse.

Cogwheel Games and Daedalic Entertainment are playing to those fears with Hidden Deep, an upcoming 2D horror game that’s described as “The Thing meets Barotrauma,” the latter of which is another thalassaphobia nightmare published by Daedalic back in 2019.

The comparisons are apt in the 3:14 announcement trailer for Hidden Deep, which sees a group of up to four players venture to a deep-water installation to uncover the fate of a missing crew. Leaning hard into classic horror tropes of claustrophobia, body horror, and savage cryptozoological organisms that might just be aliens, Hidden Deep throws into the mixture a good measure of subterfuge and backstabbing, too.

Right now, Hidden Deep is single-player only, with players leading their team through the facility, avoiding traps and monsters, coming up with creative ways to traverse each area.

Though co op play is currently “being considered” for the game, according to the developers on Hidden Deep‘s Steam page, the trailer below shows that players can seemingly friendly-fire their companions into oblivion or set deadly traps for the unsuspecting.

If I had to put my money on it, I’d say the Among Us style possibilities of co op play would make this facet of the in-development title all the more compelling.

Hidden Deep is set to release sometime in 2021 in Steam Early Access. There’s currently no firm release date or release window for the game. Daedalic says that there are 50 levels in the game right now, as well as a challenge mode, which operates a bit like a roguelike, changing level layout “for fast-paced, intense action.”

For those interested in checking out Hidden Deep sooner rather than later, a Steam demo will be available from February 3 to February 9, 2021. Stay tuned for more.