Halloween is over, but there’s still plenty of spooky stuff going on in Henniker.

A ghost story documenting the alleged after-life of a woman nicknamed Ocean-Born Mary will be shown on Thursday night at 10 on the Travel Channel. The show is called the Holzer Files, the episode is “Legends and Lies” and the plot centers around Mary Wallace, who lived some of her senior years at her son’s house in Henniker and died in 1844 at the age of 91.

The documentary follows a team of ghost hunters determined to find the truth in a case first investigated by Hans Holzer, a paranormalist who traveled the world in search of ghosts and became famous for his work on the home featured in the The Amityville Horror.

According to believers, Mary Wallace was born on a pirate ship and settled in Londonderry before moving to Henniker, where her ghost and, some say, that of the pirate can be heard and sometimes seen.

The paranormal investigators use state-of-the-art electronic equipment to sense invisible motion and voices to prove that Holzer was, indeed, on the trail of a real ghost. Holzer’s daughter joins the team of professional ghost hunters, and viewers will hear her father’s interviews in Henniker during the 1960s as he tried to uncover proof. 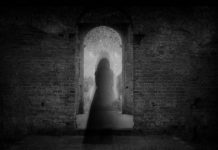 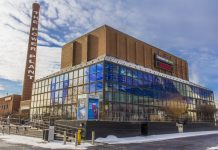