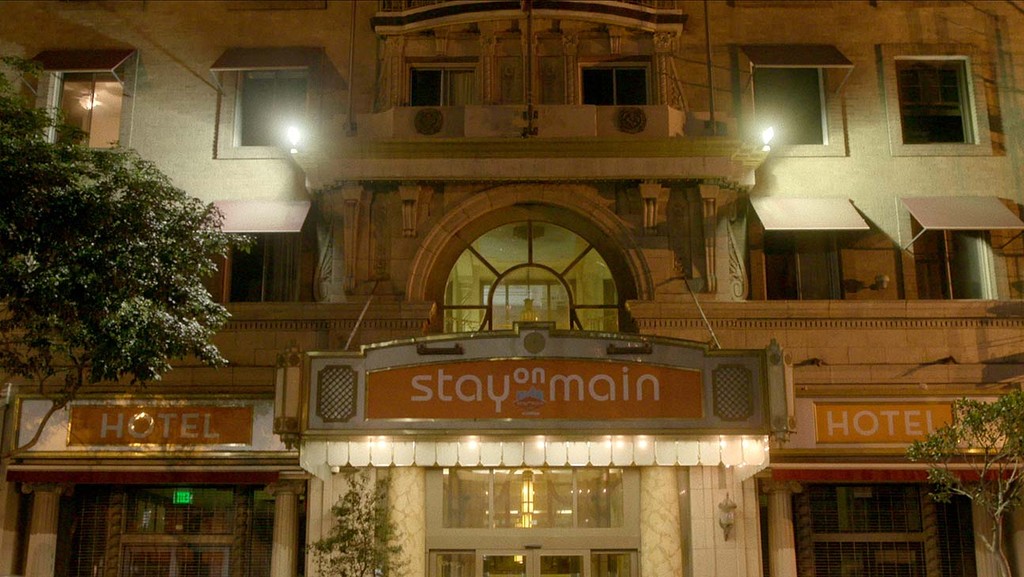 Joe Berlinger takes a four-hour look at the disappearance of Elisa Lam and its ties to a notorious downtown Los Angeles hotel in this Netflix docuseries.

Los Angeles’ Cecil Hotel isn’t exactly famous, but it’s definitely notorious. Which means that if you’re not from L.A. and you’ve heard of it, it’s probably in connection with a horrifying crime or maybe that season of American Horror Story that was about a gone-to-seed hotel tied to countless horrifying crimes.

As recently as December, the Cecil was the backdrop for a two-hour episode of Ghost Adventures on Discovery+ delving into its “dark and powerful energy.” This is the type of storytelling the Cecil attracts — somewhere between “tawdry” and “trashy” — and it’s the type of storytelling that Joe Berlinger dabbles in for at least 80 percent of his four-part Netflix documentary series Crime Scene: The Vanishing at the Cecil Hotel. That Berlinger ultimately offers a more substantive critique of both the Cecil’s legacy and our collective true-crime obsession may disappoint viewers who crave the trash and infuriate viewers who have to wade through so much of the trash to get to the thoughtful stuff.

Even if I suspect I was somewhat responding exactly the way Berlinger intended, count me very much in the latter camp.

Primarily, Crime Scene is about the death of Elisa Lam, a Canadian college student who came to the Cecil at the end of a West Coast bus tour and vanished under mysterious circumstances. Because of certain aspects of Lam’s case — her candid Tumblr page, a peculiar elevator video and the horrible way she was found — the story became kibble for the media and for online sleuths, who spun wild conspiracy theories out of kernels of fact, tantalizing coincidences and complete bullshit. No offense if you happen to be a web sleuth, a subset of people who get fairly sympathetic treatment in Crime Scene.

Then there’s a historical investigation, which connects Lam with countless other horrible things that happened at the Cecil over recent years. Police officers talk about the multiple daily emergency calls from the hotel, and longtime manager Amy Price acknowledges that there were around 80 deaths at the hotel during her decade-long tenure. And then there are the historical instances of awfulness tied to the hotel. Elizabeth “The Black Dahlia” Short may have visited the bar shortly before her murder. Richard “The Night Stalker” Ramirez definitely stayed there during his reign of terror. All of this leads superstitious urban historians and the aforementioned web sleuths to speculate that something nebulously evil is happening at the Cecil.

Something very specifically evil is absolutely happening at and around the Cecil and it relates to the way the city of Los Angeles has treated the Skid Row area of downtown. A policy of containment has turned a 56-block section of the city into a multi-decade Petri dish of poorly regulated drug trade, sex work and encampments for the unhoused. There’s substance to that last approach, but what Crime Scene needs is much more of Doug Mungin, a Skid Row urban scholar, and much less of almost everything else. Berlinger knows that Mungin is as close to smart and accurate as the series gets. Smart and accurate may be nourishing, but it doesn’t get people to watch a four-hour Netflix documentary.

Alongside actual rigorous scholarship, Crime Scene wallows in pseudo-science and non-science. For whatever reason, Berlinger couldn’t find anybody with even a superficial connection to Lam to appear on-camera, but that didn’t stop him from getting psychologists to do absurdly in-depth analysis on her mental state on the basis of little more than social media postings. I felt legitimately embarrassed for every person in the docuseries attempting to do that, though not nearly as embarrassed as I felt for the journalist who has to talk about the Japanese horror film Dark Water and its American remake (“If you reduce the plot of Dark Water down to its basic elements, it’s almost the story of Elisa Lam,” the journalist says).

Spoiler alert: If you reduce the plot of Dark Water down to its basic elements, one plot point has a superficial similarity to the story of Elisa Lam.

Berlinger knows better, yet the series takes a wait-and-see approach to a lot of dumb stuff like that. Zapruder-like breakdowns of the elevator video bog down at least two full hours of Crime Scene, as does a long stretch on web sleuths’ obsession with a death metal singer named Morbid, who may have stayed at the Cecil once and therefore gets tapped as a suspect. Morbid had nothing to do with Lam’s disappearance and Berlinger, co-director of the landmark Paradise Lost documentary series is aware that even insinuating such culture/murder connections is dangerous. He lets it play out because a lot of his strategy is luring you in with salaciousness no matter how angry it makes you (or at least me). He knows better, but wants to make you worry that the documentary doesn’t, withholding facts and character details like a magician.

It’s a strategy that works best if you’re predisposed to buy any of the nonsense. There are points where you’re obviously supposed to feel guilty about how much you’re believing or wondering or doubting. Instead, I felt angry at people saying dumb things without immediate pushback.

My taste also runs afoul of Berlinger’s over-reliance on gauzy, chromatically confusing re-enactments. Maybe if this had been a two-hour film or even a three-hour series we wouldn’t have needed green-tinted footage of a nerd pretending to be a web sleuth doing nothing.

So much of how Crime Scene told its story annoyed me, and distracted me from how much here is good. The facts about the Cecil, even with no embellishment or insinuation at all, are gripping, and Price’s presence — especially when she explains how the hotel tried rebranding — is fascinating. When Mungin, a few other actual historians and former Cecil resident Kenneth Givens are talking, it gives a perspective that’s haunting without requiring an iota of supernatural blather. The second half of the last episode is actually poignant. There’s just a way to do a commentary on the corrosive effect of true-crime voyeurism without being so pervasively voyeuristic, and I wish Crime Scene had walked that tightrope more deftly.