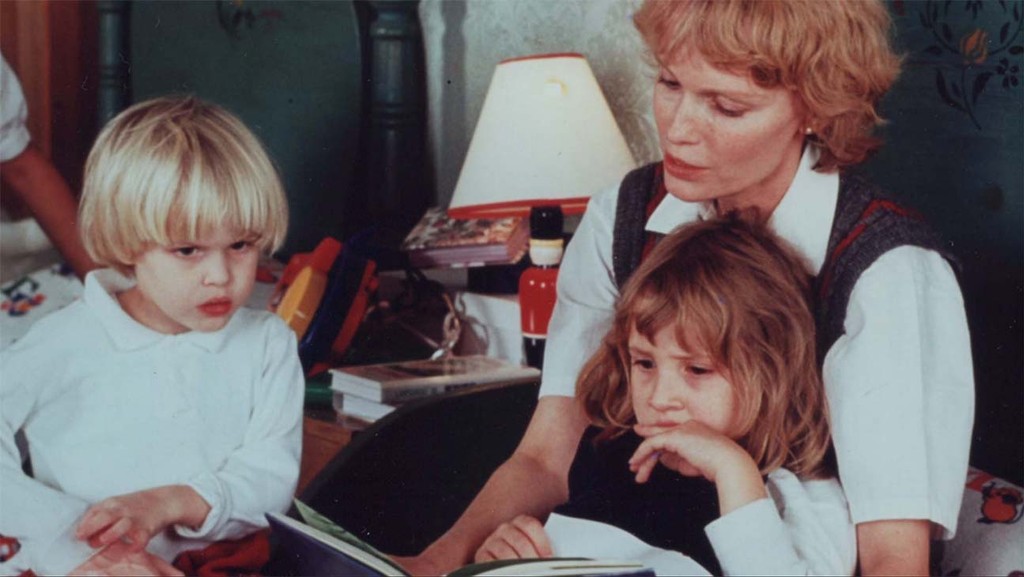 For the past decade, filmmakers Kirby Dick and Amy Ziering have been on a righteous crusade, casting light on institutional failures to confront sexual abuse and giving a platform to survivors. They’ve exposed rot in the military (The Invisible War), on college campuses (The Hunting Ground) and in the music industry (2020’s On the Record). Each documentary has concluded with a list of the accused and implicated who declined to be interviewed — unsurprisingly, as one can hardly imagine how it would behoove an alleged predator to appear in these movies. Dick and Ziering are filmmaker-advocates who may have begun their journey screaming into the void, but a cacophony has since risen up to join them.

In that light, it’s easy to see why the Woody Allen/Mia Farrow saga would be an appealing subject for Dick and Ziering. In 1992, Allen was accused of molesting his adopted daughter Dylan, then seven years old. The allegations, which Allen has repeatedly denied, resulted in neither criminal charges nor an outright exoneration and, for many years, seemed not to stick to the Oscar-winning director at all. But Dylan, her mother Mia and, most recently, her brother Ronan have brought the allegations back in books, op-eds and press interviews. Their persistence has generated ever-growing traction.

Dick and Ziering’s Allen v. Farrow, a four-part HBO docuseries, marks the latest step in the dissemination of their narrative. Using Dylan’s account of what happened as its centerpiece, supported by newly presented documents, audio and video recordings (the doc isn’t great at clarifying what exactly is never-before-seen/heard and what’s merely been resurfaced), it’s a harrowing watch. But there’s a difference between criticizing the survivor and criticizing the project constructed around her — which is important to note, because Dick and Ziering have made choices that don’t always work and built arguments that aren’t as convincing as Dylan’s own words.

In its first hour, Allen v. Farrow charts the Woody/Mia partnership from romance — they were together for 12 years but never married or officially cohabitated — and professional alchemy to eccentric blended family to nightmarish accusations and revelations, which included Woody leaving Mia for her adopted daughter Soon-Yi. Allen’s relationship with Soon-Yi — they’ve been married for 23 years now — is inextricably linked to the subsequent molestation allegations; Woody accused Mia of fabricating the charge, and brainwashing Dylan into believing it, out of a desire for vengeance.

Dylan’s story, told mostly in the second and third hours, is unwavering and unflinching. The directors frequently pair her words with haunting footage of the family’s Connecticut farmhouse, where the alleged abuse occurred. In contrast to joyous home movies of the huge Farrow family cavorting around the house and its adjacent lake, the shots of the empty home are murky and chilly, with happy family photos taking on a ghostly air when accompanied by Michael Abel’s mournful score. Dylan’s recounting of the alleged assault, filmed by Mia just days after it was reported to have occurred, is graphic and deeply disturbing.

Dick and Ziering set out to debunk common arguments made by Allen defenders. They showcase experts who discredit the Yale-New Haven Hospital report on Dylan — a primary piece of supporting documentation for Allen’s contention that Dylan either wasn’t being truthful or had been coached by Mia. They put Allen’s victory lap after Connecticut prosecutor Frank Maco decided not to bring charges, despite “probable cause,” in proper context (Maco didn’t want Dylan to have to endure the pressures of taking the stand).

But they aren’t as thorough with refutations when it comes to “the other side.” Moses Farrow has accused Mia of abuse and claimed Dylan was lying. Family members here call him a liar, and move on. Any claims made by Soon-Yi are even more critically dismissed, and there’s an occasional viciousness to how she’s treated in the doc. (Believe them or don’t, but the dynamic within the Farrow clan is unquestionably more complicated and fraught than what is acknowledged here.) Neither Moses nor Soon-Yi participated in Allen v. Farrow — nor did anybody who voices even superficial support for Allen. Rather, Allen is represented by passages from the audiobook version of his recent memoir, as well as phone conversations with Mia that the latter surreptitiously taped in the wake of their breakup. And it has to be said: Nobody defends Woody Allen worse than Woody Allen.

Dick and Ziering clearly thought the case they were building here was such a slam dunk that hubris set in. There is an evisceration of psychiatrist Richard Gardner’s theory of “Parental alienation syndrome” (according to which a child rejects one parent because the other parent demonizes them, often during a custody battle), the implicit basis for Allen’s defense of himself. But it feels like a topic that would have been better explored in its own doc. A family friend ventures several unsupported assumptions and pieces of unqualified analysis. Carly Simon pops up for no real reason, contributing little expertise or insight. The doc makes arguments about how Allen escaped consequences, and some are plausible, like the idea that the New York media was in the bag for the city’s native son. But if you’re going to imply that the amount of money Woody Allen productions brought into the Big Apple was enough for him to wield a vast amount of influence, there need to be receipts.

Less convincing still is the second episode’s use of Allen’s filmography against him, relying mainly on a cursory analysis of Manhattan and a montage of unsavory Allen-film tropes. Few at this point will claim that Allen’s romantic fixation on much younger women on-screen (and off) isn’t unsettling, or that his relationship with Soon-Yi hasn’t given those storylines a disturbing inflection. But suggesting that Allen’s films “groomed” audiences to accept his sleeping with his girlfriend’s teen daughter, and that that was a smokescreen for sexual abuse of a minor, is a reading of psychology requiring expertise beyond that of a cultural critic talking head.

These missteps limit the intellectual heft of Allen v. Farrow. The emotional heft, however, is sustained right through to the cathartic finale, in which writer Lili Loofbourow sums up perhaps the overarching thesis of Dick and Ziering’s oeuvre: “So much of this is about our willingness to not know the thing so that we don’t have to deal with it.” Even doubters have to deal.