Home Cryptozoology News How Disney plans to turn the universal appeal of dragons into movie... 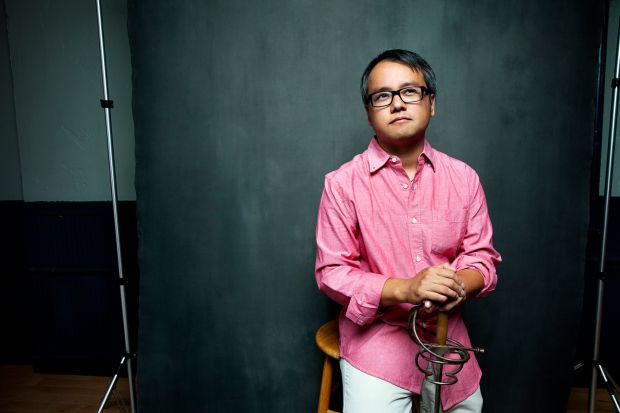 During Roman times, cartographers would use the inscription HIC SVNT LEONES to denote unexplored territories on maps, a Latin phrase that translates as: “Here are Lions”.

During medieval times, strange and unexplored lands on maps were marked by drawings of dragons and sea serpents, and other ominous looking fictional animals and the Latin phrase “Terra incognita” or “terra ignota” which stands for land unknown.

By the 16th century, an equivalent phrase found its way onto the Hunt-Lenox Globe, the third oldest terrestrial globe in existence: “HC SVNT DRACONES” or “Here be dragons.”

The warning phrase was stamped near the coast of eastern Asia, but it might easily have appeared elsewhere.

Many cryptozoological marvels are geographically tethered. The liver birds, a close-cousin of the dragon, are city guardians exclusive to Liverpool. The chupacabra has been sighted in Mexico and Puerto Rico but remains Latino loyal. Could anyone name Scotland’s second largest lake were it not for the Loch Ness monster?

Dragons, however, get around.

The East has a very strong love and affection for dragons, but these dragons are very different from what you see in Game of Thrones

They always have. The mushkhushshu, a dragon from Mesopotamian mythology, appeared on the reconstructed Ishtar Gate of the city of Babylon, dating to the sixth century BCE, and on the ‘Libation vase of Gudea’, a tankard dedicated to Ningishzida by the Sumerian ruler Gudea during the 21st century BCE.

Dragons are mentioned, by name, at least thirty-five times in the Bible: with 22 mentions in the Old Testament, and some 13 additional references in the book of Revelation.

Hanging above the entrance of Krakow’s Wawel cathedral are the “real” bones of the Smok Wawelski – the Wawel dragon – “magical” relics that are actually comprised from the bones of a mammoth, the skull of a Rhinoceros tichorhinus, and half of the mandible of a whale.

Warring red and white dragons do battle in the 12th century Welsh language chronicle, the Mabinogion; the former beast has symbolised Wales since (at least) AD 829, when it was noted in the Historia Brittonum. Quite unlike his Celtic cousins, the Turkish Ejderha dragon secretes flames from his tail.

No country can rival Ireland, as noted by the author James Bonwick in 1894, in its firm stance against dragons, serpents, and gigantic worms of all kinds. Duanaire Finn, a 17th century collection of Fenian lays commissioned by exiled Gaelic “Earl” Somhairle Mac Domhnaill, depicts the péist – slaying adventures of the Fianna. In The Pursuit of Sliabh Druim, Fionn lays waste to the dragons of Loughs Neagh, Cuillean, Erne, Eiach, Lein, Righ, Sileann, Foyle, Eamhuir, Meilge, Sera, Mask, Laeghaire and Lurgan. The river serpents of the Shannon and the Bann do not survive the same cull.

Raya and the Last Dragon, a new animation from Disney, features the voices of Kelly Marie Tran (as the wandering warrior of the title) and Awkwafina, as Sisu, the sole survivor of a serpentine species thought to be extinct.

The plot runs thus: long ago, in the film’s fictional world of Kumandra, humans and dragons lived together in harmony until shadowy monsters known as the Druun descended upon the land. The dragons, dutifully, sacrificed themselves to save humanity. Five centuries on and the Druun return, leaving Raya and Sisu as the last line of defence.

“The East has a very strong love and affection for dragons, but these dragons are very different from what you see in Game of Thrones,” says Qui Nguyen, who co-wrote the script with Adele Lim.

“Obviously, dragons mean a lot to eastern cultures. I was born under the sign of the Dragon. It’s my turn Chinese zodiac sign. And that was something that my parents made a big deal out of. It’s a sign of power and leadership and my parents told me it showed that I meant to do something. Growing up, my favourite dragon was not a dragon but Bruce Lee. He’s someone that represents all that symbol means. He was the only Asian I saw in big movies when I was growing up. He made a big noise. That’s why he had the nickname, Little Dragon.”

Raya’s dragon is not only a departure from Game of Thrones’ Drogon, Rhaegal, and Viserion, it’s a very specific breed. Across Asia, there are distinct regional variations among dragon-kind. The Tibetan Druk guards Shangrila; the Levantine Lotan serves the sea god Yam; the Khymer Neak can have as many as nine heads (odd-numbered heads denotes a male beastie); the Philippine Bakunawa is a beautiful goddess transformed into a sea serpent, tales of the Persian Zahhak have been terrifying readers since 5th century BCE religious texts of Zoroastrianism.

In this spirit Raya’s dragon is not a dragon like the sort fatally wounded by King George, but a nāga; a semi-divine, half-serpent deity, known to reside in the netherworld (Patala) according to various traditions within Hinduism, Buddhism and Jainism.

“It’s very specific to Southeast Asia,” says co-director Don Hall, who previously helmed Big Hero 6. “It looks different, it’s very serpentine. And it has this very deep connection with water in that region. It was really rewarding to take in all that research and to build that into a character. I think Sisu will become one of the most beloved characters in the Disney pantheon.”

In terms of dragon species in other movies, Sisu is closer to Haku in Studio Ghibli’s Spirited Away than to Mu-Shu in Mulan. (Even if Akwanfina’s energetic performance recalls Eddie Murphy’s vocal turn in the 1998 film.) It’s still a new (if ancient) kind of movie dragon, insist the filmmakers.

“When I first came to Disney, they were still forming what the story would be,” recalls Adele Lim. “All that they would tell me over the phone was that it was Asian inspired and it’s going to have a strong kick-ass female warrior and a dragon. And I said: ‘Stop. A dragon? I’m completely in.’ I grew up in southeast Asia but I’m ethnically Chinese. My family has lived in Malaysia for a long time. The Chinese have their dragon. But in southeast Asia there are nāga. They are called nāga across many of the languages of southeast Asia. They have magical properties. So this is a form of dragon that the world really hasn’t seen before.

“And we got really excited about thinking about what this could mean, if it changes what people think about dragons. And add to that Sisu’s personality. She’s goofy. She trips on herself. She’s not really what you think of in terms of being a world saving mythical dragon.”Akwafina’s winning performance may give Raya and the Last Dragon an edge in a precarious market.

Dragons have been a movie staple since the 1920s when the muscle-bound Siegfried (Paul Richter) slays a dragon and bathes in its blood in the first part of Fritz Lang’s 1927 adaptation of Die Nibelungen, a gloriously staged Aryan myth that was dedicated to the German people and became a great favourite of Adolf Hitler and Josef Goebbels.

Dragons are universal. Dragon movies are not. Surprisingly few subsequent dragon-starred films have matched the success of Lang’s five-hour epic. Dragonheart, featuring Sean Connery’s voice in a dragon’s body, was a modest hit in 1996; Terry Gilliam’s Jabberwocky (1997), a Dark Ages comedy featuring Michael Palin, was rather less successful. Q – The Winged Serpent, featuring wonderful  stop-motion animation by Randall William Cook and David Allen. scared up a mere $255,000 at the box office in 1982.

Reign of Fire (2002), which was partly shot in Ireland and boasted Christian Bale, Matthew McConaughey and Gerard Butler among its cast, made just $60 million back of its $82.2 million production budget. Eragon (2006) was supposed to be the first instalment in a major franchise based on Christopher Paolini’s bestselling Inheritance Cycle book series. It wasn’t.

The makers of Raya and the Last Dragon remain cheerfully optimistic. After all, they have Awkwafina.

“She’s like the secret sauce,” says Adele Lim, who also wrote the script for the actor’s breakout movie, Crazy Rich Asians. “She comes from different cultures. She’s Asian-American. Her appeal is global. We’ve seen that. That’s what Sisu embodies. She’s all these different things. She’s mystical. She’s quirky. You can look at The Genie in Aladdin in terms of how much fun she is. But we wanted the dragon to be female. And there aren’t many other movies with a female hero and a female sidekick. So that’s new, too.”

“She has been our best kept secret since we recorded her,” adds co-director Carlos López Estrada, who previously earned rave notices for his 2018 Sundance breakout, Blindspotting.

“We keep bringing up this moment when Akwafina was recording and she turned around with a smile on her face and said: ‘I’m recording this scene between three strong female characters.’

“It’s crazy to say that doesn’t happen too often. And it helps Raya and the Last Dragon to feel alive in a way that we’re all very proud of. It’s surprising. The music choices, the fight scenes, the editing style, the cinematography. It’s fresh but it’s still a classic fantasy adventure movie.”