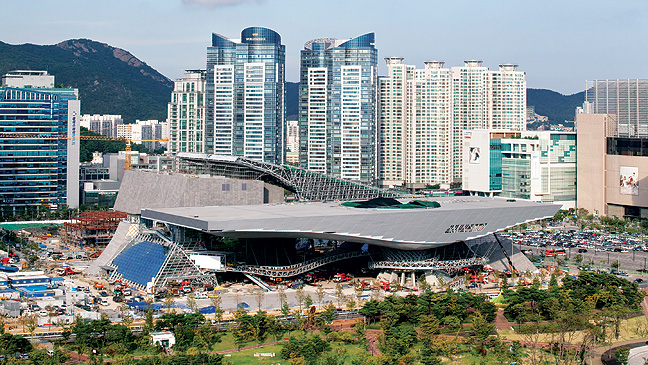 Huh has been the acting head of the Cinematheque Busan since 2005, as well as program director of the Busan Cinema Center. He also served as the Busan International Film Festival’s Korean cinema programmer for a five-year stint in the early 2000s, following a distinguished film writing career for various local publications.

In a parallel appointment, Oh Seok-geun, former chair of the Korean Film Council, replaced Tcha Sung-jai as co-director of Busan’s industry trade show, the Asian Contents & Film Market. A founding member of the Busan festival, Oh also is a noted producer (Camellia) and director (The 101st Proposition, Love Is a Crazy Thing). He previously headed the Busan Film Commission and the Asia Film Commissions Network.

Both appointments were unveiled Thursday following the festival’s annual general meeting. “With many years of experience in the film industry, the newly appointed directors Huh Moon-young and Oh Seok-geun will be at the forefront of successfully holding the festival and market, and developing its visions for the future,” the festival’s organizing committee said in a statement.

The two industry veterans will work to bring stability to Busan after a multiyear period of internal turmoil and external political conflict. Although Korean cinema’s international reputation has continued to soar in recent years, the country’s flagship film event has experienced a slip in regional influence amid ongoing distractions caused by power struggles.

Former festival head Jay, who had served in the role for three years, made his sudden departure in January, announcing the exit over Facebook. “My time has mostly been happy and rewarding although some of it was peppered with some painful moments,” he wrote. “I feel terribly sad that I am leaving BIFF not having resolved the difficult issue of the founders and leaders of BIFF being pitted against each other as they are exploited by politicians driven by various ulterior motives.”