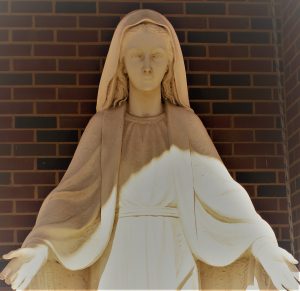 Do you have ghostly encounters?

Approximately half of Americans participating in surveys claim to believe in ghosts, demons, hauntings and the supernatural world. That obviously doesn’t include those who choose to keep silent on the matter. I don’t know where these surveys come from, but they’re apparently out there. Each year on Halloween an emphasis is placed upon the dark mystic renderings of spooks and goblins. Is it a time to celebrate? Yet, it stands to reason, the other half in these surveys do not believe in such. They claim there are many natural explanations for the presence of ghostly activities factoring into the equation.

Is it our own minds playing tricks upon us (some sort of psychic projection of the mind)? Is it a medication (medical or recreational) issue? Are the creaks and noises just the house settling? Perhaps it’s a general fear of the unknown? Or, on many occasions, could it just amount to people creating (sometimes desiring) situations that are mistaken for paranormal activity? We tend to rationalize and interpret these events as “ghosts.” Then there are paranormal television shows, movies and books out there to fuel the fire. Do some people feel the need to embrace something other than a perceived mundane life? Do they need some excitement and action to compliment their 9 to 5 lifestyle? That is often the case.

The investigation of the paranormal is an expensive hobby; one with potentially a suitcase full of expensive equipment, a liberated wallet and drastically-altered sleep patterns. And, unless you’re a popular paranormal television star hitting the book and lecture circuit, you won’t be making the rent or mortgage payments from it.

The fact still remains that after decades of paranormal investigations – through a wide-ranging cast of characters – we have yet to confirm what a ghost/spirit actually is. So consequently, if  “it” does have physical or spiritual ramifications as they touch our world and can be properly measured with undeniable proof, thus far that has eluded us after all these years. Some will claim there is no scientific evidence there is a spiritual world for departed spirits to pass into; unless you consider what the Bible has to say about it all. You really should. We all will pass to eventual Judgment, and heaven (or hell) lies in our future.

The Bible states “Man is destined to die once, and then comes judgment.” (Hebrews 9:27) Yes, there are ghostly encounters throughout the Word (the occasion where a despondent King Saul summons up the departed prophet Samuel, for example), but nowhere does it state that the spirits of the deceased have the ability to hang in limbo around the physical earth after their death. In death, there is no in-between area where a departed spirit ping pongs back and forth about. The Bible is very specific about spiritual beings that are either good (angels) or very bad (demons). Angels are good and faithful in their desire to serve God and assist in His work. Demons, however, are fallen angels in open rebellion to God, and have been for a very long time! They are always evil in intent (on varying levels), destructive, and possess the ability of deception. This is the rub – ‘deception’ – that has made me rethink everything I have ever believed about paranormal investigation over the years.

I still believe in my ministry to assist those who need help with paranormal problems. However, my days of adrenaline soaked ghost hunting excitement are long over.