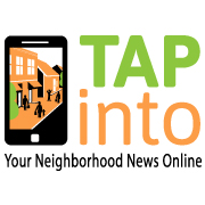 I am not a fan of horror movies or horror books. As a child, I recall watching the black and white 1930s movies of “Frankenstein” and “Dracula” on the TV set in our living room. After my family watched Alfred Hitchcock’s classic, “The Birds” on TV, I walked upstairs to my bedroom and screamed when I saw what appeared to be a small brown bird coming out from underneath the linen closet door. It turned out to be one of my brother’s socks.

As a teen, I remember watching late night scary movies on Chiller Theater. I also remember watching “The Exorcist” in a rundown movie theater out on Long Island. I never paid good money to watch Texas Chainsaw or Freddy Kruger films at the movie theaters. But I did see the original 1970s movie, “Carrie.” I screamed, along with everyone else in the audience that night, when the hand came up from the grave at the end of the movie!

Why do people like to be scared? Stories, books, and movies have been scaring the pants off of humans for literally hundreds of years. In Germany, brothers Jacob and Wilhelm Grimm popularized the idea of telling and reading scary stories to children. First published in 1812, the collected stories known as “Children’s and Household Tales” presented dark tales of children lost in the woods, goblins, ghosts, witches, and evil stepmothers. Two hundred years ago, parents read “Hansel and Gretel” or “The Robber Bridegroom” as they tucked their young children into bed at night. Try falling asleep after that!

Our newsletter delivers the local news that you can trust.

You have successfully signed up for the TAPinto Katonah/Lewisboro Newsletter.

The scary creature known as the Boogeyman is referenced in stories around the world. From Eastern Europe to the British Isles, West Africa, South America, the Middle East, Italy, and Spain all had their own versions of the Boogeyman. These tales were often used by parents to frighten children into good behavior.

The Boogeyman, or Bogeyman, was described in the 1500s in England as a hobgoblin that tormented humans or played pranks. Other countries created tales with references to a goblin who rises at night from a swamp or bog. Over time, tales of the Boogeyman made their way to America. In Southern states, the word “booger” referred to a demon or ghost.

I was surprised to learn that the famous Spanish painter, Francisco Goya, painted a frightening scene in 1797 with the title, “Que Viene el Coco” translated as “Here Comes the Boogeyman.” The haunting image is of children cowering in fear in their mother’s arms as a cloaked figure approaches. Again, try sleeping after seeing that!

If the Boogeyman appears out of the fog and mists, he might be spotted somewhere near Shades of Death Road in Warren County, New Jersey. The locals refer to this six-mile two-lane road as “Shades.” According to the internet site, Weird NJ, the road winds past Jenny Jump State Forest near an old, haunted lakebed where occasional pillars of mist can be seen rising from the water.

Also known as “The Great Meadows Fog,” this marshy swampland was feared by locals for the annual malaria outbreaks starting in 1850. Since malaria is carried by mosquitoes, residents dreaded the hot summer months living near the swampland since they often lost friends and family members to the disease each year.

Local lore suggests that a series of murders also took place in the vicinity in the 1920s. In more recent times, reports of paranormal activity include claims of seeing dead people walking along in the mist at night on Shades of Death Road.

Kim Kovach has nightmares if she eats dark chocolate after 2 p.m. kimkovachwrites.com