For decades, the old Gilchrist County Jail in Trenton, Florida, has attracted thrill-seekers looking to have a supernatural encounter. Now, as the Orlando Sentinel reports, one lucky ghost enthusiast will be able to own the allegedly haunted location for roughly $140,000.

The defunct jail recently hit the real estate market for $139,990. For that asking price, buyers get eight bedrooms, eight baths, and a notorious history of ghost sightings. The old Gilchrist County Jail was constructed in 1928 and operated in North Central Florida until 1968. In 1966, a jailer’s residence was built on the property, where it still stands today. Prior to that, the inmates spent many nights locked away without supervision from guards.

Some ghost hunters who have visited the building claim to have recorded disembodied conversations and objects moving on their own. The site is currently owned by Arlene Hale, a paranormal enthusiast who received the jail as a gift from her husband. She has spent the last decade hosting ghost tours and monthly gatherings where people can experience any alleged presences haunting the property firsthand. Prospective buyers may even be invited to attend the next ghost hunters’ meeting.

The cells of a jail aren’t the coziest place to rest your head at night, but they could make for a unique tourist attraction for aspiring business owners. If you’re interested in owning the quarter-acre, two-story jail and any spirits that may or may not come with it, you can contact the realtor through the listing here. 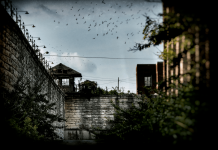 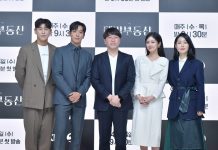 How to Watch ‘Sell Your Haunted House’ Kdrama Online – OtakuKart