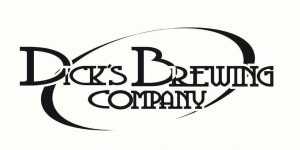 There is no denying there are many stunning places on earth with deserved bragging rights, but very few places can say they are home to one of the most famous monsters of all time. Thurston County can. Washington (and Thurston County) have many claims to fame, but one cannot think of the rainy climate and forest-strewn landscape without the elusive and mysterious Bigfoot, sometimes called Sasquatch, coming to mind. As usual, Thurston County has embraced the odd as one of their own, and treasured it with great pride. Honor the legend by learning a bit more about the history of bigfoot and how he came to be a Thurston County icon.

A History of the Legend

There have always been tales of wild men: beasts native to the unconquered and unexplored land who have yet to be properly unveiled. Bigfoot just happened to become famous. While there were vague tales of a hairy creature on the loose in the Pacific Northwest, the year 1958 was, by all accounts, the year the legend took form. According to a History.com article, on a morning of 1958, a journalist at the Humboldt Times received an amusing and rather strange letter about loggers in California. The contents of the letter were the last thing one would associate with loggers: They claimed to have stumbled upon large and hitherto unseen footprints. Thinking this would be a fun Sunday morning article, the journalist wrote a small segment on the piece but did not expect much more than a few readers. The idea of a beast lurking in the shadows of the forest fascinated the public, and the paper hastily began publishing follow-up articles. The term “Bigfoot” was coined at this time.

In the same year, probably as a result of the fame generated by the Humboldt, woodworkers along the Cascade Mountains began reporting sightings of humanoid creatures crossing roads, lurking through the woods, or even foraging for food. Of course, this only helped the legend grow. Once Bigfoot reached celebrity status, he began appearing in adventure novels and cheap paperback books. By the ’70s documentaries were trying to prove his existence, and in the ’80s, he became associated with nature conservation. Bigfoot has evolved exponentially and continued to do so until he became what he is today: an icon.

Today, Bigfoot is as popular as “Star Wars,” baseball, and Mickey Mouse. He is studied by scientists, tracked by cryptozoologists, written by authors, embedded in entertainment, and even cavorted as mascots. Sasquatch is nothing short of a celebrity. This fame has led to desperation to prove (or disprove) his existence. Bigfoot information websites, Bigfoot hunts, and even Bigfoot classes have sprung into existence to prove the existence of Sasquatch. Our neighbor, Grays Harbor County, has a Sasquatch Summit.

While most scientists do not believe in the existence of the beast, there are some notable exceptions. According to the Oregon Encyclopedia article, Jeff Meldrum of Idaho State University and Grover Krantz of Washington State University have both studied the biology of Bigfoot by examining the supposed pictures of the creature and the footprints. They believe the creature could be genuine. As stated on the site Washington Bigfoot, believers have many theories as to what Bigfoot might be. One of the most popular is the theory that Sasquatch is a gigantopithecus. This is a large ape creature believed to have last lived in Asia 300,000 years ago. People believe that this species crossed the Bering Land Bridge to settle in North America, evolving into Bigfoot. Other theories of the beast involve aliens, multi-dimensional beings, and a warped neanderthal.

Bigfoot in Thurston and the Surrounding Areas

More than a third of all Bigfoot sightings have been in the Pacific Northwest. Washington boasts the most Bigfoot sightings ever. Of course, the state has lapped the fame up. In 1969 Skamania County adopted an ordinance protecting Bigfoot (making killing him punishable with a $1,000 fine and a year in jail). According to the Bigfoot in Washington website, in 1970 Washington’s Governor ordered Bigfoot to be protected in the state, and made him Washington’s official State Monster. Senate Bill 5615 describes efforts to make Bigfoot the official cryptid of the state.

Thurston County has also been home to a world of Sasquatch love and has embraced the legend as part of its culture. It is common for members of the community to go on hikes around the areas supposed sightings have taken place. Brands have adopted Bigfoot to headline their logos. Thurston members add the hairy creature into artwork, woodwork, novels, podcasts and short films. The Lacey Museum put on a “Sasquatch Revealed” exhibit that featured the largest collection of Sasquatch-related artifacts and artworks ever assembled. Speakers, experts, and cryptozoologists travel to the area to give speeches. Similar to the salmon or the beautiful Puget Sound, Bigfoot has become ingrained into the culture of Thurston County.

It is no wonder why thousands of individuals are enamored with this monster. It represents the wild and the untamed that is vanishing quickly from the world. It is not about finding Bigfoot, it is about making the legend personal, something the locals of Thurston County have achieved.