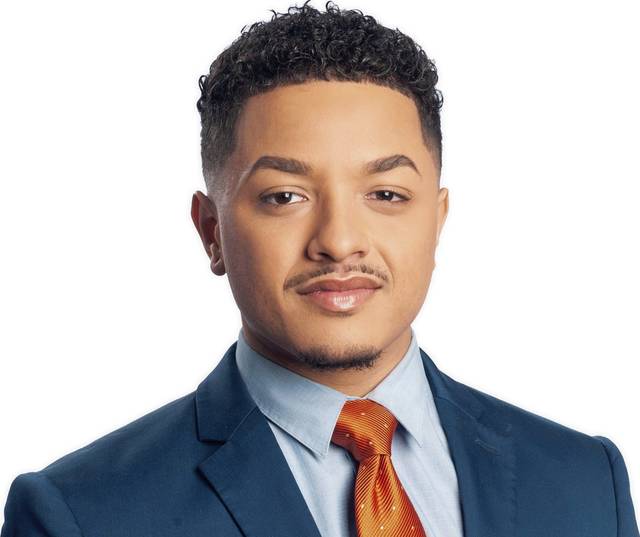 Q: Where has Paul Martino been? He’s no longer anchoring the weekend evening news on KDKA-TV. For at least the last three weekends they have been rotating between Bryant Reed and Royce Jones anchoring. They do not mention they are filling in for Martino. Is he possibly heading towards retirement? Before Brenda Waters retired last year she left the anchor desk weekend mornings to report during the work week and was retired months later. Just wonder if this is the direction Paul Martino is heading. Or am I just reading too much into this and it’s built-up vacation time?

Rob: Ryan is not reading too much into this. Martino has been re-assigned to Monday-Friday general assignment reporting and is no longer anchoring weekend evening newscasts.

Given the turmoil at CBS corporate – L.A. Times articles chronicled accusations of bullying female managers and blocking efforts to hire and retain Black journalists by two top CBS executives who have since been dismissed – one could imagine a scenario where interim CBS execs wanted to see more diversity in the anchor ranks of CBS-owned stations, which include KDKA.

Q: We have watched “Alaska: The Last Frontier,” “Mountain Men” and “Life Below Zero” for many years. Are the people that appear in them paid for their appearances?

Rob: Yes, participants in this type of docu-series are compensated for their time for filming these shows.

New episodes of “Mountain Men” will return this summer on History. “Life Below Zero” returns this fall on National Geographic Channel. No word yet if “Alaska: The Last Frontier” will produce more episodes for Discovery.

Q: Will all the former TV programming that Travel Channel and its co-channels moved to streaming ever return to cable TV? I have absolutely no intention of buying their streaming service.

I am a fan of some of the well done cryptozoology programs like “Expedition Bigfoot” but after two episodes of the second season it left the Travel Channel for streaming. I hope ratings for their cable channels and their streaming crash and burn — it would serve their greedy owners right.

For instance, starting April 20, “Deadliest Catch” episodes are premiering on streamer discovery+ a week before they air on cable’s Discovery Channel.

As for “Expedition Bigfoot,” the show’s second season, which already released on discovery+, will air on Travel Channel at 9 p.m. Sundays April 18 to June 20.

Q: I’ve noticed that Nathanial Arcand hasn’t been in “FBI: Most Wanted.” Is he done with the show or is it another commitment?

Rob: Hmm, he was part of and tweeted out this season two promo back in November so he’s definitely worked on season two (IMDB.com suggests he was in the first three episodes). As far as where he’s been, I don’t know, but my understanding is his character, special agent Clinton Skye, will be back soon.

Q: I watched the excellent Ken Burns/Lynn Novick “Hemmingway” series on WQED-TV last week. Do you know why Tuesday and Wednesday night’s episodes were preceded by five minutes of a totally blank screen? Was that a local or network problem?

Rob: It was a WQED issue emblematic of the problem with an automated control room.

You can reach TV writer Rob Owen at rowen@triblive.com or 412-380-8559. Follow Rob on Twitter or Facebook. Ask TV questions by email or phone. Please include your first name and location.