Home Cryptozoology News Are there flying dinosaurs in NC? One woman says shes seen them... 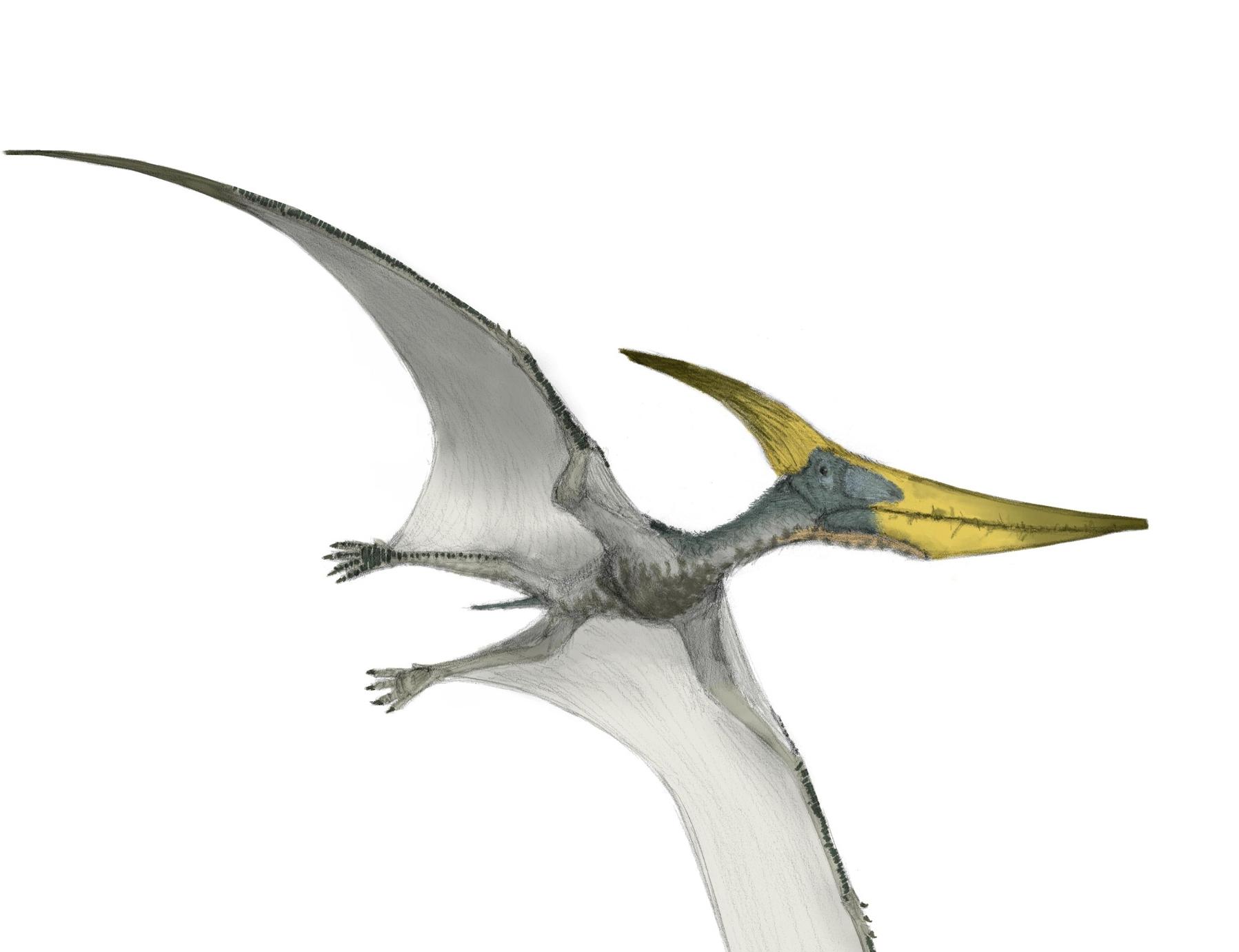 RALEIGH — As a cryptozoologist, Jonathan Whitcomb specializes in creatures that do not plausibly exist — including mythical beings such as yeti, bigfeet or — Whitcomb’s specialty — modern-day dinosaurs.

As a self-described “modern pterosaur expert,” the Utah-based author is circulating news and running websites that describe encounters with prehistoric, flying reptiles that scientists classify as thoroughly extinct.

In his collection of pterosaur sightings, Whitcomb counts nine in North Carolina, including one winged beast that appeared in Raleigh only last week.

“It had a long tail with a diamond-shaped bulb on it,” said Cynthia Lee, 20, who spotted the mysterious thing at a North Raleigh bus stop. “It was dark brown.

“It had this weird crest. I drew a picture of it.”

Dismissed as lunacy by paleontologists and other academics, Whitcomb’s work is still finding currency — at least online.

“My associates and I believe that these are non-extinct pterosaurs,” he wrote in his release to The News & Observer, “what many persons would call ‘pterodactyls’ or ‘flying dinosaurs.”

Based on fossil evidence, most scientists believe pterosaurs — commonly (and incorrectly) referred to as flying dinosaurs — went extinct more than 66 million years ago. Whitcomb, a creationist and evolution denier, describes himself as a scientist despite having no formal background in paleontology.

Pterosaurs were flying reptiles of the extinct order Pterosauria. They existed during most of the Mesozoic, from the late Triassic period to the end of the Cretaceus (228 to 66 million years ago). They are the earliest vertebrates known to have evolved powered flight.

There is no fossil evidence that any pterosaurs survived past the Cretaceous period.

The term “flying dinosaur” commonly used to refer to pterosaurs is scientifically inaccurate. The term “dinosaur” is restricted to reptiles descended from the last common ancestor of two groups, which excluded pterosaurs. But pterosaurs, like dinosaurs, are more closely related to modern birds than to crocodiles or other living reptiles.

“I can’t believe that if there were living pterosaurs in North America, three centuries of naturalists, explorers, farmers, hunters, trappers and biologists would never have run across a single specimen, living or dead,” Cartmill said. “What do these big flying animals eat? Where do they roost?

“I’d rank it as being slightly more probable than living unicorns in Raleigh and Durham. But only slightly.”

When asked about the alleged sightings, Lindsay Zanno, assistant research professor and head of paleontology at the North Carolina Museum of Natural Science, had a succinct response: “Pterosaurs are extinct and have been for 65 million years.”

Whitcomb says that there have been sightings of pterosaurs in 33 states and Washington, D.C. and that people who saw them emailed him and called him. Whitcomb identifies only one of his witnesses by name. At least one of the “sightings” was gleaned from an online forum.

Some of the sightings were allegedly in Raleigh and Durham, Whitcomb said. None of the “sightings” he describes are supported by any credible photo or other forensic evidence.

Lee, 20, studying to become a veterinary technician, reported a sighting to Whitcomb and described three sightings since last June in an interview with The News & Observer on Wednesday.

The first came while she was standing at a bus stop in North Raleigh. Lee said she looked up after something cast a huge shadow on the ground. The second sighting came a month later, and though this pair of pterosaur-like creatures did not have crests, they also lacked feathers. Lee began a Google search for pterosaur reports and discovered Whitcomb’s site.

The third sighting came last week following Wednesday’s snow. Lee was taking an Uber ride to work when she saw the same crested creature out the window. The driver did not see it.

Lee also told Whitcomb about a sighting by her family years ago: “My mother and uncle saw one too while they were playing outside of my grandma’s house when they were really little. They told grandma, but she didn’t believe it. I thought they were extinct.”

A man was driving on Interstate 540 in Raleigh late in March 2013, when he said he saw a “HUGE bird looking thing fly across the over-pass I was on, maybe 20-25 feet in front of my car and about seven or eight feet off the ground.” He reported the encounter on an online forum and titled his experience “I saw a Pterodactyl up close tonight.” He described it as “bat-like in a way … (with) a LONG tail with a spade at the end.”

Several commenters on the thread suggested that it was likely the man saw a great blue heron — not a pterosaur.

Two eyewitnesses saw a flying creature, possibly the same species, in 2007 but on the south side of Raleigh, Whitcomb said. One of the two allegedly reported it to Whitcomb and said, “The tail and the head shape is what stood out the most, and the feet. That’s how come I knew it just wasn’t a bird. I thought dinosaurs.”

In Durham, another eyewitness allegedly saw a “pterodactyl” in 1993 and years later reported it to Whitcomb, he said: “huge bat like wings … I estimate wingspan was like 10 to 15 feet.”

In 2010, another eyewitness allegedly told Whitcomb, “I was driving home from dropping a friend off at school. When I was almost home (passed the Food Lion on Commerce Road, going towards Country Club Road in Jacksonville), I saw something huge above me in the sky. It looked like a pale greenish white and smooth-skinned. It didn’t appear to have any feathers, and it had the tail with the diamond shape on the end.”

In 2012, Whitcomb said he received an email from a man who, with his cousin, saw something bringing to his mind the word “dragon.” That encounter was in October 2009, in Charlotte. The man told Whitcomb, “It looked like what I had seen in a Jurassic Park movie.”