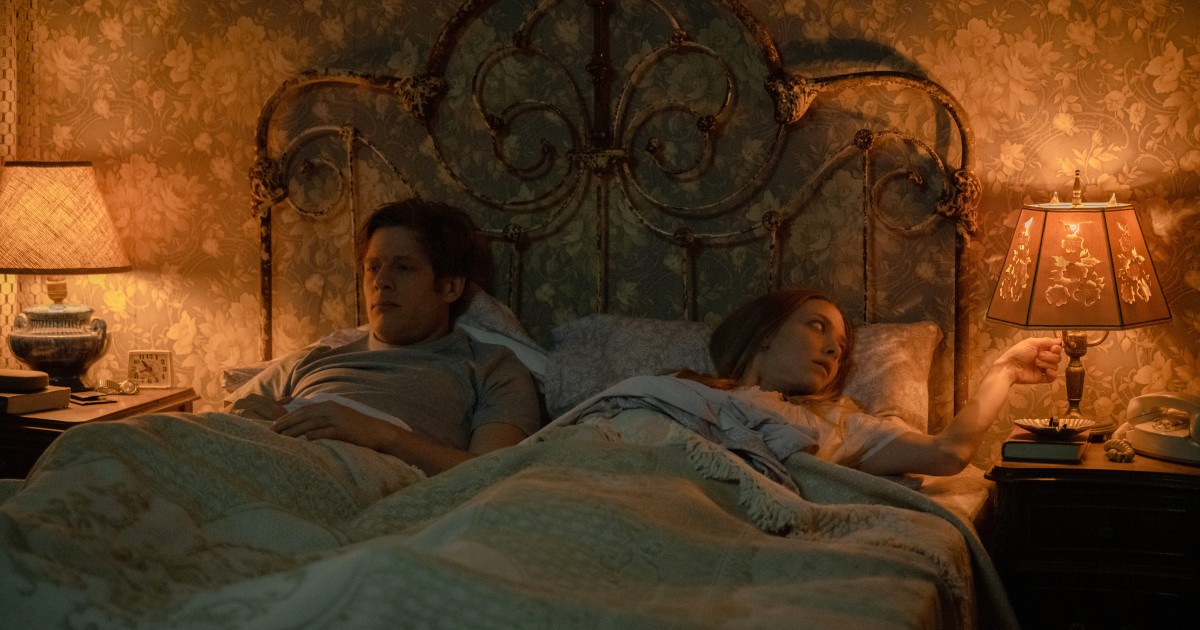 Elizabeth Brundage’s 2016 novel “All Things Cease to Appear” is part ghost story and part mystery, set across multiple decades in and around an upstate New York farmhouse where unimaginable tragedies keep occurring. The book offers an elevated, literary take on multiple genres, though its overall focus is less on crime and suspense (though those elements are certainly there) and more on several women who’ve seen their lives upended.

The movie version, “Things Heard & Seen,” narrows that focus to one woman: Catherine Clare (Amanda Seyfried), who reluctantly left the city and moved to the sticks with her university instructor husband George (James Norton) and their young daughter. As she gets to know her neighbors and learns more about her new town’s sad history — and as George starts spending more time flirting with coeds than helping out at home — Catherine gets inspired to change her lot, perhaps by abandoning her marriage entirely.

The writer-director duo of Shari Springer Berman and Robert Pulcini necessarily streamlined Brundage’s multilayered, multigenerational narrative. They tell the story more or less in a straight line, and while they keep most of the important minor characters — including one of George’s suspicious colleagues, played by the magnificent Rhea Seehorn — they don’t go into as much depth on their backstories.

Initially, this isn’t a problem. “Things Heard & Seen” starts strong as a portrait of a seemingly perfect couple whose underlying weaknesses cause their household to crumble. This collapse plays out against the backdrop of a heavily stratified community, where the working-class locals struggle while the college kids and rich vacationers live like kings.

But while the cast is great, the milieu is vivid, the images are polished and the atmosphere is effectively moody, “Things Heard & Seen” fails to connect on a visceral level. Catherine has a few paranormal encounters in the farmhouse and enlists an expert from George’s faculty (played by F. Murray Abraham) to help investigate; but the haunting barely provokes any chills. Later, when the region is rocked by a series of murders, the crimes happen too deep into the movie’s final act to generate much action and suspense. (Also, we see them as they’re committed, which eliminates the “whodunit” factor.)

By the time the movie reaches its poetic, elusive ending, “Things Heard & Seen” has lost most of its early promise, becoming frustratingly flat. The pieces of the novel Berman and Pulcini chose to put into this movie never quite coalesce. The filmmakers have, however, produced a pretty persuasive two-hour commercial for the book.